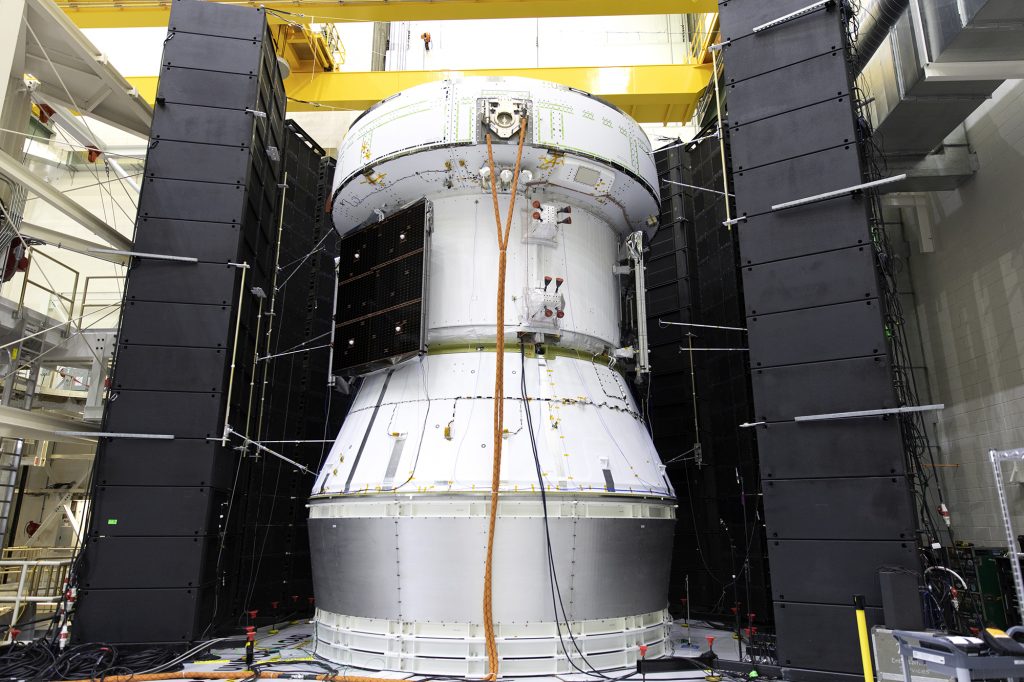 NASA’s image of the day featured the European Service Module being tested: “Orion’s service module for NASA’s Artemis 1 mission completed acoustic testing inside the Operations and Checkout Building at NASA’s Kennedy Space Center in Florida last week. The tests were the latest step in preparing for the agency’s first uncrewed flight test of Orion on the Space Launch System (SLS) rocket.

Teams completed the test May 25, 2019, and technicians will analyze the data collected during the tests to check for flaws uncovered by the acoustic environment. During the testing, engineers secured the service module inside the test cell and then attached microphones, strain gauges and accelerometers to it. They conducted a series of five tests, with acoustic levels ranging from 128 to 140 decibels – as loud as a jet engine during takeoff.

Artemis 1 will be the first mission launching Orion on the SLS rocket from Kennedy’s Launch Pad 39B. The mission will take Orion thousands of miles past the Moon on an approximately three-week test flight. Orion will return to Earth and splashdown in the Pacific Ocean off the coast of California, where it will be retrieved and returned to Kennedy.”