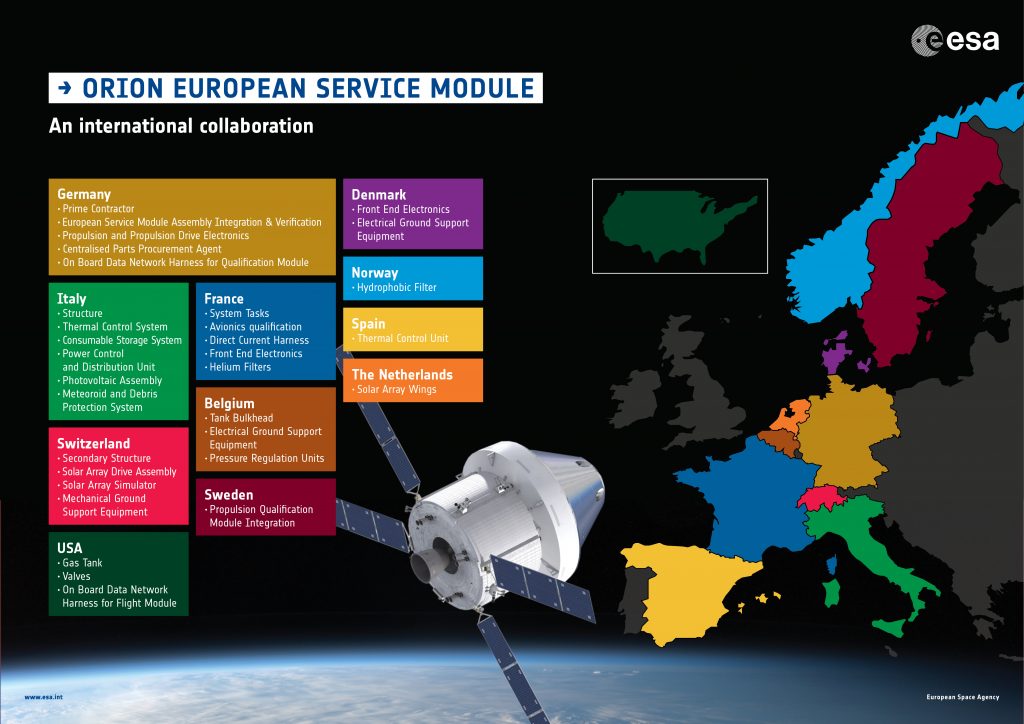 As the first European Service Module for NASA’s Orion spacecraft is being assembled in Bremen, Germany, suppliers all over Europe and the US are delivering their components that will form the chassis and supply life-support and propulsion to the Orion capsule.

Companies from 11 countries have built spacecraft-specific parts for Orion or supplied their proven space-hardware to construct the spacecraft that will fly further afar than any other human-rated spacecraft.

The prime contractor for the European Service Module is Airbus Defence and Space, a European multinational that has put its Bremen facility in charge of the service module programme. As ESA’s direct interface Airbus is responsible for the complete package, assembling the parts in its Bremen halls and verifying that the components work as expected. They are the centralised company that orders all parts for the European Service Module, keeps track of orders and ensures parts get shipped to the right place at the right time. The engines and electronics to drive the thrusters come from an Airbus subsidiary in Lampoldshausen , these are the same people that supplied the engines for ATV. The company Leoni, also based in Germany, is responsible for the network of cables for the module’s electronics – transmitting all the data from engine temperature to levels of oxygen in the tanks. 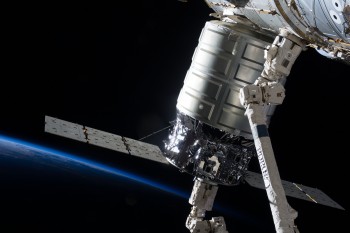 Italian spacecraft construction can be seen on the International Space Station in the Columbus module and the Cupola as well as in the US Harmony and Unity modules and Leonardo Permanent Multipurpose Module and the Cygnus spacecraft pressurized module – these modules and spacecraft hulls where all constructed in Turin, Italy. Thales Alenia Space is making the structure for the European Service Module in Turin too, including the protective shield called the Meteoroid and Debris Protection System. They are also developing the Thermal Control System to keep hardware at the right temperature in space, using both active systems not dissimilar in theory to a household refrigerator as well as passive systems such as heat-sinks. Thermal Control Units that make up the system are made in Spain by CRISA. Thales is also responsible for the Consumable Storage System that includes water, oxygen and nitrogen. The Italian company Selex ES is making the Power Control and Distribution Unit. Lastly Selex is taking individual solar cells that are shipped from the US and assembling them into larger panels. The panels are then shipped to The Netherlands where Airbus Defence and Space Netherlands incorporates them into the full Solar Array Wings. 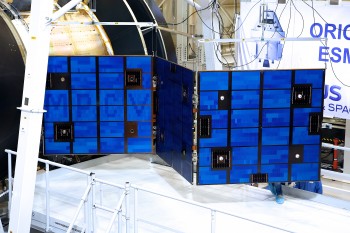 The electronics that drive the Solar Arrays are made in Switzerland by RUAG. As the panels should ideally be facing the Sun at all time to generate as much electricity as possible they can swivel independently of the spacecraft. RUAG is also making the secondary structure that includes the supports for components inside the cylindrical structure made by Thales. Swiss company APCO is taking care of two vital parts of spacecraft design that never go to space: the Solar Array Simulator to test the solar panel unfurling and and the Mechanical Ground Support Equipment – think scaffolding and structures to support the spacecraft during assembly.

Belgian company Sonaca is supplying the tank bulkheads – the spherical ends on each tank – with US company Vivace supplying the cylindrical gas tanks. A Belgian subsidiary of Thales Alenia Space is supplying the Pressure Regulatory Unit to… regulate the pressure of liquids and gasses during flight. Antwerp Space is taking care of all the Electronic Ground Support Equipment such as power cables, multi-meters and other diagnostic devices. Rosving in Denmark also does work on the Electronic Ground Support Equipment.

Oxygen and nitrogen is stored separately and mixed before sending to the crew module for the astronauts to breathe. The gases pass through a hydrophobic filter made by Norwegian company Prototech to ensure no water gets into the air. 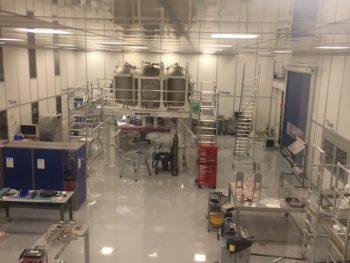 PQM testing at OHB in Sweden

Companies that are part of Airbus in France are working on the “Systems Tasks” which includes the user manual, defining terms used, ensuring coherency throughout and basically making sure everything works correctly. At Les Mureaux engineers are responsible for the Avionics Qualification, making sure the spacecraft will fly as needed by developing software and simulations. Here the Front-End Electronics – the boxes that ‘talk’ to each other – are put through their paces to make sure they talk the same language.

In Sweden the Propulsion Qualification Module is put together, more information in this blog post. The module will be moved to White Sands Test Facility in USA for testing – more about this in future blog posts.

It takes many specialists with technical know-how to create a spacecraft and we will go into each subsystem in more detail in blog posts country-by-country.