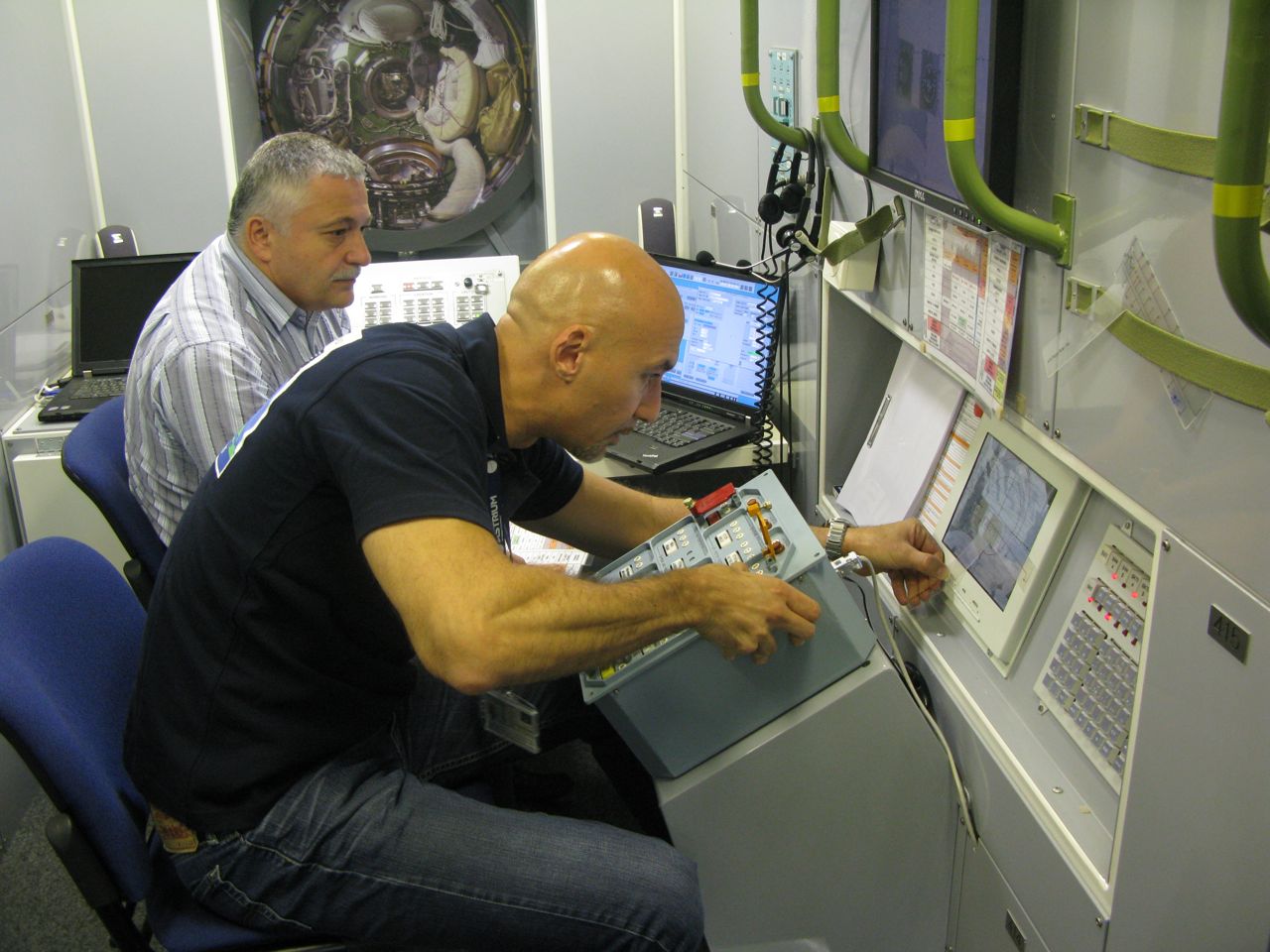 Part of ESA astronaut Luca Parmitano’s busy schedule in the run up to his Volare mission includes final ATV training and exams. Unlike Luca who has to travel the world for his training, you can try your hand at ATV training from home.

Luca already completed ATV training at the European Astronaut Centre in Cologne, Germany and is qualified for undocking ATV as well as backup crew for docking.

Luca was put under a series of simulations last week to refresh and test his skills together with cosmonaut Oleg Kotov, but this time at the Yuri Gagarin Cosmonaut Centre, Star City in Russia. On a given day up to 11 simulations are run where Luca and Oleg have to work together as operators one and two. In addition Luca conducted many simulations on his own. During the simulations, ATV is put through the worst possible scenarios to test the operator’s skills to the limit.

Luca explains: “For me, a failure is when the safety of the spacecraft is compromised. During an exam a failure is more restrictive. You might take the right action with the correct result, but a few seconds too late, and your score might not be 100%”

Despite this, when we talked to Luca on Wednesday last week, Oleg and Luca achieved a full success rate. As his exam was this week Luca explained: “Any other result would have been bad news”.