With ATV-3 securely docked to the Space Station and Dutch ESA astronaut André Kuipers in charge of unpacking it is only fitting that we continue our investigation of ATV’s European origins with a post on The Netherlands’ contribution to ATV. 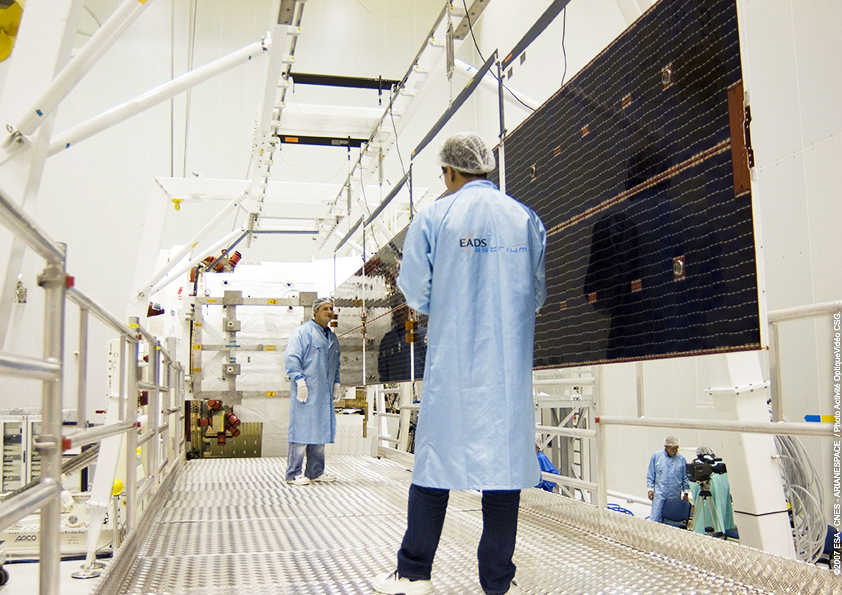 The solar panels, providing all the power to ATV, are supplied by Leiden-based company Dutch Space. The panels weigh 160 kg and are over 22 meters long when unfurled. Dutch Space also supplies the solar panels for the future constellation of Galileo satellites.

While unpacking, André will be pleased to know that ATV’s ventilation system is provided by Bradford Engineering. Despite the English sounding name, Bradford Engineering is based in the Netherlands, near the Belgian border. The ‘Cabin Fan Assembly’ assures that air is properly circulated in the ATV.

Without proper ventilation astronauts would suffocate on their own carbon dioxide that they breathe out. With suitable pride a Bradford Engineering employee told us that the ATV fans are so quite some astronauts move their sleeping bag to ATV for a quite night’s sleep.

Nspyre was involved in the verification and validation of the complex docking software used on ATV.

Lastly, but very importantly, the ATV management team is based at ESA’s technical

centre ESTEC in Noordwijk. This is also where all ATV’s are given a final test for space worthiness at the European Test Service building. All ATV’s are shaken and put in a large vacuum chamber to ensure they will withstand launch on an Ariane 5 rocket.