For the first time, mission controllers at ATV-CC in Toulouse successfully communicated yesterday with ATV in orbit via the ‘Back-up Proximity Link’. The link uses ESA’s ESTRACK station network to send telecommands and receive telemetry directly to/from the vessel via ATV’s proximity link radio system. (The prox link is normally used for ATV-to-ISS telecommunication during docking; but it’s more than capable of talking direct to ESTRACK stations on Earth).

ESA’s 15m stations at Maspalomas and Villafranca, Spain, and Redu, Belgium, were used in yesterday’s test, which confirmed the availability of an additional operational communication link with ATV-3. The stations are controlled from ESOC, the European Space Operations Centre in Darmstadt, Germany.

And the ESTRACK stations performed flawlessly!

For more background on the back-up proximity link system and how it was developed, read our earlier posts below; these describe (a) the successful first-ever test of the system, when ATV-2 was mounted on top of Ariane 5 at Kourou last year and successfully communicated with ATV-CC via the ESTRACK station in Kourou, and (b) successful test of communication between ESTRACK stations and the prox link radio mounted on the ISS.

And — just because ESTRACK stations are gorgeous — here are the webcam views of ESA’s 35m stations in Cebreros, Spain, and Malargue, Argentina: 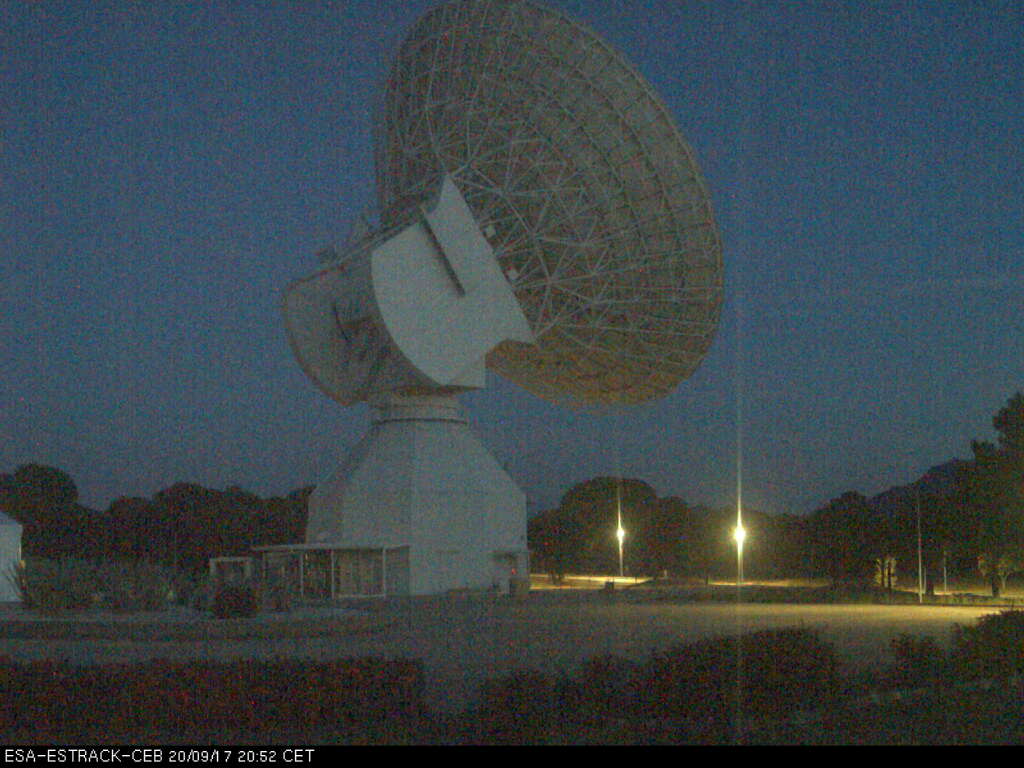