While we wait for the scientific results of Sunday’s close flyby to be analysed, we can take a look at the results from the previous closest flyby, in 2010, some results from which are currently in press in the journal Icarus (“Phobos Mass Determination from the very Close Flyby of Mars Express in 2010” M. Pätzold et al.). 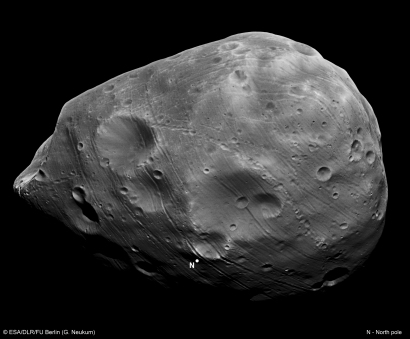 The low density of Phobos is consistent with the moon having a high porosity with an uneven mass distribution; in other words, it is essentially a rubble pile with large empty spaces between the rocky blocks that make up the moon’s interior.

This favours the formation scenario in which Phobos was born in orbit around Mars from a disc of debris and is not a captured asteroid – one of the other leading theories for how Phobos and its sibling Deimos came into existence.

The debris disc could have resulted from a large impact on the surface of Mars, or perhaps Phobos (and maybe Deimos) formed from left-over debris from the formation of Mars itself.

Whatever the source of the material, the paper concludes: “Phobos must be seen as a second-generation Solar System object born like a Phoenix from the ashes.”

Sunday’s flyby brought Mars Express to just 45 km the moon, enabling even more accurate measurements to be made – some of which could not be derived even during 2010’s close pass – so there is still more incredible scientific knowledge to look forward to! 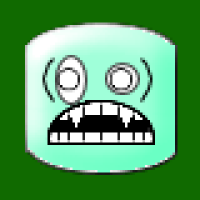