An excellent result from the dedicated efforts of amateur* radio astronomer Bertrand Pinel, who lives near near Castelnaudary, France.

This sound file is a transposed version of the Doppler signal transmitted at radio frequencies by Mars Express on 29 December as it sped past Phobos. Its orbit was altered a tiny amount due to Phobos’ (tiny) gravity, and this was reflected in the Doppler shift, which you can hear.

Bertrand says: “For the 29 December Phobos flyby, the favourable view over the horizon from my [home] station towards Mars was ideal to attempt recording the MEX X-Band radio signals.” 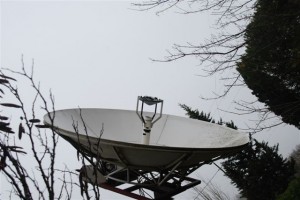 The ‘station’ he refers to is his home-built ‘satellite tracking station’.

It comprises an old HP network analyser and spectrum analyser, two Rubidium atomic clocks, a Wandel and Goltermann Selective Level Meter and a 3.5m dish antenna salvaged from the Aussagel tracking station (Issus-Aussagel, near Toulouse) when CNES decommissioned it.

He sent in the audio recording, acquired around 07:20 GMT (08:20 CET) on 29 December, together with a number of screen shots from his spectrum analyser, showing his (excellent) results tracking the Mars Express Phobos flyby (click on link below for images in the full post).

The audio file is the authentic Mars Express satellite radio signal during the manoeuver. Note that the receiver had to be readjusted two or three times, due to the large Doppler effect (which was measurable).

Thank you, Bertrand for sharing your results (which have already been sent to the Mars Express science team). These are a wonderful New Year’s present! Congratulations for an excellent effort!

Happy New Year to everyone from all of us at the MEX Blog!

-MEX 8: image + audio at the moment of flyby 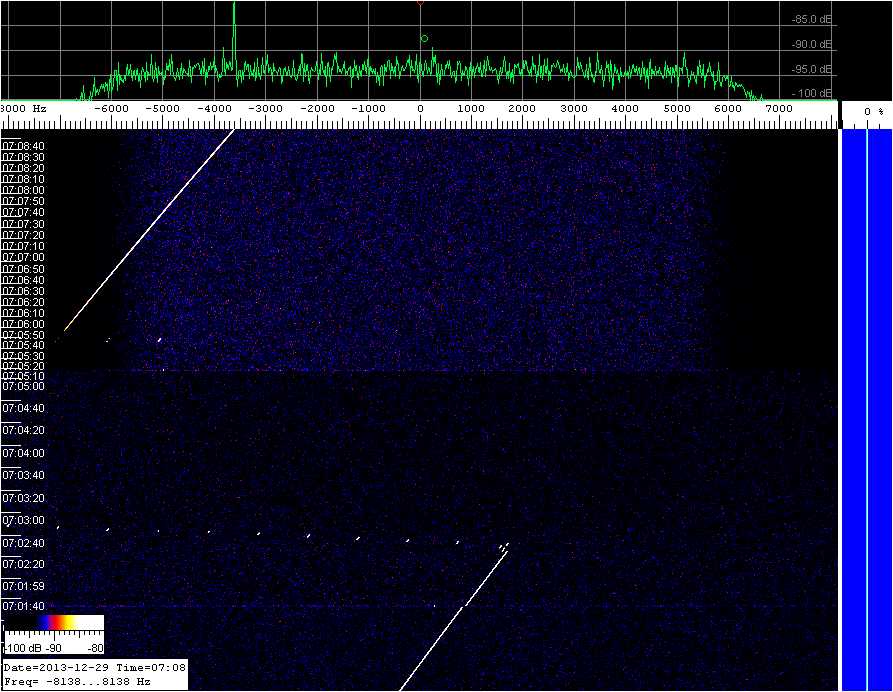 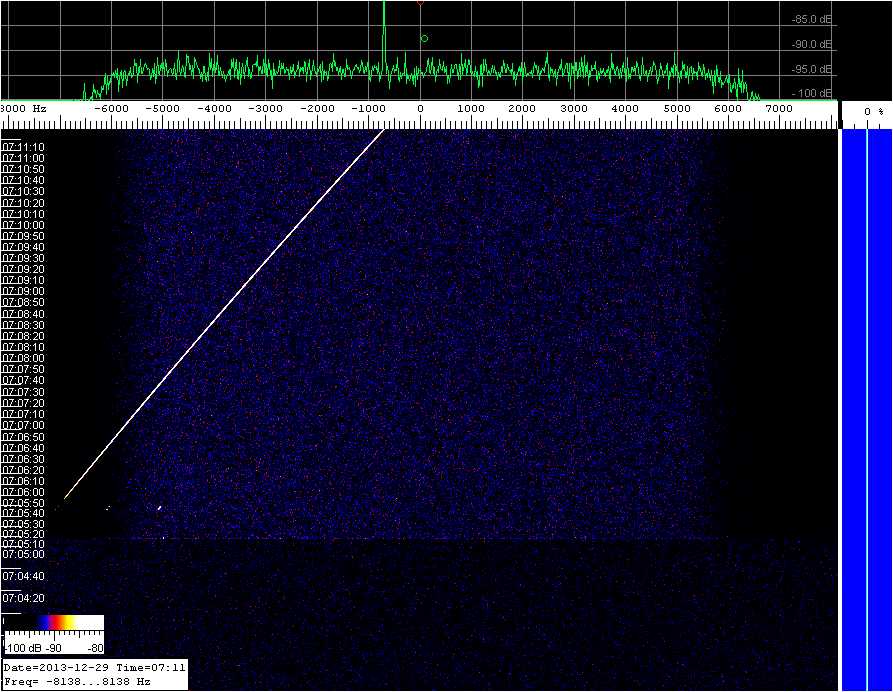 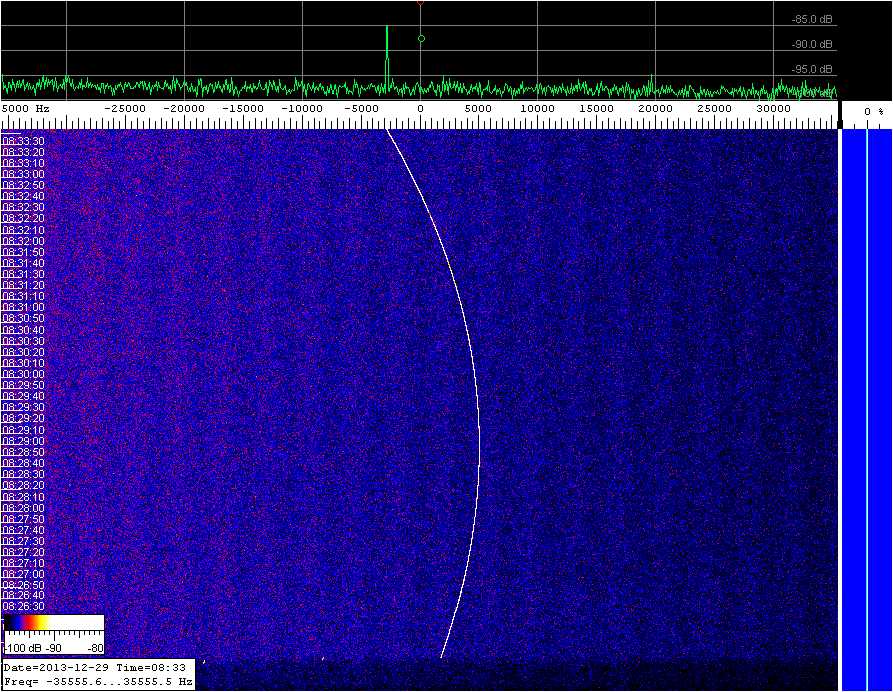 Note*: In fact, Bertrand is not purely ‘amateur’. In the past, he has successfully monitored a number of spacecraft events in near and deep space, including the Earth flyby of NASA’s Juno mission in 2013, New Horizons entering hibernation, and the Phobos flyby performed by Mars Express on 3 March 2010.  Bertrand says he’s keen to track the wake up of Rosetta on 20 January 2014.