Update on Phobos flyby from Mars Express engineer James Godfrey at the end of Sunday evening.

Erhard Rabenau and I have come tonight in for the last leg of the flyby operations. 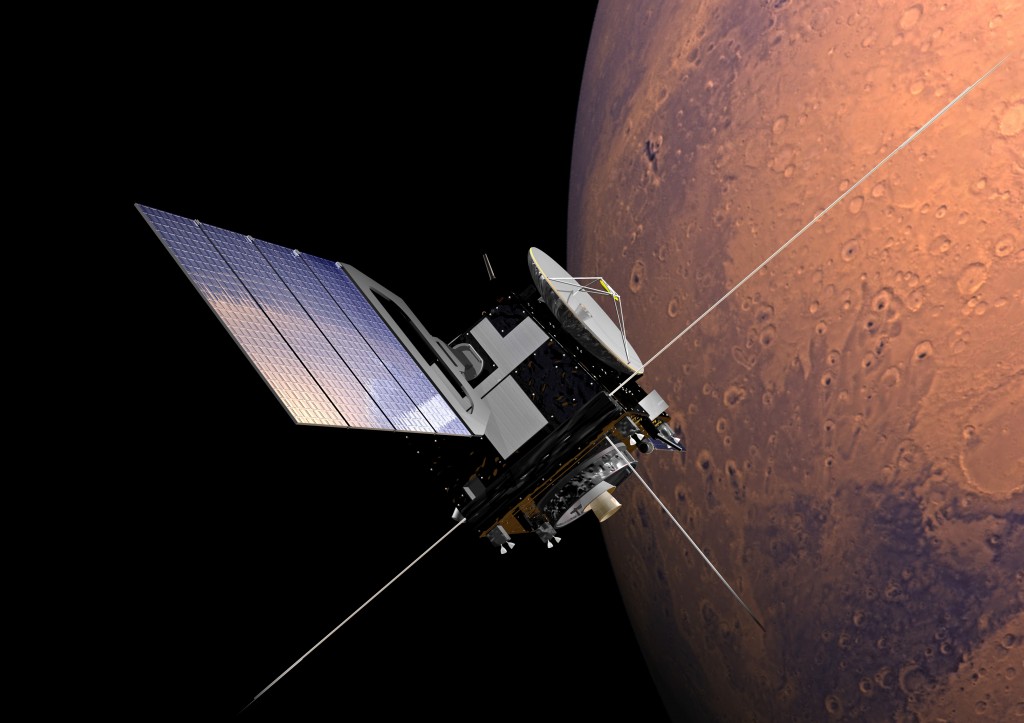 NASA’s Goldstone 70m antenna has just finished tracking Mars Express, which
concludes the NASA deep-space network support to the Mars Express Phobos flyby. Many thanks to NASA for their support! The remaining 6 hours of radio science operations – that is, tracking Mars Express as its orbit is perturbed by Phobos – will be performed using ESA’s 35m antenna at New Norcia in Australia (which is routinely used for Mars Express tracking).

At 17:06 GMT (18:06 CET), we started receiving telemetry via New Norcia in
parallel with Goldstone, which still had a command connection to the spacecraft. At 18:37 GMT (19:37 CET), we brought down the uplink from Goldstone and one minute later started to uplink from New Norcia.

The rest of tonight’s operations will be run by the on-shift Spacecraft Controllers, Achim Zschaege and later Darrel Barrowman.

In order to perform the Phobos flyby radio science measurements, the spacecraft needed to have its high gain antenna dish pointed at Earth for the entire duration of the flyby operations. This meant that we were not able to conduct observations with any of the other instruments (which would need to be pointed at Mars). However, we have been able to take advantage of the flyby time to transmit to Earth an additional several hundred megabits of science data that had been recorded on board the spacecraft during the past few days. This included some more pictures of Phobos that were taken when the spacecraft passed 500km from the moon one week ago.