Mars Express has now been almost fully prepared for the upcoming arrival of MSL! This week’s Spacecraft Operations Coordinator, James Godfrey, has confirmed that all the commands to Mars Express for the MSL tracking activities have been transmitted to Mars.

Two clicks (and a lot of background work!) was all it took to start the command file transmission to Mars Express. At 11:04 CEST our Spacecraft Controller at ESOC hit the ARM button then the GO button and the commands began their journey to Mars. Take a look at the video above to see the commands flying off our control system.

From the control system at ESOC they were sent around the world to our deep space antenna at New Norcia, Australia, and from there they were modulated onto a radio signal and blasted with 10 kilowatts (that’s like 10,000 mobile phones all calling at once!) from the antenna toward Mars.

Their journey of 245,750,000 km took 13 minutes and 39 seconds. Once they arrived, Mars Express turned the radio signal back into bits and bytes and stored it on the spacecraft.

The whole command file contained all the instructions for Mars Express to follow over the next week of operations, including the critical instructions to the spacecraft to perform ESA’s support of the MSL landing with Mars Express. These commands will wait on the spacecraft’s on-board memory (its ‘hard drive’) and then execute automatically according to the schedule we created here on Earth. 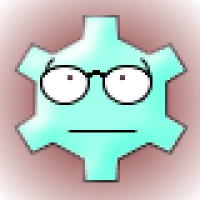