Humankind’s only orbital laboratory, the International Space Station (ISS), is a unique place to live and work, and one that not many people get to experience. In the latest episode of Beyond mission podcast, ESA Explores, hosts Ally Koehler and Stephen Ennis listen to a few of the sounds that ESA astronaut Luca Parmitano may hear during his Beyond mission and discuss these with Serena Bertone, who works for ESA as an astronaut trainer and Eurocom as part of Telespazio Vega. 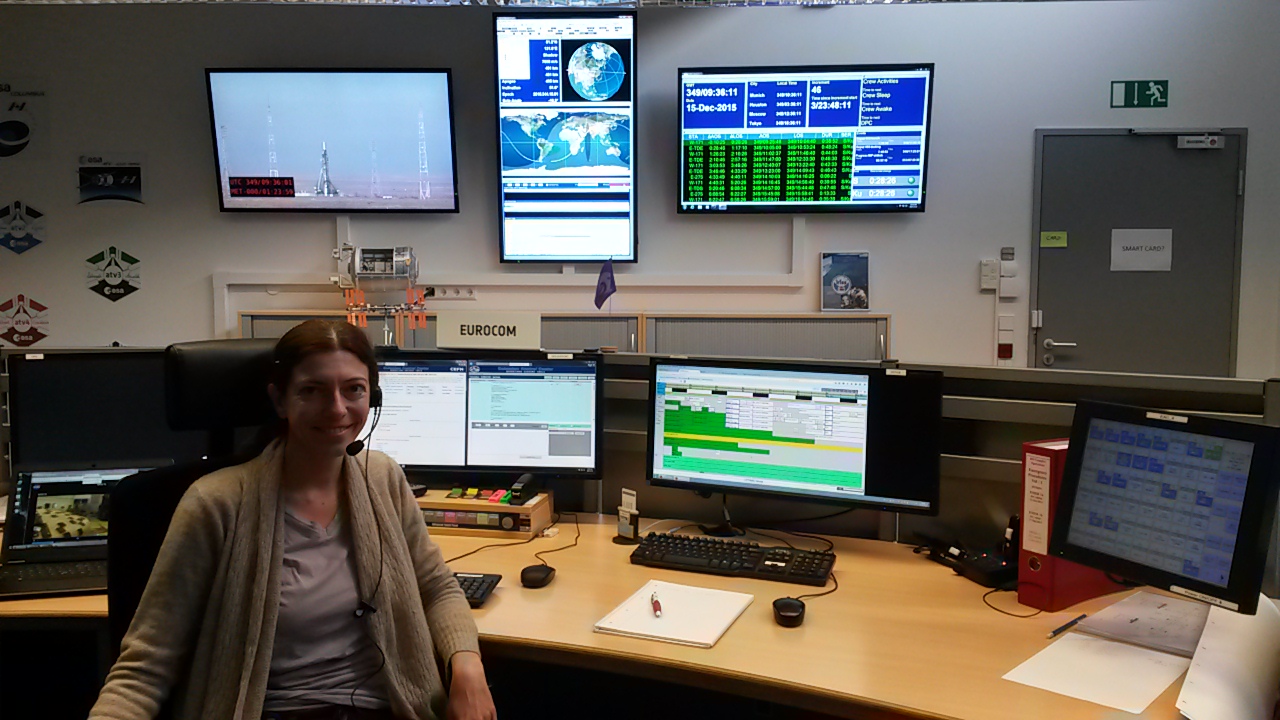 The Space Station orbits Earth at around 28 000 kilometres per hour. The shell of the Station expands and contracts with the heat of the sun, creaking as your house might do in the mornings and evenings. But, because it experiences 16 sunrises and sunsets every day, astronauts often describe it as “living and breathing”.

Recently ESA astronaut Tim Peake asked Luca a question from three-year-old Pelle Löfgren of Sweden during an in-flight call at the 2019 Stockholm Culture Festival. Pelle asked: what sounds do you hear in space? Luca’s answer? “It depends on where you are.”

One of the main noises astronauts hear on Station is the sound of fans. In the microgravity environment of the International Space Station, ventilation is particularly important. Without fans to move the air around, the carbon dioxide that astronauts exhale would stay in a bubble around their heads rather than moving away and being replaced with fresh, breathable oxygen.

Recently, one of the two active fans in Europe’s Columbus module showed some signs of degradation. Luca and the crew on the ground knew this because the fan began emitting a high-pitched noise. A recording of this noise is audible in the podcast and Serena says the first action was to switch it off and activate a redundant unit pending a decision around repair or replacement.

In addition to the mechanical noises of the Station, its experiments and onboard exercise equipment, astronauts are also in regular contact with support teams on the ground. As one of ESA’s specialist communicators, known as Eurocoms, Serena is a regular voice over the space to ground network.

Every working day on the International Space Station begins and ends with a Daily Planning Conference (DPC). During this conference, the Station’s crew and flight controllers from control centres all around the world tag-up on the daily operations, discuss any changes to the plan and address any crew questions that may arise. When Luca takes over the role of International Space Station commander in October, it will be his responsibility to lead these conferences on behalf of the crew. 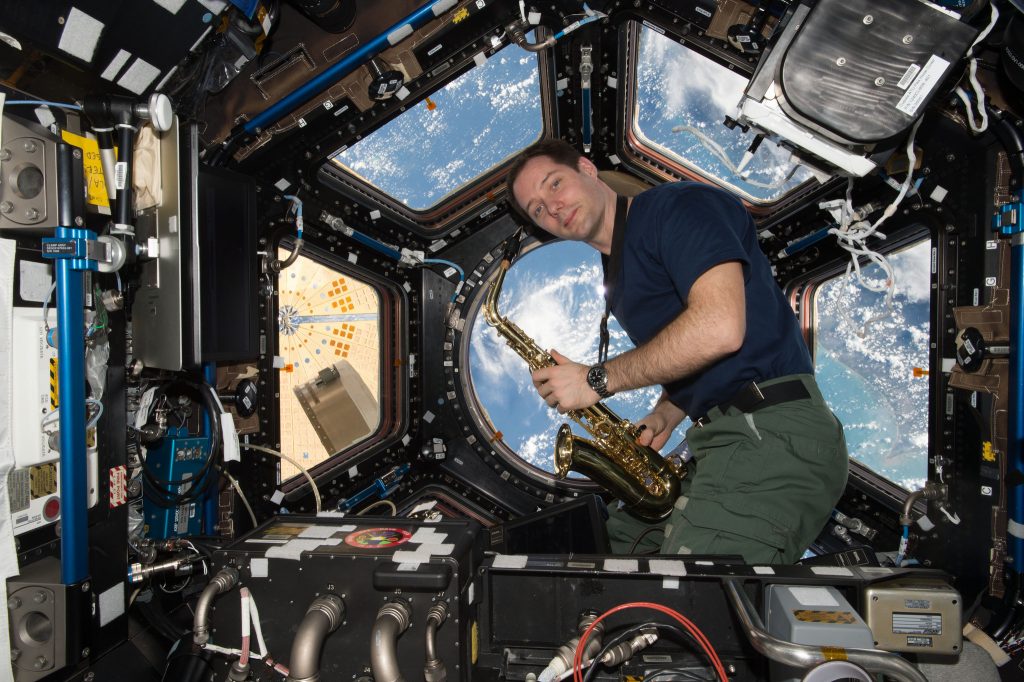 Thomas Pesquet with a saxophone in the Cupola of the International Space Station. ESA/NASA

Sound also provides an outlet for creativity and relaxation. Did you know there are currently two guitars, a keyboard and a saxophone on the Space Station? The ability to make, listen to and share music in their spare time helps crewmates bond with one another and even provides opportunities to communicate about ESA’s work in space to new audiences as Luca did recently through a partnership with Big City Beats.

You’ll find all of these sounds and more in the latest podcast episode. You can also tune in to plenty of other space-related sounds via ESA’s SoundCloud channel.

ESA Explores is available via all major podcast platforms including Apple Podcasts, Spotify, Stitcher, Podbean and SoundCloud. Subscribe to stay up-to-date as episodes are released and watch this space for bonus Italian episodes coming soon.