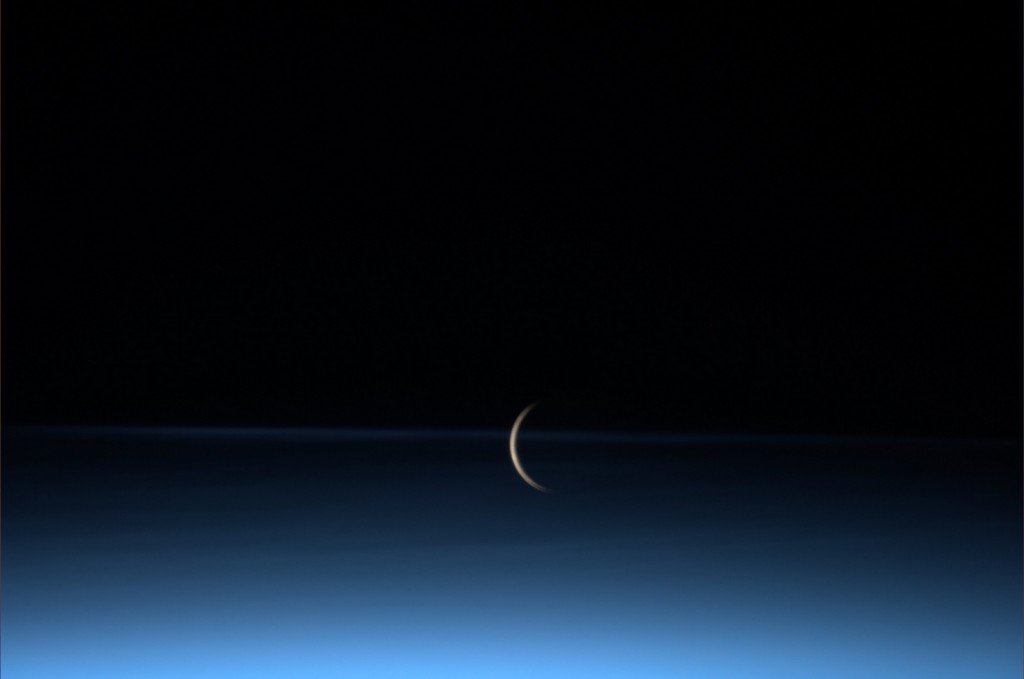 It’s Monday evening, and after a really busy day on the Station, exhaustion is setting in – even at zero G. After dinner, I’m overcome by lethargy. I see the same thought written on the faces of my fellow travellers, Karen and Chris, and I know that tonight I’ll be the one turning out the lights because they’ll be in bed before me.

This evening I’ve got a date I don’t want to miss, even if it means that my alarm clock will hurt more that usual tomorrow morning. It’s a special appointment just for me, to see my country as I have never seen it before. According to our orbital planes, I know that at around 22:00 we will pass over the Mediterranean coastline and I’ll be able to see Italy lit up at night.

Five minutes before the appointed hour, I slide out of my sleeping pod and silently cross the Lab and Node1. I pause in Node3 to turn out the only light we leave on at night – that of the bathroom. The whole area is in complete darkness now. No light enters from Cupola because the seven windows are closed as they are every night. But not for long.

Using my torch, I enter Cupola and slowly, deliberately, I open each window, one after the other. Even though there are just a matter of minutes left before we fly over Italy, we are still above central Africa, where a raging monsoon stretches to fill my entire field of vision, from one horizon to the other, for hundreds of kilometres. In the darkness of the orbital night, lightning flashes an unreal light on one of the most beautiful scenes I have ever seen.  Blue light streaks across my view, flaring from dozens of storm cells. With a frantic, syncopated rhythm worthy of the greatest percussionists, the white clouds lit up by the lightning momentarily rip open the black African night, made darker by the absence of street lighting. There is a violence to it that I can almost feel from up here, 400 kilometres above the highest clouds. The lack of thunder lends a surreal air to the storms, and the silence is deafening.

I’m breathless with emotion and I almost forget my camera. I tear my eyes away from the scene and take some photos, trying to capture something of the electrifying and terrible spectacle taking place right in front of my eyes, hundreds of kilometres below me. But in a matter of minutes we cross the equatorial belt and it’s all over as suddenly as it began. The clouds clear away to make way for the desert, and we’re passing over Morocco.

On the north-eastern horizon, a diffuse and faded light attracts my attention — the artificial glow of the light of human presence. In the meantime, the Moon has risen, bathing the land in reflected light. The double light source reveals details, even down to the ever-changing colour of the ground. A moment later and we are over the coast, following an almost-parallel route that lets me take in its rugged beauty.

Looking towards the north, I see the Balearic Islands fully lit, and I consciously refrain from looking east straight away: I want to savour these moments. Beneath me, through Cupola’s central window, I see Tunis, Hammamet and then Sfax, and I realise there’s not much time left. Through the window right in front of me, lit up like village streets in Carnival, I see one of the most overwhelming sights I’ve ever seen as an astronaut: an unmistakable shape, completely cloudless, the boot of Italy lies perfectly outlined by lights that run continuously from the tip of Calabria to the Ligurian coast, tracing its profile like a brand-new constellation in the nocturnal depths of the Mediterranean Sea. Sardinia and Corsica, not as bright as the rest, move slowly across the scene, and on the north-eastern horizon, a violent storm seems to ravage central Europe, from Austria to Germany. From up here, Naples and Rome proudly dominate the scene, radiating a splendour above all other cities. But Bologna, Florence, Milan, Turin – they are all visible, thousands of kilometres away. Vesuvius forms a dark circle in a land utterly saturated by light. 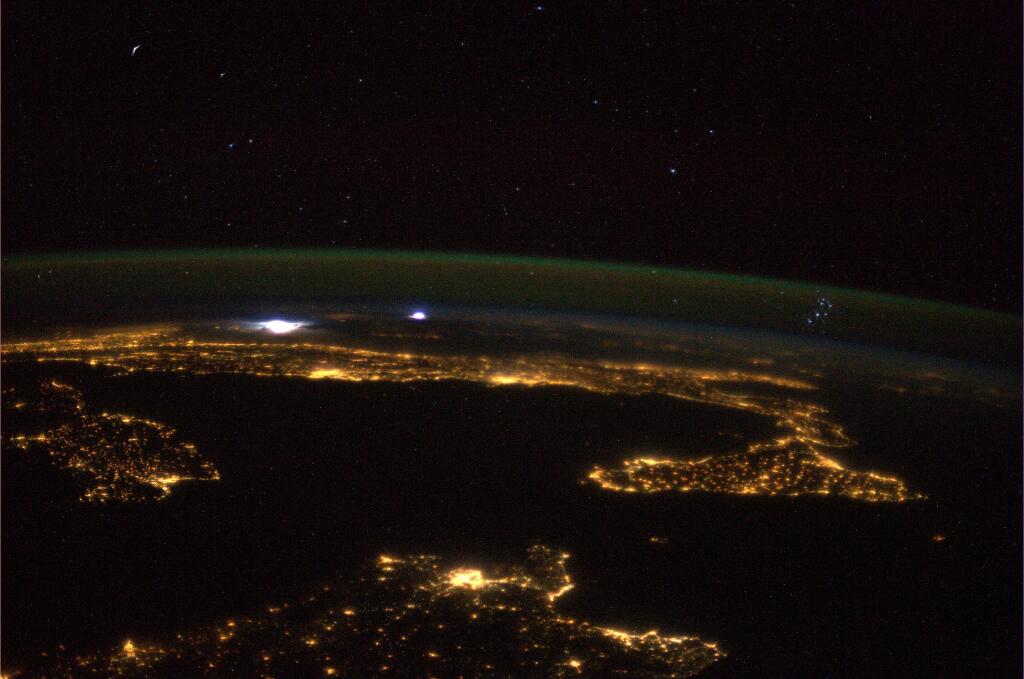 Below me, it is Sicily that fills Cupola with light. In the soft glow of the Moon, I study every detail and trace every shape, travelling long-distance over a land that emanates the familiar warmth of the embrace of a friend. From Palermo, I make out a barely visible line of light that runs across the breadth of Trinacria, branching out like a vein in all directions, but arriving uninterrupted at Catania. Etna is a black hole impenetrable even to the moonlight, almost as if it doesn’t want to detract from the scene.

In the distance, several thousand kilometres away (a distance we cover in a matter of seconds), dawn is breaking, tinting the lower layers of the atmosphere in blue and gold. As I try to photograph the land passing below the Station, I realise that no image could capture the sense of incredible fragility that is forming in my mind. This sensation is magnified by the profound knowledge that this moment is unique, unrepeatable, and that even if I were to follow a similar trajectory again, it would still be different. The light would be different, clouds would form a scar in the perfect night sky that I’ve seen tonight, and even I would be different. And a few moments later, as if to confirm my thoughts, it is all over. The International Space Station heads towards the Balkans as I twist to capture a few final images of my country, still visible through Cupola’s rear windows.

It’s late, and tomorrow will be a long day. With those lights still filling my eyes, I slowly close the seven windows and cross the Station to return to my sleeping pod. No dream could take the place of the beautiful reality that revolves, oblivious, beneath me.