Spacecraft are tricky … and engineering is an art form

In March of this year the first of two ExoMars missions was successfully launched from Baikonur. After months of travelling through a hazardous environment we received a first image showing the destination of the mission: the Red Planet! At that point I was finally convinced that the goal of having a European mission orbiting Mars to look for life could be achieved. Last Sunday, the mother ship and its tiny companion, Schiaparelli, approached the distance from the planet at which they were scheduled to separate before going on to complete the immediate tasks assigned to them. The job of the Trace Gas Orbiter mother ship (TGO) was to find its way into orbit around Mars, while that of the Schiaparelli entry, descent and landing demonstrator module (EDM) was to descend to the planet’s surface and gather as much information as possible on the way to be used for the next European Mars mission to be launched in 2020. 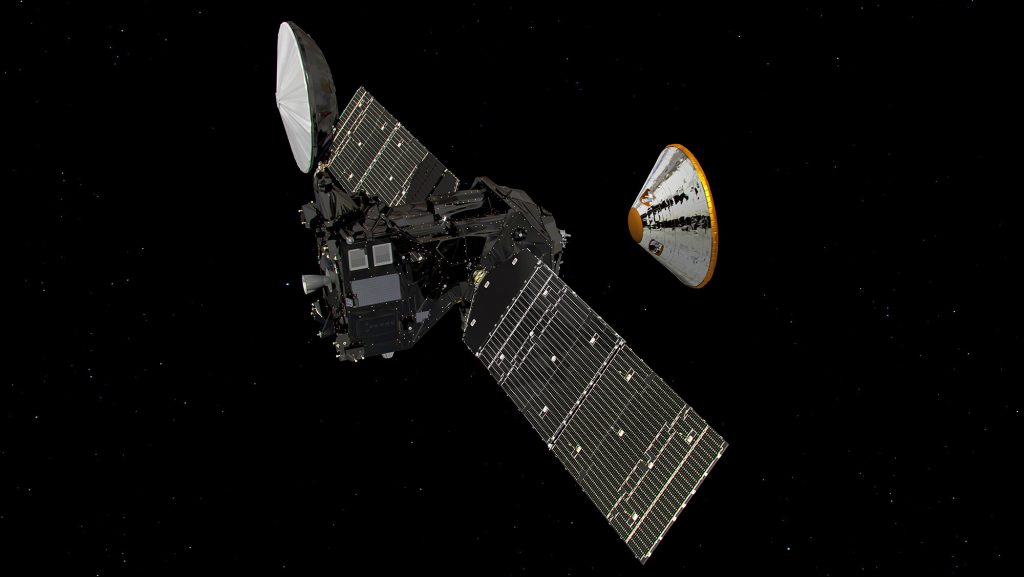 On Wednesday, 19 October, TGO was successfully inserted into its intended orbit. This is the precondition for it to carry out its assigned task of gathering data from the Martian atmosphere to investigate, in particular, methane and its origin. The open question to which we are seeking an answer concerns the existence of life on Mars today or in the past.

While TGO was achieving orbit insertion around Mars, the test lander was making its way to the planet’s surface. It then had to perform a very complex set of procedures that included atmospheric entry, parachute deployment, heat shield separation, parachute separation, starting its thrusters and finally, a semi-soft touchdown.

During the descent, signal transmission from the lander suddenly stopped and could no longer be received. Once TGO’s orbit insertion had been confirmed, all the focus switched to the situation with the lander. Another function of TGO beyond that of scientific investigation is to serve as a communication relay station for the 2020 ExoMars mission in which a rover is planned to perform science on the ground on Mars. That same relay function is now of crucial importance as it allows us to understand the different stages of Schiaparelli’s descent with many sensors having been installed on the lander to get as much data as possible from the complex manoeuvres it would have to perform. These data were transmitted to TGO and received on Earth hours later. 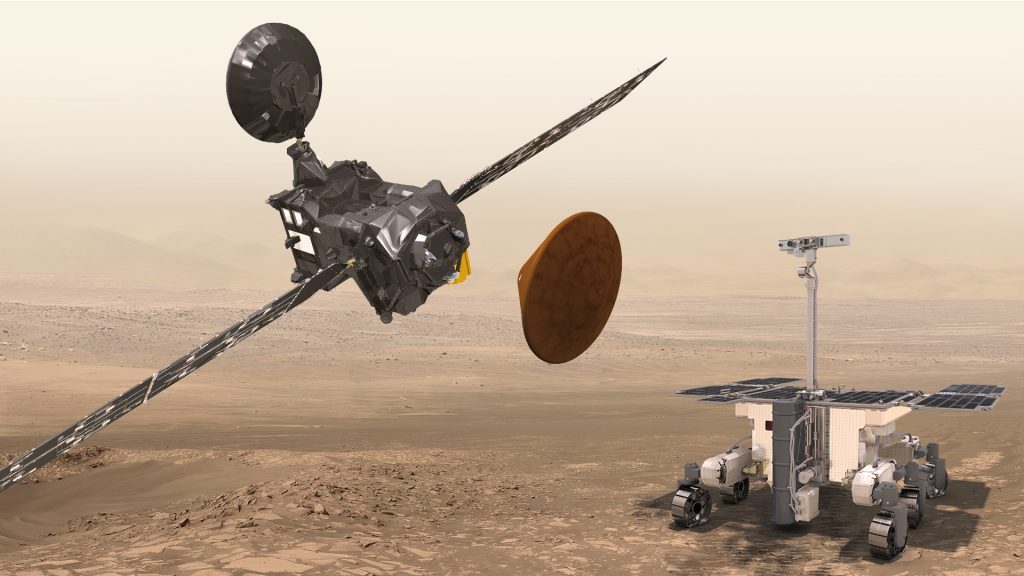 From the data received we have already learned that contact stopped very late in the descent. This means we will obtain information from a close analysis of the data that Schiaparelli was built for, notably on the performance of elements such as the heat shield, parachute, radar, thrusters and so on. This information can subsequently be used to improve the design of the 2020 Exomars mission, since in that mission the survival of the descent module will be of real scientific relevance.

Some people have asked about the success of the 2016 mission so far. For the number-crunchers among them the following observation may be helpful:

The importance of TGO and EDM can be described as 80% vs. 20%, respectively. Since we obtained at least 80% of the data during the descent, the overall success rate can be calculated as follows: 80+20*0.8 = 96%. All in all, a very positive result.

So to sum up where we stand, we have achieved a successful orbit insertion of TGO, ready to perform science and act as a relay station for ExoMars 2020 ground science. Not only that, but we have received a large quantity of data from the lander giving us crucial information to help us perform a successful landing of the next mission.