Some impressions of IAC 2015 in Jerusalem

The 66th International Astronautical Congress (IAC) took place last week in Jerusalem. Already before travelling to Israel the question of security was raised. As the conflict in Israel and especially in Jerusalem developed, my responsibility as DG was to say clear words on whether to go or not. 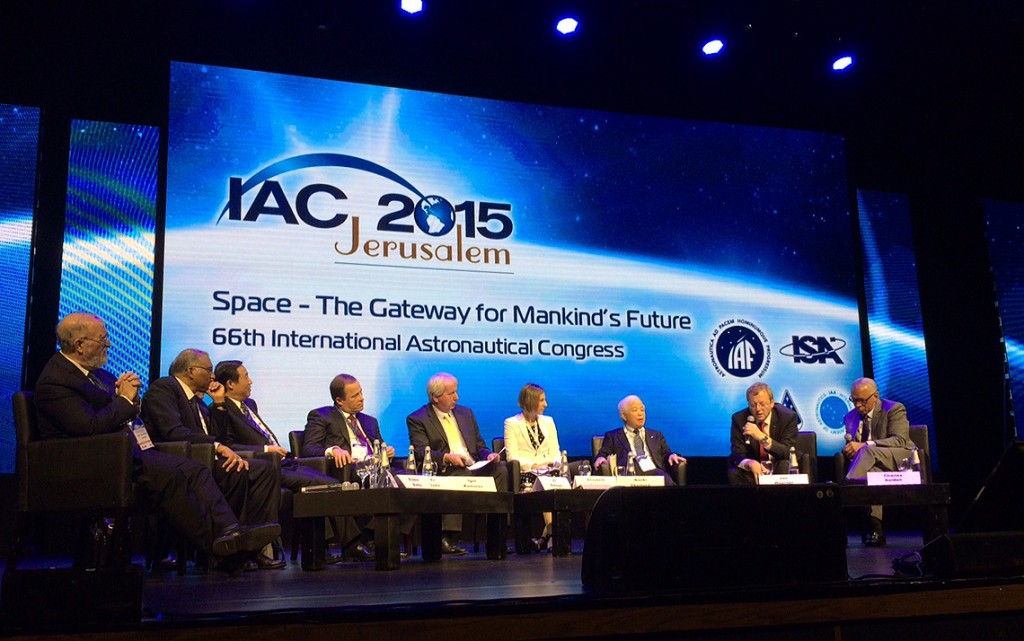 While this question seemed to be a rather simple one with regard to minimising any risks to staff, in reality more aspects had to be considered, namely refusing to allow violence to disrupt international cooperation. Thus, taking into account both individual vulnerability and the wish to be a partner in a global world, I decided to go and to give staff my backing for their individual decision, whether they decided to go or not.

During our stay in Jerusalem the situation evolved, especially with an attack in the very close vicinity of the Congress venue. Additional security advice was drawn up and distributed to ESA staff attending the Congress. All of the participants in the Congress now have a different perspective on a truly difficult situation we usually only get to know about through news reports in the media.

The Congress itself was full of inspiring moments: I took part in the meetings of young professionals, parliamentarians, Women in Aerospace and of the members of the International Astronautical Academy, as well as several “bilateral meetings” with the heads and senior staff of other space agencies. During the whole week one could meet space people from around the world and discuss a broad variety of topics linked to space, ranging from political issues to technological details.

It was the young participants in particular who impressed me – and others – with their desire to further develop space activities beyond national borders, always with clear goals in mind.

One of the key questions was the next global activity after the ISS. In several statements the different players explained their views and one could observe some convergence. My contribution concerning a joint activity based on a set of goals, requirements and demands was well received, even if no final commitment was given. It is clear that global challenges such as climate change and disasters have a direct link to space activities, and the monitoring of climate-relevant gases needs a global observation effort in order to achieve global acceptance.

The European participants also discussed the current situation with regard to migration and the possibilities for space to help in this issue. In these discussions the observation of refugee flows as they evolve as well as the influence we can have on improving the situation in the states of origin so that people can stay in their countries were covered. 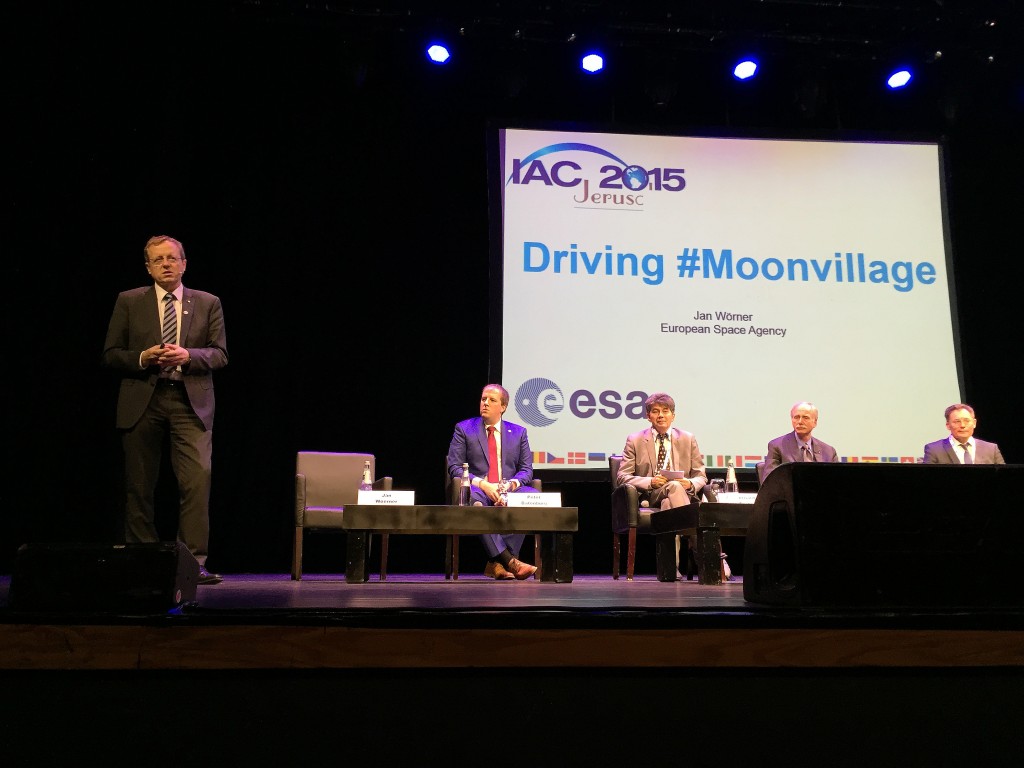 The main area of interest for the younger generation was space exploration: the journey into deep space inspires the post-Apollo generation. They expect a clear vision with a real chance of it becoming a reality in the near future. My idea of a Moon Village – again, not to be understood as a set of houses, a church and a school on the Moon, but rather as the contribution of several scientific missions of a different nature settling on it – is a proposal that combines goals and demands with the possibility of global cooperation. As the different space-faring nations have different cultures and different capabilities, the main aspect will be to cooperate based on synergies taking into account national diversity on goals such as science, technology development, direct benefits for citizens, providing inspiration, and pioneering.

On the very last day of the Congress the bids from Vienna and Bremen for IAC 2018 were evaluated and voted on. Both were of excellent quality. The final proposal to give Bremen the privilege of hosting the Congress this time round was accepted by the General Assembly. In the same meeting, Jean-Yves Le Gall, President of CNES and Co-Chair of the ESA Council, was elected to be the next IAF President. Congratulations!