During these spacewalks, batteries for all eight power channels were upgraded from nickel-hydrogen to lithium-ion. Now, just one lithium-ion battery that shorted in 2019 must be replaced before the upgrade is considered complete and ready to power the Station for the rest of its life.

The International Space Station’s power system is heavily dependent on its batteries. The Station experiences 16 sunrises and sunsets a day in its orbit of Earth. The batteries store energy generated by its eight solar arrays so that, when these panels are not facing direct sunlight, essential systems and experiments can continue on board.

Prior to the replacement programme, the Station was powered by 48 nickel-hydrogen batteries. The increased efficiency provided by new lithium-ion batteries has cut this back to 24.

Each fresh battery is certified for 10 years and expected to last until the end of the Space Station’s lifetime. By contrast, the old nickel-hydrogen batteries have a useful lifetime of around six and half years, so require more frequent replacement.

Due to their large size – around that of a refrigerator – Japan’s HTV spacecraft was the only vehicle capable of delivering these batteries to the Space Station. The batteries were transported in pallets of six, across four HTV missions.

ESA astronaut Thomas Pesquet was one of many astronauts involved in the battery replacement spacewalks. During his first mission, Proxima, in 2017 he worked with NASA astronaut Shane Kimbrough to install adapter plates and connect batteries for power channel 1A.

Thomas also guided NASA astronauts Nick Hague and Christina Koch through the process in March 2019 by radio from the ground as a “ground IV” at NASA’s Johnson Space Center in Houston, USA – a role performed during Thomas’ spacewalk by fellow ESA astronaut Luca Parmitano and subsequent spacewalks by ESA astronaut Andreas Mogensen. 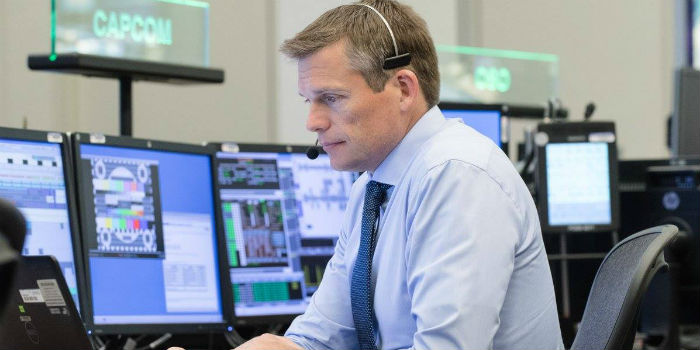 Prior to exiting the airlock, Luca gave Thomas a piece of advice: “go slow and take plenty of pictures”. This was based on his own experience outside the International Space Station in 2013.

Luca also supported crew during battery replacement spacewalks from inside the Space Station during his Beyond mission in 2019.

Last year, the invention of lithium-ion batteries was honoured with the Nobel Prize for Chemistry, recognising the value of these energy-dense, long-lasting and rechargeable batteries that are now found in everything from smartphones to laptops to cars.