”We all wore the same socks. And, disconcertingly, in a few months our farts would smell exactly the same.”
Nicholas Johnson, Big Dead Place – Inside the strange & menacing world of Antarctica

There is now no such thing as small gifts!

Gifts are delivered to my desk, sometimes early in the morning, other times during the night, most are nicely wrapped in a small plastic bag and sometimes they come with a bonus in the form of a pair of (unused) rubber gloves.

These aren’t gifts from a secret admirer, but stool samples: three tubes per person, myself included; three tubes each month for one year – 468 tubes in total.

I actually weighed the samples at the start of our stay and found that each sample weighs around 10 g. When the boxes of samples make their way back to Europe shortly, they will include 4.7 kg of frozen stools!

The stool samples are part of the ICELAND project, the ‘Immune and Microbiome Changes in Environments with Limited Antigen Diversity’, quite a comprehensive study.

In addition to the stools, blood tests are taken three times for the project, at the beginning of winter (when the isolation starts), at mid-winter and at the end of our stay. At the same time, saliva samples are also taken and a fairly comprehensive questionnaire on eating habits, supplements and bowel habits/stomach disorders are filled out – the questionnaire is also affectionately (I imagine) called ‘The Fart-Questionnaire’.

Every month we also fill out a questionnaire regarding stress, physical and mental well-being, about the importance of food as well as smoking. And I also fill out a similar questionnaire for everyone else on the team–- a fun little element that may provide insight into how easy or difficult it is to rate the well-being of other team members and how honest people are on questionnaires.

As if that weren’t enough, I take pictures of every meal every month, starting from three days before handing out the material for the stool samples (since the food takes about three days to pass through our digestive system) until the last samples are delivered. In addition, we have been noting down the daily menus since winter started and will continue until the first flight arrives.

Last but not least, we have our probiotics. Probiotics are living bacteria that are beneficial to us (in the right quantities). Many of us may have taken them as supplements while traveling abroad in an attempt to avoid the so-called “travel belly”. Here in the base, half of us get probiotics, while the other half just get a white powder, which is mostly carbohydrate. No one knows who gets what, not I, the rest of the team nor the researchers in Europe. This part of the project is a so-called double-blind trial, where one will try to find a difference between those who receive the supplement and those who do not. In this context, it is best that the participants in the study know nothing – as you know, faith can move mountains. Only the manufacturer knows who gets what, and this is only revealed when the project is completed around 2023.

The probiotics should be taken daily but it can be a bit of a struggle. You have to remember to take it, but there are also restrictions on how to take it and most of all it has to be dissolved in milk or yogurt.

Probiotics are interesting in relation to our stay here in Antarctica, and potentially in relation to space travel. First, a little bit about our amazing, albeit sometimes smelly, gut system.

The bacterial composition in our gut is called our microbiota, while the term microbiome covers all microorganisms in the gut: fungi and viruses, as well as their genetic profile.

In short, the intestine consists of the small intestine (including the duodenum), colon and rectum. The small intestine is on average 6 m long and this is where we absorb most of our nutrients. The large intestine, on the other hand, is “only” approx. 1.5 m long and this is where we absorb most of the fluid and various important salts from our diet. Finally, we have the rectum, which is around 15 cm long.
We actually have more microorganisms (bacteria, viruses and fungi) in and on our bodies than we have cells! Many of them are in the gut, where more than a thousand different kinds of bacteria have been found. And while that may sound daunting and maybe a little disgusting, most are beneficial or even necessary for our health.

In recent years, it has been found that gut bacteria not “only” break down food, forming vitamins K and B, but also affect our immune system, our energy turnover, and most likely also a host of diseases and our psyche – from type two diabetes and cardiovascular disease to both depression, anxiety, Parkinson’s disease, certain types of dementia and autism. This is a field that has only really become clearer in recent years, so the list will no doubt be much longer.

Our microbiome is especially affected by what we eat. In the United States research into the bacterial composition of immigrants found that it changed on a Western diet – and that the longer they stayed in the United States, the more altered their microbiome became. They had fewer types of bacteria in their gut and the distribution of the dominant types changed.

The ICELAND project focuses on the connection between the microbiome, the immune system and how we handle the isolation mentally. The premise is that because we are isolated and basically eat the same, our microbiome will change during our stay in Concordia. In addition, they are investigating how the immune system and microbiome are affected by the fact that (with the greatest likelihood) there are fewer different antigens here than in the “ordinary world”. Usually we are bombarded with them – at work, in the supermarket, in the gym, in the bus. However, because we are surrounded by the same few people in Concordia and there are no animals or plants to affect us, we are not constantly encountering new antigens and our immune system is therefore not stimulated in the same way. Maybe it even “forgets” some of what it has known.

The immune system consists mainly of two parts, the innate immune system and the acquired. The innate immune system is our skin and our intestinal wall – barriers to prevent bacteria, fungi and viruses from entering the body and doing harm. But it also encompasses a number of immune system cells that are quite nonspecific and are constantly patrolling our bodies – and therefore can attack most of what is invading anyway. The acquired immune system, on the other hand, first needs to learn the dangerous antigens and is therefore also quite specific to those antigens. This is how vaccinations work, giving a little dose of the virus to let our immune systems adapt and immediately attack if the same virus reenters the body.

Many of the microorganisms enter the body through the digestive system and some are rendered harmless by stomach acid or bile, others by the bacteria we already have in the gut. Others are expelled with stool without doing any harm along the way. But on and in the gut wall itself, we also have a large number of our immune cells ready to attack microorganisms that nevertheless travel through the network. These immune cells, which are affected by the presence of short-chain fatty acids, require certain gut bacteria and dietary fibre.

The ICELAND project investigates, by means of the blood tests, which immune cells we have in the blood and which diseases they are most likely to protect against. In addition, they use saliva samples to investigate whether changes in the immune system can be seen on a genetic level. Researchers already know that astronauts more often than usual get an outbreak of, among other things, cold sores in space compared to when they are on Earth. We actually saw the same phenomenon here around midwinter – and this is probably due to changes in our immune system, which of course may have other than our microbiome – including stress.

Other studies have found that people with anxiety and depression have a different microbiome than people without these diseases. Researchers are considering whether diet can at some point be included in the treatment of these diseases; positive signs have already been found in trials of dietary treatment of epilepsy and autism.

The ICELAND project will therefore investigate not only how probiotics affect the bacterial composition in the gut, but also whether it can improve our ability to cope with stress or prevent some of the psychological effects long-term isolation on humans. They do this by comparing the results in the questionnaires between those who get probiotics and those who do not – a complicated study, but exciting!

As mentioned earlier, microbiome research is relatively new, but is gradually becoming a large and exciting field. Efforts are also being made to use stool samples to diagnose bowel cancer early (as there is probably more of a specific type of bacterium than usual in this disease), to investigate for markers of cardiovascular disease and whether to influence (and perhaps treat) the microbiome, to prevent serious illnesses such as dementia. 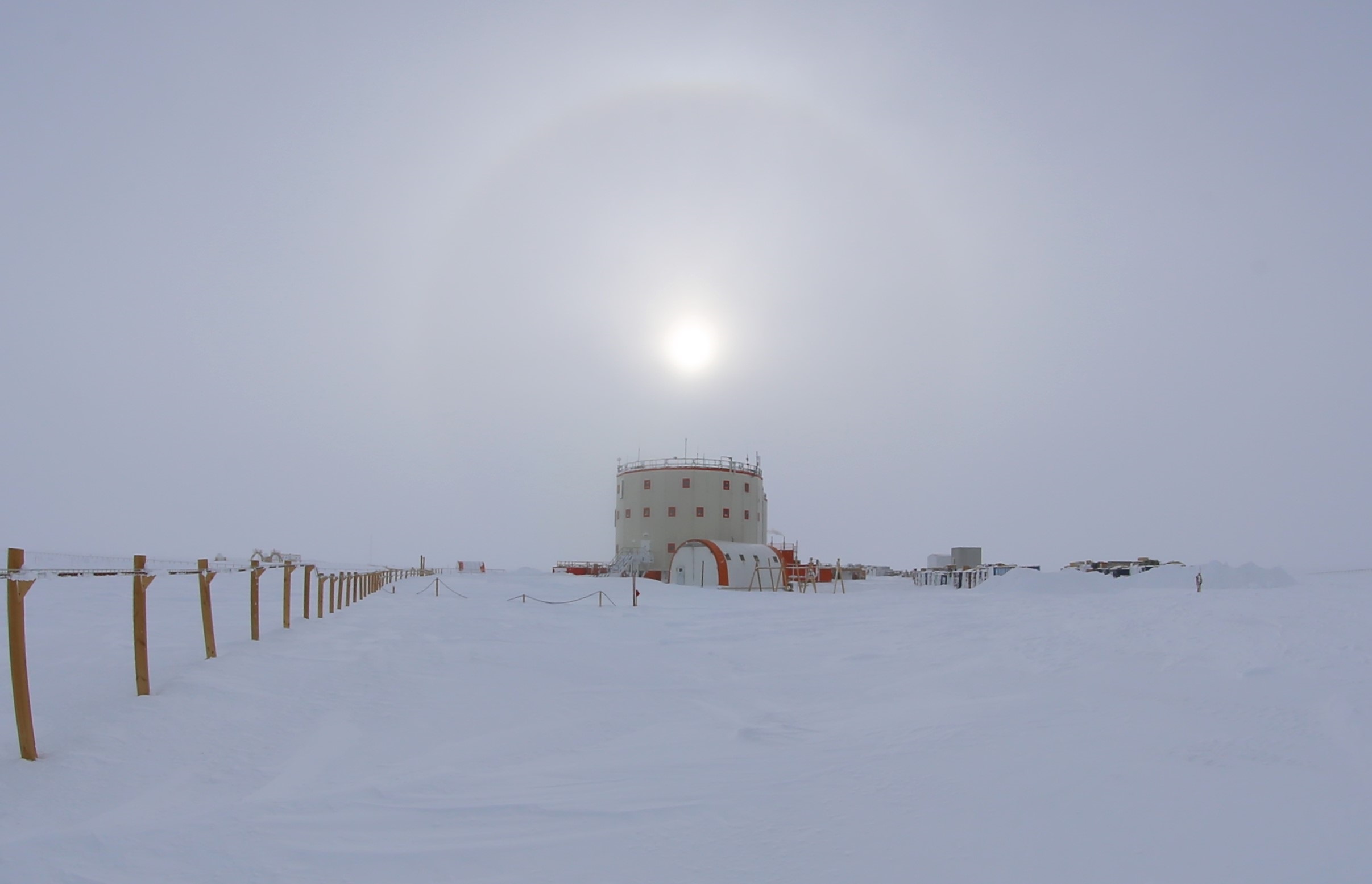