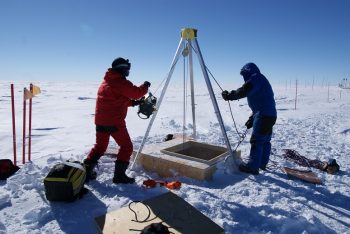 Dr. Carmen Possnig is the ESA-sponsored medical doctor spending 12 months at Concordia research station in Antarctica. She facilitates a number of experiments on the effects of isolation, light deprivation, and extreme temperatures on the human body and mind. In the following post, Carmen discusses safety and life in Antarctica.

Summer is a time to get familiar with all our safety equipment. Since we are left to ourselves during the winter, we have to be ready and trained for any kind of emergency at all times.

After I was solemnly appointed captain of our rescue team I started training my crew enthusiastically. At my side is an emergency doctor from Paris, who came for a few weeks to test the new equipment and improve our manoeuvres. Some of us in the rescue team are responsible for taking the injured person to the hospital, where the second part of the crew is already waiting to take care of him or her. 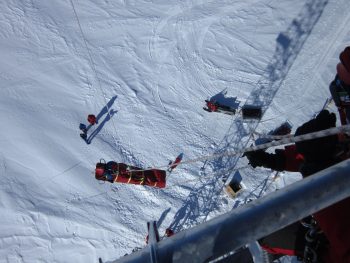 I start with First Aid courses, which are surprisingly popular, even among the summer people. With the basic knowledge we have acquired, we can finally also train outdoors! For hours we crawl into caves and onto towers to simulate various rescue scenarios and be ready for an emergency. It is not always easy. The cave for example is a constant -50°C and admittedly this may not have been the ideal environment for the start.

The tower is 45 metres high, above it is windy and shaky, and, once again, discreetly cold. We proudly rescue various dummies, gain valuable experience and hope that we won’t need them in winter.

There is also a fire brigade team and evacuation exercises on Saturdays are particularly popular. It is about the so-called “chaussettes”: in principle a very, very long sock, directly behind every emergency exit on every floor, which can be extended within seconds to reach the floor. In case of a fire you can exit the station like by swinging in and out of it. The whole thing requires some tactics to not get stuck in the middle (unpleasant) or go down too fast (very unpleasant). The camp soon divides into two halves: those who love the sock and those who can only be brought in under protest. 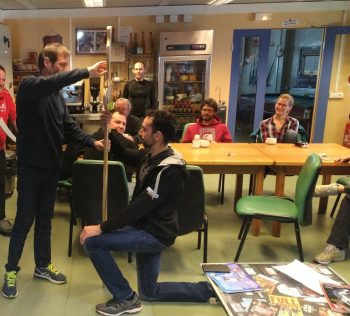 The last two weeks of January are much more relaxed – maybe because we are glad that the whole DC14 team is here at last, but certainly because we see the beginning of winter. Finally the time for bidding farewell arrives. There is a loud End of Summer party, which lasts into the early morning hours. In a solemn ceremony our colleague Cyprien is named station leader.

One day later the last plane lands, filled to the brim with several tons of fresh food. The faces of the three pilots are the last ones we will see for the next nine months.

Finally, after all the yoghurt buckets and apple crates are stowed in the station, we stand in line as the plane takes off. The wind from the propellers plunges us into a thick snow cloud. We stand there for a long time and watch her slowly disappear into the distance.

We all find ourselves in the living room for tea with a grin. Winter, we are ready. 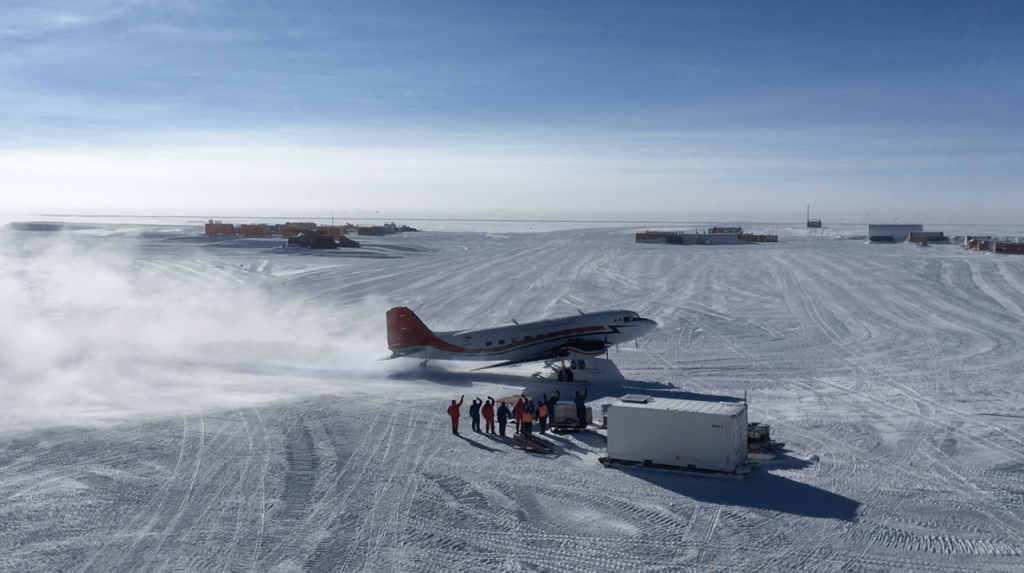 We took a first group photo shortly after the beginning of winter over – “as long as we don’t have our winter faces yet”, one of us says wisely. And he is right: a few months later we look more like a zombie group, or perhaps starving vampires if you go by skin colour.