Didier Schmitt is a member of the space Task Force at the European External Action Service.

He is a regular opinion writer in major newspapers and magazines and has published a book on foresight. He will be contributing to this blog during his visit to Concordia: 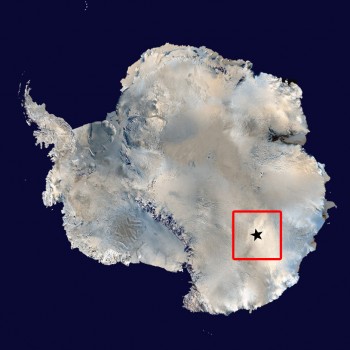 A long awaited message came in last week: the official confirmation from the French Polar Institute Paul-Emile Victor (IPEV) to invite me to be part of an incredible expedition to the most remote place on earth: the French-Italian Concordia Station. It is a research base located 1100 km inland in the middle of the Antarctic plateau at 3200 m altitude, called Dome C. I am really excited! It is a once-in-a-lifetime experience.

Actually, this opportunity came about already 10 years ago, as a VIP tour. But each winter season something else prevented me to go. It was either a problem on my side, being too busy; or on the Institute’s side, as there have been deadly accidents and significant logistics issues in the last years. It is indeed not an easy adventure as you will find out during the weeks to come. 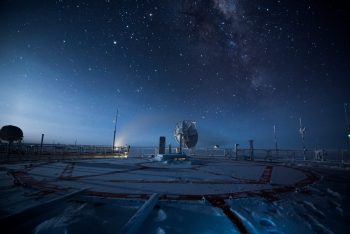 A view from the top of the “quiet” tower of Concordia during winter. Credits: ESA/IPEV/PNRA–B. Healey

My very first work with the IPEV dates back in 1993, as a scientist studying the effects of extreme environments on the human body. Afterwards, when I joined ESA, as head of the life sciences programme, Concordia was used as a Mars base analogue for human adaptation to isolation and confinement and testing waste water recycling technologies. For more information go to: https://www.esa.int/Our_Activities/Human_Spaceflight/Concordia.

Currently I am at the European External Action Service, where we look after the use of satellites for security purposes, and as you will discover Antarctica has definitely a lot to do with space!