Flight of the Concordians

Introducing ESA-sponsored medical doctor Beth Healey who is now at Concordia station. Her first blog entry describes the training before the start of her Antarctic adventure:

I was working for Tangent Expeditions, at 70°44’35”N in North East Greenland and had just finished an unforgettable ski tour led by International Federation of Mountain Guide Association legend Pooley. Contemplating my next adventure I came across an advert on the European Space Agency website… ‘Do you have a medical degree and a healthy love of extremes?’ “Probably”, I thought and continued to read. Halfway through the ‘Living on White Mars’ brochure I knew this was the job for me. (ESA is now looking for doctors to take over next year, apply here) 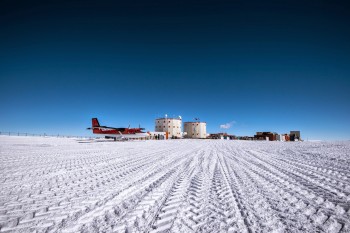 Concordia is a French-Italian base situated 3200m above sea level and 1600km from the South Pole on the Antarctic Plateau ‘Dome Charlie’. It is run collaboratively by French Polar Institute IPEV and Italian Antarctic Program PNRA and each year is home to an ESA research medical doctor, this year me. Concordia is of interest to ESA because it represents a ‘spaceflight analogue’ as conditions are similar to those experienced by astronauts during long duration spaceflights. These conditions include hypoxia, isolation, a skeleton crew, confinement and low light-levels during the Antarctic winter.

Following an interview and extensive medical in Paris during which I accidentally ate a coffee and croissant before my fasting blood tests but was reassured “why of course you did, you are in Paris…”, I received an email stating I was to be the next ESA medical doctor. A month later I left my job working in the Emergency Department at Chelsea and Westminster Hospital, London, to embark on my training.

European Astronaut Centre, Cologne, Germany
Training started with a meeting at the European Astronaut Centre (EAC) where I was introduced to the experimental leads (called PI’s) of the seven experiments that had been selected by ESA to be conducted in Concordia for the 2014/15 season. It was fascinating to hear about the protocols chosen and I was pleased to find that there was an interesting mix between extreme physiology, hypoxia adaptation and psychology. The research groups were international with PI’s traveling from as far as America (representing a NASA research group at Penn University) to just across the road at German Aerospace Centre DLR). 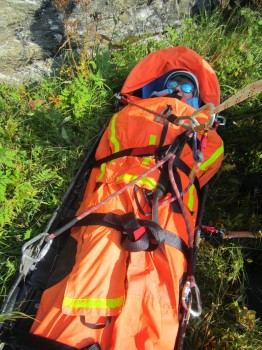 Chamonix Mountain Medicine Course, Chamonix, France
My second phase of training was organised by IPEV in collaboration with Dr Fredrick Champly. Dr Champly has extensive experience of working in the Antarctic and Sub-Antarctic, is the head of Chamonix’s Emergency Department and works for Chamonix’s Mountain Rescue Team (the PGHM). Together with his fantastic team of doctors and mountain guides we learnt about cold-weather injuries, patient retrieval in austere environments, hypoxia physiology as well as enjoying some fantastic days learning winter skills out on Chamonix’s glaciers.

Institute Paul Emile Victor Summit, Brest, France
From Chamonix I travelled to Brest for a conference with all of the French Crew selected by IPEV to work for an overwinter in both Antarctica and the Sub-Antarctic Islands. This made for an interesting mix of technical, logistical, medical and scientific teams from a range of different backgrounds. We learnt about safety, logistics, heard of past experiences and enjoyed a summary of the interesting research which has been conducted over the years by IPEV. Perhaps most importantly this week also gave us the opportunity to meet some of the crew we would be overwintering with and to make friends with the crews of other stations we may work closely with.

Following a rest in the French capital where conveniently one of my best friends also lives I was back to the European Astronaut Centre in Cologne, but this time with the entire Concordia overwinter crew. European Astronaut Centre, Cologne, Germany
This week gave us the opportunity to learn specifically about life in Concordia from representatives of IPEV and PNRA, collect baseline data for the ESA experiments and, perhaps most interestingly, human performance behavior training.

The Human performance behavior training was excellent and run by Loredana Bessone and Susan Buckle. This team regularly train astronauts at ESA prior to spaceflight and we were fortunate enough to benefit from their expertise. During this time we considered the challenges we may face living in isolation and at such close proximity for such a long time and were introduced to tools which might help us overcome these. We also grew as a team getting to know each other’s strengths, weaknesses and personality traits.

At the EAC we also visited the real-size training modules of the International Space Station, underwater training facilities, Space Station control room as well as meet Italian Astronaut Samantha Cristoforetti before she left for space. We also visited and had baseline measurements taken in the new state of the art research facility :envihab run by DLR.

USA, Italy, France & Germany
This week marked the end of my training with my colleagues who I would be sharing my Antarctic experience with. From this time until my departure I spent many weeks learning in detail the different protocols I would conduct on arrival at Concordia. During this time I returned to the European Astronaut Centre and DLR, visited Milan as well as Penn University, in America.

My final week prior to departure was spent back at home in the UK where I had the chance to say goodbye to family and friends. A special thanks to my family for organising an ‘early Christmas’, my sister for an unforgettable day at Cheltenham Races, my London friends for joining me for some cold weather training in London’s ‘Ice-bar’ and Amy for a final wave farewell at Charles de Gaulle Airport, Paris.