Storm before the calm – last week before isolation

This week sees the last Summer scientists leave Concordia research base. The hubbub of activity during Antarctica’s more friendly months when temperatures generally stay above -20°C and the Sun shines brightly is coming to an end. Over sixty scientists who camped around Concordia for their Antarctic research will leave the skeleton crew to fend for themselves. This period is even more intense for the Concordia crew as more planes land and leave with crew and equipment.

Adrianos writes in an email: “We are in a frenzy carrying supplies, arranging planes all the time and internet has been more limited than ever before. We expect to see that reversed soon and i will keep trying to send you photos.” 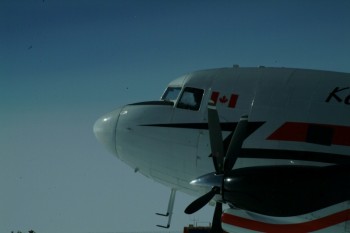 In addition to the telesurgery last week the crew practised emergency scenarios for when they are on their own: bringing an injured colleague back into base. Heavy clothing, the cold and lack of oxygen due to the altitude encumbers operations and transporting the patient back to base has to be done on foot regardless of where the mishap might occur, no vehicles work in the winter months.

Telephones and internet are mainly used to provide communications for the planes so updates have been sparse.

Over the course of this week we will publish the last blog entries Adrianos’ wrote on his travels to his Antarctic home for the coming nine months.