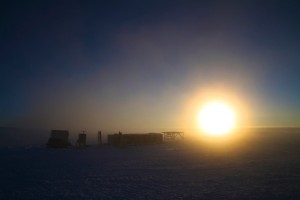 Alex writes: The radio buzzed: 5 minutes until the arrival of the plane, 40 minutes earlier than expected. Antarctica has never been one to throw such surprises, usually we have to deal with unexpected delays.

The winter crew scrambled. Outside, I heard a new noise so foreign to my ears it felt like meeting an old childhood friend – the sound of distant propeller engines humming over the Great White Silence. The sun blazed overhead and with only a mild wind, the station’s exhaust willowed out, hanging over the area adding mystique to this life event.

The first plane to break our period of complete isolation in 9 months had arrived, to the day. 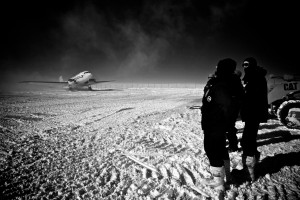 Winter finally broke and so did our team’s winter coat. Around 10 new arrivals embarked from the plane which arrived from the Italian Coastal Station, some old faces and some news ones – all welcomed – injecting a new energy, saturation and definition into our drawn-out lives. Within two hours, everything changed. It was summer on the station at last, beckoning new life on the base. Until this time, we had all been hanging on, holding our breaths. 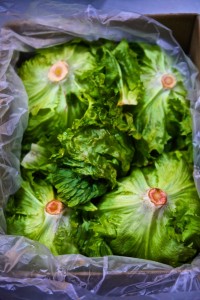 Importantly, there were around 40 other special guests who we had been expecting for the past months and very much looking forward to… 40 boxes of fresh produce that is. When unpacking and rehousing the fresh produce, I saw one winter crew member take out a single kiwi and slide it into his pocket. I understandingly caught a shine of guilt in his eye, as I did exactly the same. It reminded me of summers spent in India as a child, where such a simple taken-for-granted luxury for one person can mean the world to someone else.

Despite the excitement, a few of winter crew retired and retreated to our rooms for a short sleep, overwhelmed perhaps by it all.

Lunch was surreal, as if a dream- there was nothing like the fresh crunch of salad, the mouth-watering delight of real tomato, and to finish off, the bite of a fresh apple. We had gotten used to removing half a centimetre of our stale apple’s skin and below, where they had festered during the long winter.

Slowly, memories of colour, taste and our former selves returned – with the tidal wave of change, we winter-over crew members all changed also. People started to reform the characters I had remembered before winter had began, albeit more tired and pale. Bartender, I’ll have a round of deep and heavy relieving sighs followed by a round of smiles for everyone still standing. 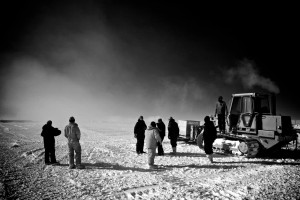 The un-acclimatised newcomers who silently struggle on the station’s stairs starved of oxygen, victims of the Antarctic Plateau’s thin atmosphere. I noticed a new air among my fellow winter crew members, all of whom seemed to breathe easier.

Ultimately the Antarctic winter dwindles you down to operating on reserves for survival but it is good to know we are all still standing. No words can describe the past years’ worth of experiences – all of which, as a crew of 13, we are extremely fortunate and privileged to carry for the rest of our lives knowing we survived, together, the worst winter available anywhere in the world.