A helping hand in the dark

When NASA astronaut Jeanette Epps hung over 200 m of void, she was not alone. The first-time cave explorer was closely monitored by a certified speleology instructor during her descent, who guided her every move and oversaw every tether.

As with a launch and landing in a spacecraft, entering and leaving a cave are the most critical moments. And the CAVES supporting team did not leave anything to chance.

NASA astronaut Jeanette Epps gets a helping hand during descent into the cave. Credits: ESA–V. Crobu.

The same close support was given to all six astronauts who took part in the latest ESA’s CAVES training – a demanding course that, among other things, prepared them to work safely in all possible scenarios.

The latest edition of CAVES mobilised 28 specialists from several countries. Of these, 21 were in charge of technical safety and logistics. Just as it is for ground teams during a space mission, the safety and wellbeing of the six astronauts was their prime responsibility.

Many layers of safety were put into place, ready to come into action and always standby as the astronauts explored the cave.

Caves are hostile environments. The mostly uncharted terrain and alien climate conditions, combined with the demanding climbing techniques needed to explore the underground present many risks.

The crew faced situations where the intervention of speleologists was required to prevent accidents.

“We were always close to the astronauts in critical passages where we had to use advanced rope techniques,” explains Spartaco Savio, speleological guide and instructor of the Italian Alpine Club.

“After the first days in the cave, the astronauts built up confidence and we let them explore independently. They might have felt that we were letting them go on their own, but in fact our attention increased because when the fear of the surrounding environment is reduced, explorers tend to underestimate or overlook risks,” points out Spartaco.

“We followed them at distance, trying to not interfere in their decision process on exploration and planned activities,” explains Francesco.

However, the team was constantly scouting for potential dangers and was ready to intervene if the astronauts ventured too close to a vertical cliff or got stuck in a narrow passage. 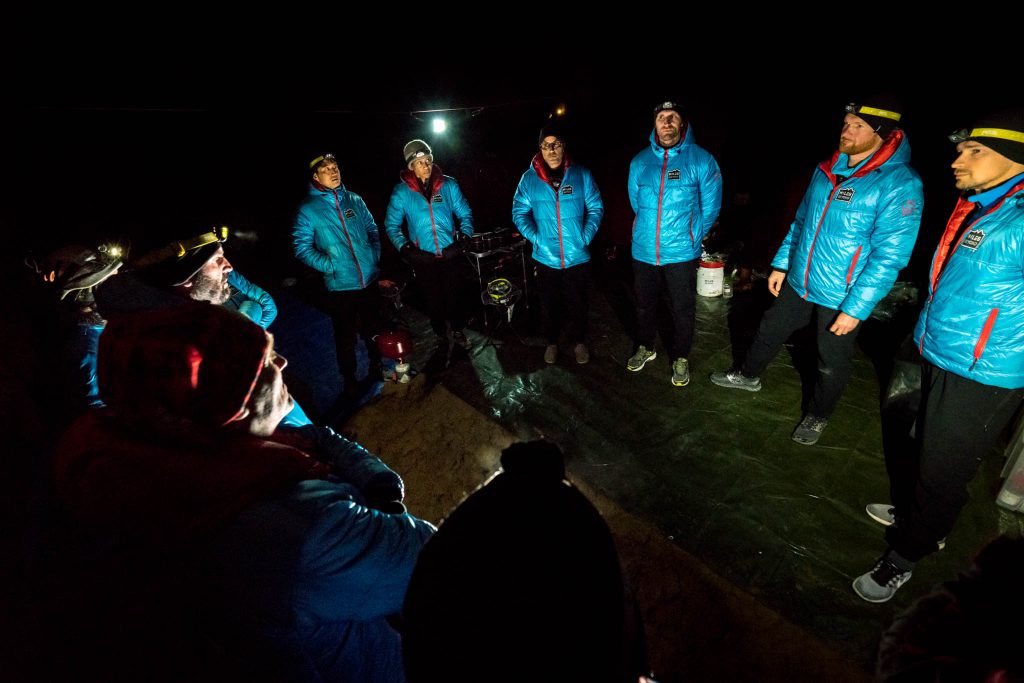 While qualified personnel were always close by, all equipment was regularly checked by a fellow explorer – a buddy-check. “Astronauts are definitely safety-driven professionals,” recalls Pino.

Medical care in the extremes

The two doctors in the team, Patrizio Rubcich and Luca Carenzo, made sure that medical care was present at every stage of cave exploration.

Both doctors have extensive experience in trauma, emergency and wilderness medicine. Providing emergency care in remote settings is nothing new to them, both in Italy and as part of international expeditions across the globe.

Human behaviour, performance and speleology are high up in their list of interests. However, supporting CAVES was a first-time experience.

“We had to make sure that all astronauts stayed fit and healthy. This year’s mission exposed the team to an average temperature of 6°C for six days, and involved exploring slippery terrain and wet ravines. Consuming enough calories, staying warm and getting enough sleep was key to carry on safe exploration,” explains Patrizio.

The doctors paid extra attention to safety standards, with one doctor following the astronauts at all times.

“Our biggest challenges were access to the cave and a possible evacuation,” adds Luca.

Since they could not transport a hospital to the cave, their approach was to have several medical kits – one small bag that the medical doctor always carried with him, and a larger kit located at base camp that had a bit of everything, from fever medication to suturing tools and tourniquets.

The head of technical support also carried a first-aid kit, and another medical bag was on the surface.

Everything went well during the training, but what would have happened if there had been a medical emergency? In that case, the medical doctor inside the cave would communicate with his counterpart above ground and evaluate the situation.

In case of evacuation, the rescue team would take the lead.

Rescue organisations stayed alert at the entrance of the cave during all phases of the training.

“Let’s not forget that a medical evacuation from a cave could take a few hours, but it usually requires days. A rescue in case of accident or illness relies on a high degree of technical support and strict procedures,” points out Patrizio.

Teams from Italy and Slovenia were always on call and ready to assist inside and outside the cave. Up to 20 people, including volunteers, were aware of the astronaut activities and ready to intervene. 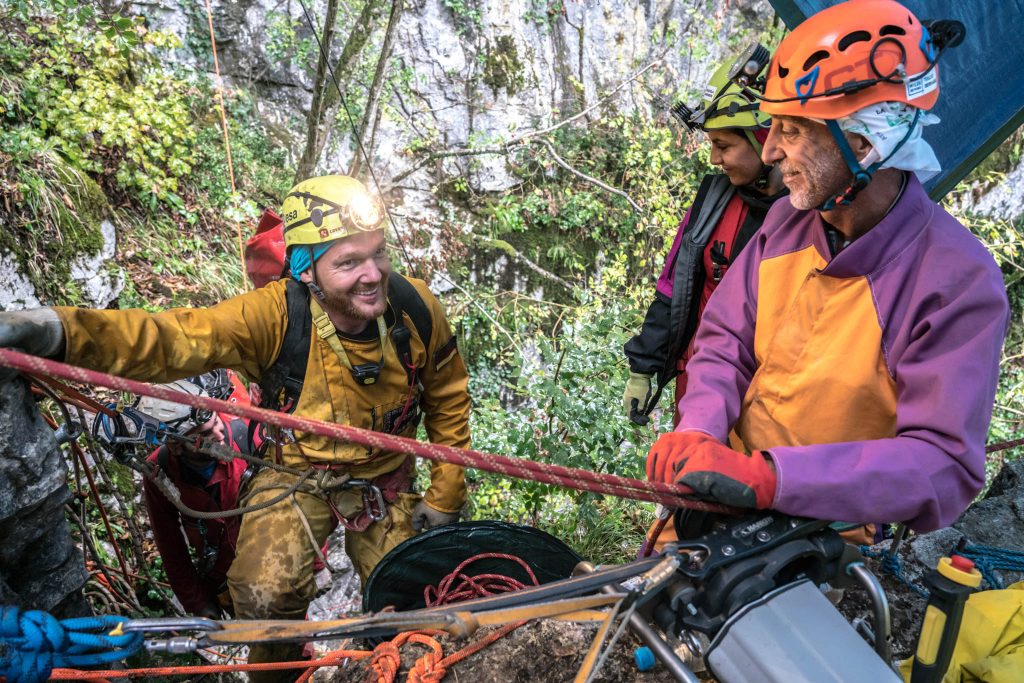 Over four kilometres of ropes, 400 carabiners, 200 swings and 100 anchors were required during CAVES 2019. Credits: ESA.