Science beneath the surface

Inhospitable and hard to access, caves are untouched worlds and ideal traps for scientific evidence.

Astronauts from this CAVES edition will perform a dozen experiments and will be on the lookout for signs of life that have adapted to the extremes below the surface.

The six explorers will study the delicate climate, fauna and water of the cave. They will pay special attention to environmental parameters, including air and water quality, and pollution by microplastics. Microplastics are milimetric plastics that can end up in the food chain and raise concerns for the environment and human health. 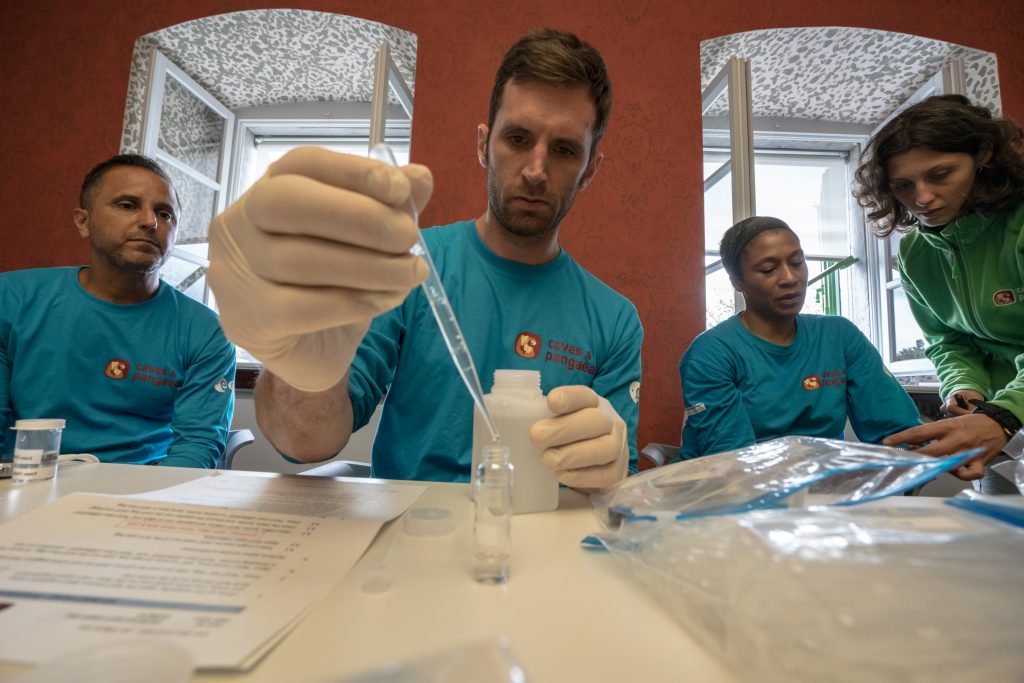 “This will be the first time that a team will observe subterranean life for several days in this particular cave of the Karst Plateau,” points out Franci Gabrovšek, professor at the Karst Research Institute ZRC SAZU in Slovenia.

The hunt for life is a key goal of each CAVES expedition. “We hope to find new species again,” says Franci, recalling the discovery of the crustacean Alpioniscus sideralis during the second CAVES edition in 2012.

While some studies on cave fauna and water are typically carried out in caves, experiments on air and microbiology have great analogies with space research. 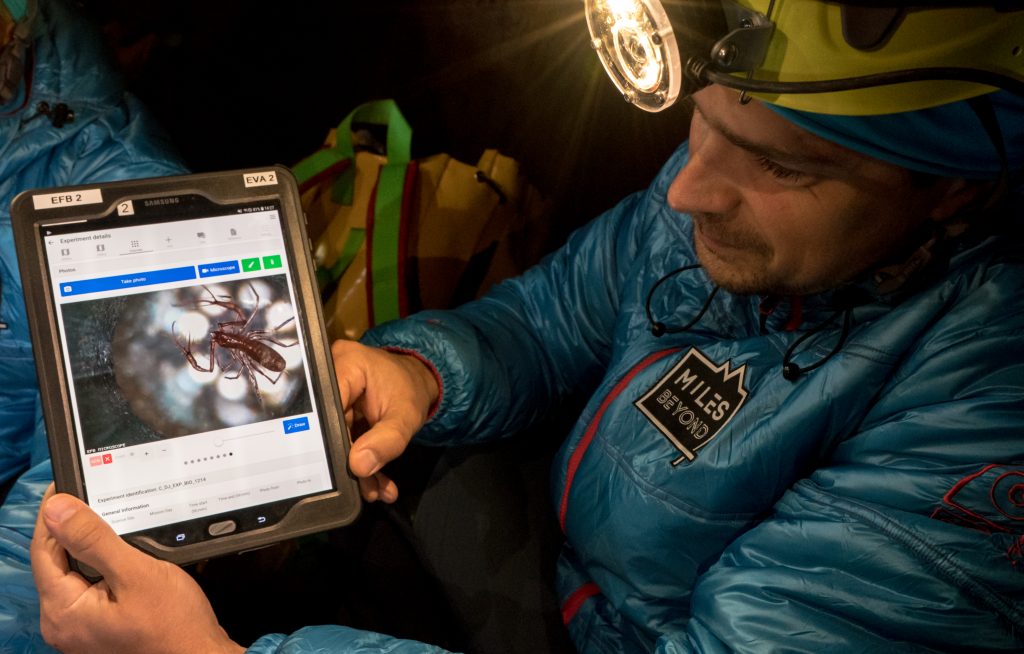 The new location in Slovenia requires a new scientific programme, and scientists are eager to see the results. “We expect the astronauts to collect promising data on cave biology and microbiology, and also from the analysis of air and water,” says Jo de Waele, CAVES instructor and associate professor in Geomorphology at the University of Bologna, Italy.

Here is a summary of the multidisciplinary science the trainees will perform during the six-day training adventure.

Water is crucial to the formation of cave systems. Understanding its composition and travel routes through the subsurface are important for resource utilisation, ecology, pollution and cave morphology studies.

Trainees will locate water bodies whilst exploring the cave system, sample water on the spot and analyse it back at the base camp. These measurements will help determine the chemical composition and physical properties of cave water.

Scientists above the ground will later collect part of these samples to examine the presence of microplastics.

Caves are inhospitable places for most organisms. They lack light and consequently contain little food. However, caves can still host a variety of species that are specially adapted to live in these extreme places.

Many of the species found in caves are very rare, and can act as valuable scientific resources – they can be used to reconstruct climatic conditions and geological habitats.

Trainees will collect cave fauna from walls, floors and host rocks, as well as from pools and drip water. They will analyse the DNA and characterise the morphology of the organisms. This will help the science teams to better understand the cave ecology and their links to the environment. 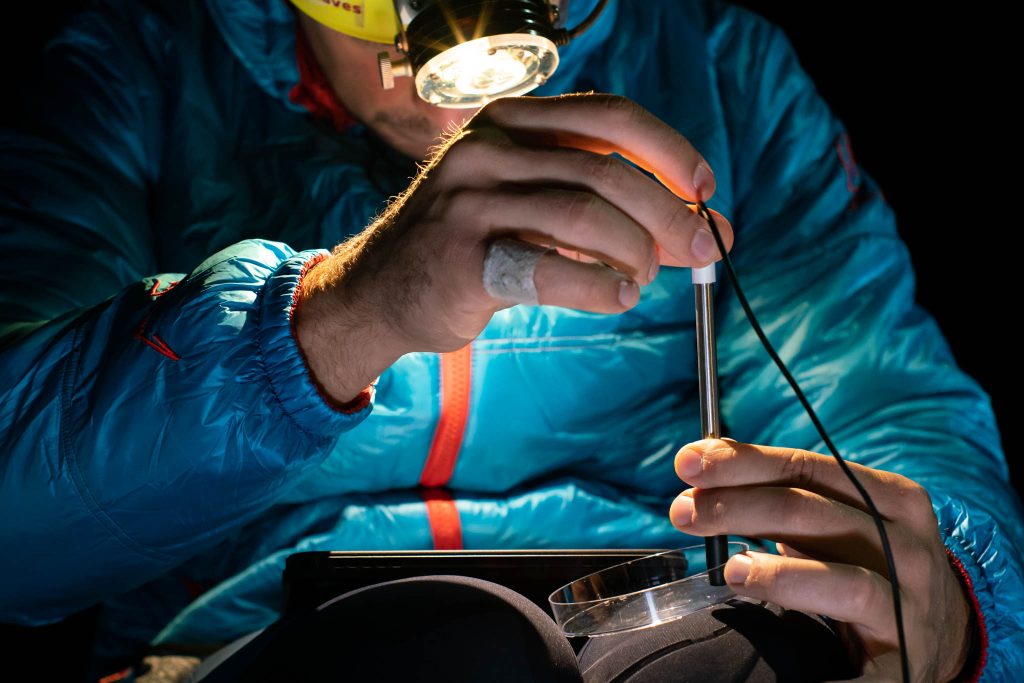 Microbes can be found living in almost every environment on Earth. They have been found living at temperatures above 100°C at the bottom of the ocean, kilometres into Earth’s crust and in extremely acidic and alkaline fluids.

Several of the microorganisms discovered in caves are adapted to nutrient-poor environments and use biological cycles based not only on carbon, but also on nitrogen or sulphur. Some can even live exclusively on rocks, making them extremely interesting for space exploration.

The astronauts will carry out a set of analyses of organisms, including examining their DNA, to determine the types present and their survival strategies. 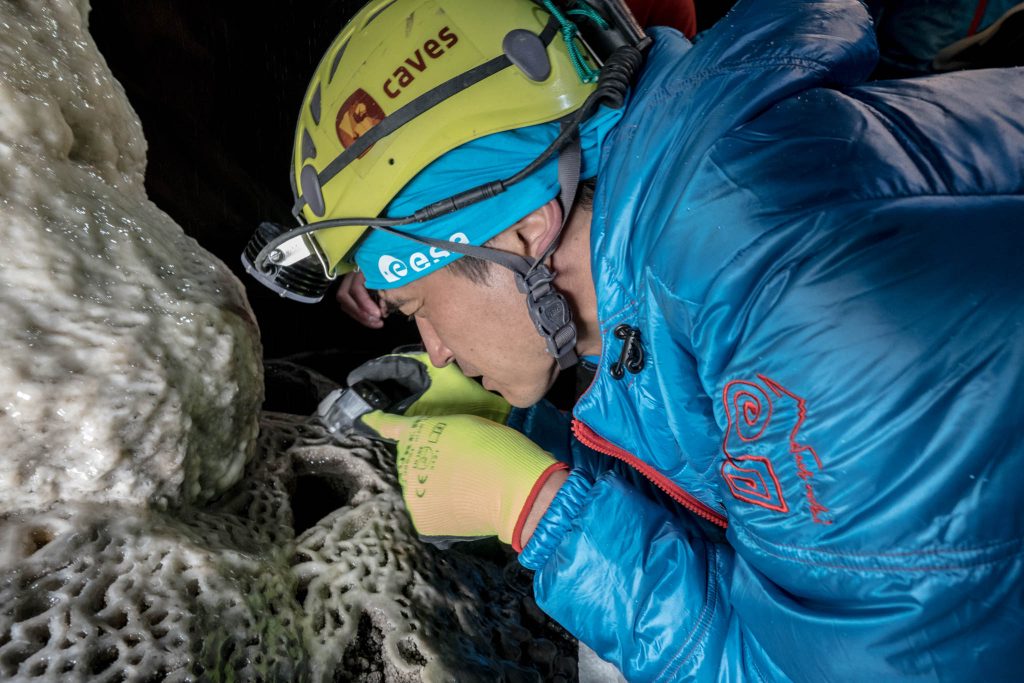 Two gases are of particular interest in cave science: carbon dioxide and radon.

Carbon dioxide is important in the formation and evolution of cave systems, as it is involved in the chemical reactions that govern rock dissolution and formation. This gas is also used to understand ventilation below the surface.

Radiation is a major concern for human space missions to the Moon and Mars. In closed environments, radon is the most significant source of radiation exposure. The trainees will analyse it and learn how radon concentration in a cave’s atmosphere is influenced by a wide number of factors, such as Uranium concentration in the rock, temperature differences and air and water flows. 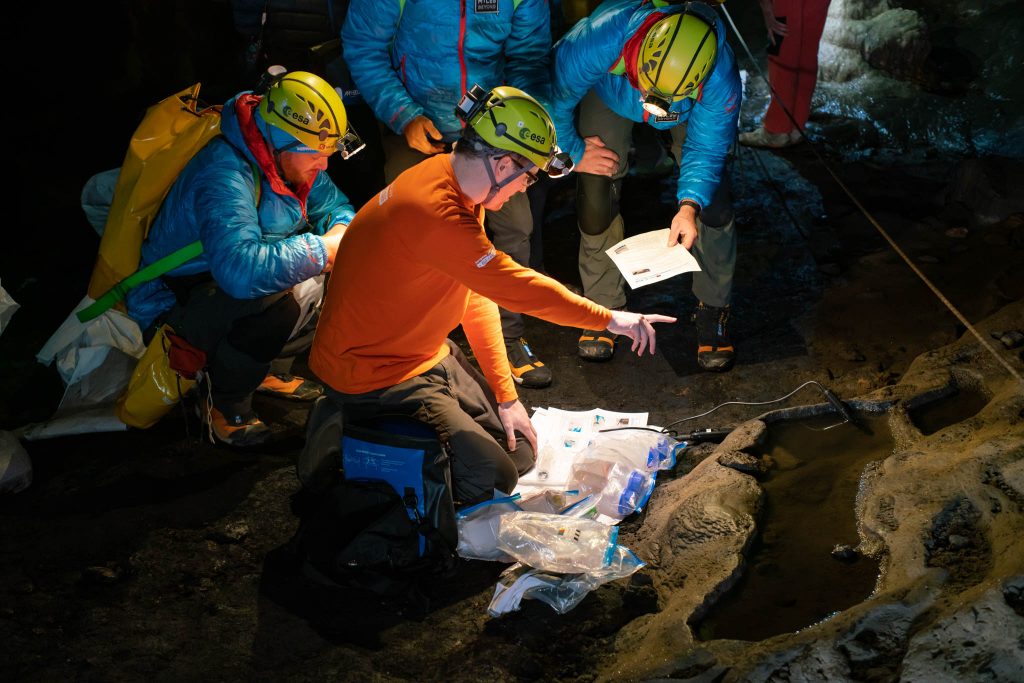 Caves are relatively stable climatic environments, with a rather constant temperature and high relative humidity. The astronauts will measure temperature, pressure and wind speed and direction in the cave.

Detailed measurements of climatic parameters will allow the cavenauts to recognise the movement of air through cave systems, and the origin of variations in gas composition. 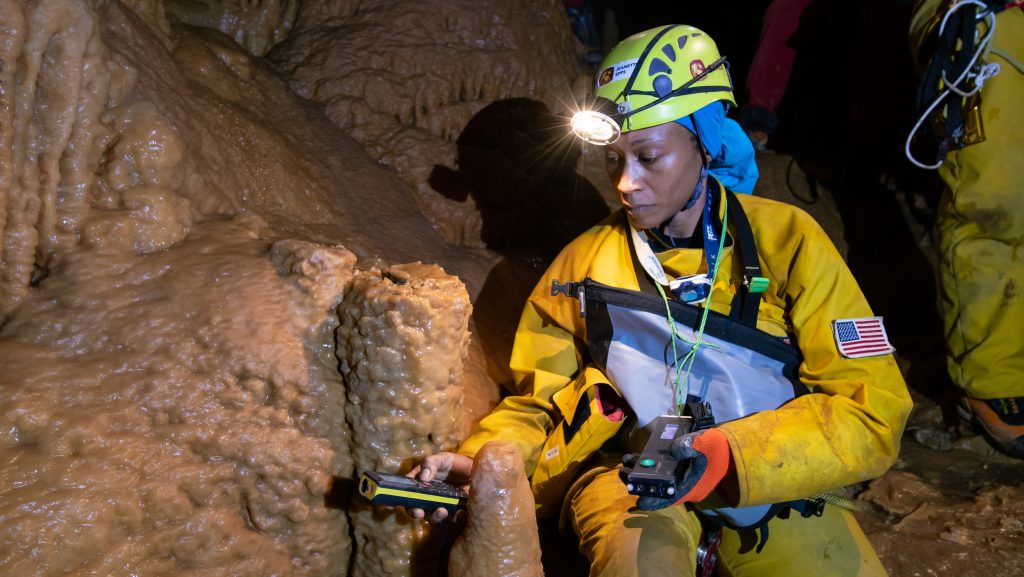 Understanding the flow of water and how it infiltrates through cave systems is crucial for understanding cave morphology, ecology, and even resource utilisation, as many human settlements rely on water sources fed by underground rivers.

The trainees will examine flow paths in the cave system and monitor drip rates. They will trace the path of the waters running through the cave system. A second experiment will use an acoustic sensor to monitor water dripping into the cave over a period of time. 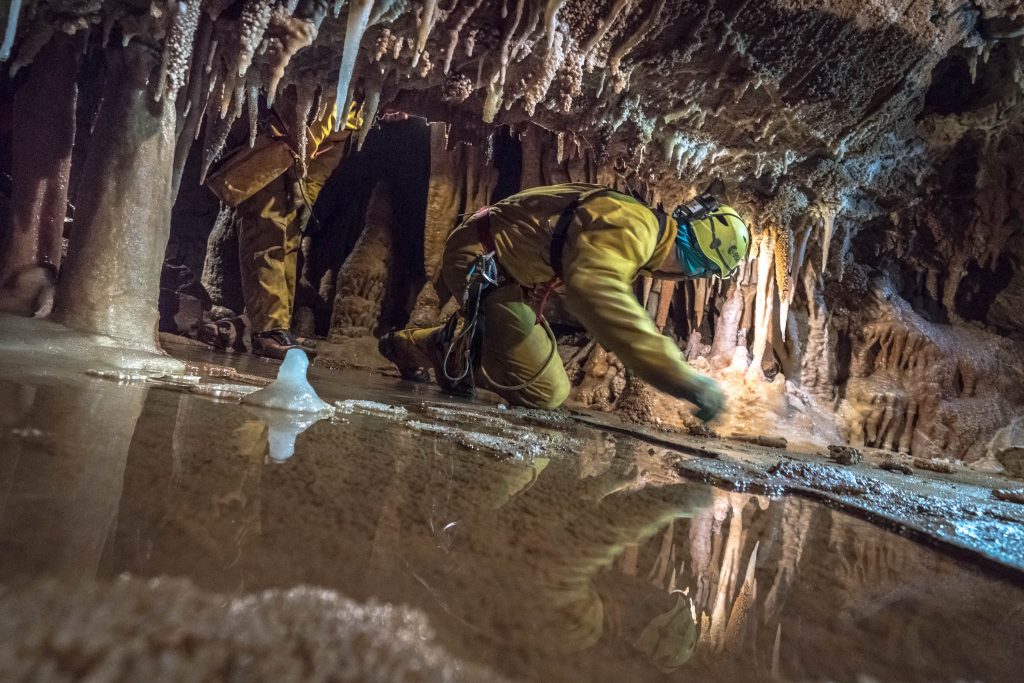