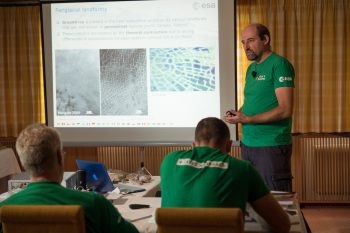 Choosing a landing site for a rover and tracking down ice on Mars are two of Nicolas Mangold’s long-time passions. Ever since deciding to study planetary geology back in the late 1990s, the diversity of the Red Planet has fascinated him.

“I was interested in astronomy and geology when the Mars Global Surveyor spacecraft began to relay a wealth of data,” he recalls. Nicolas was already involved in the study of martian landing sites and later became involved in the Mars Express mission. “There was special excitement around Mars exploration. I was in the right place at the right time, and with the right company,” he adds.

Telemetry data and imagery kept coming in, giving Nicolas a good source for his more than 150 peer-reviewed publications. In 2006 he received a CNRS medal for his work as a young scientist on Mars fluvial and glacial landforms. He is currently part of a team of scientists guiding the Curiosity Rover’s path and geological observations on Mars. 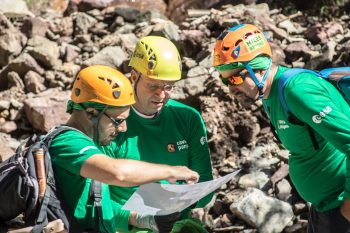 Rock identification in the Italian Dolomites. Credits: ESA – A. Romeo

Now deputy director of the Laboratory of Planetology and Geodynamics in Nantes, France, he joined Pangaea as instructor of Mars sedimentary geology. “During the course I teach how to recognise landforms from orbital images and identify rocks in the images taken by rovers,” he explains. “What type are they, and how can they help us understand martian history?”

Nicolas is happy to confess that training astronauts and space exploration experts turns his classes into an exchange of perspectives rather than a lecture. “The lesson works in two directions. There is a powerful interaction with different points of view, and that opens up our vision of space exploration. We can have, for example, lengthy discussions about how a rover on Mars can be driven from Earth.”

“It is crucial to understand how astronauts work and think. Which rocks will they look at when exploring other planets? During Pangaea they learn the geologist’s point of view and how to collect rocks as efficiently as possible,” he adds.

This planetologist is amazed at the amount of information the Pangaea trainees are able to digest in just a few days. Quick learners and highly motivated, course participants Thomas Reiter, Sergei Kud-Sverchkov and Aidan Cowley were able to interpret some of the landforms in images from the Curiosity Rover before Nicolas even started his explanation.

“They admitted they would not have been able to understand these images before joining Pangaea. What a great gift for a teacher that is!” he concludes. 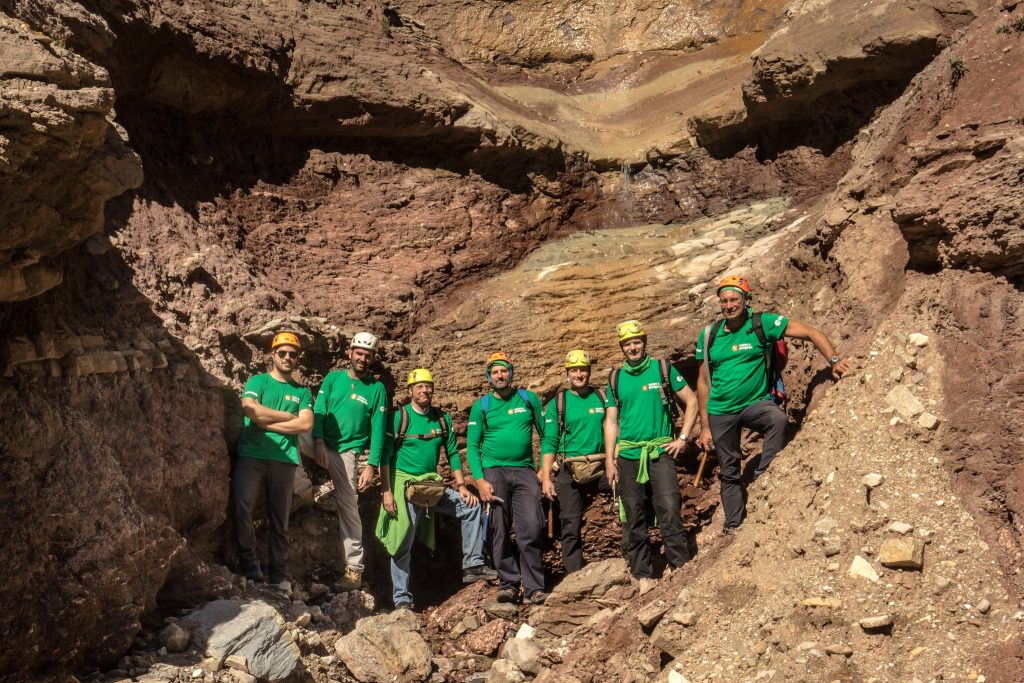 Pangaea trainees and instructors at the Bletterbach canyon. Credits: ESA – A. Romeo