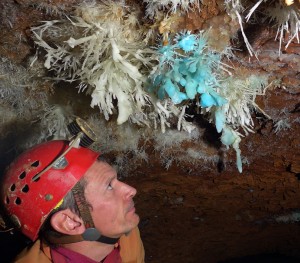 Not many people in the world understand the importance of karst, or even know what karst is. ‘Karst’ does not sound particularly inviting, and it could be confused with a disease, a curse, or other bad things. In reality karst is the name of a region, between Slovenia and Northeast Italy, where rock dissolution has created a wide set of beautiful surfaces and subsurface landforms, most important of all are the caves.

The word ‘caves’ is more commonly known but it often evokes fear and danger. Caves are often thought to be dark (and up to here people guess right), with bad air (only when exhausted cavers pass by does it sometimes get smelly) as well as dangerous, inhabited by evil spirits and dragons, home to devils, not to mention bloodsucking vampires with terrible diseases. Poor caves, and poor bats that live in them.

Caves are wonderful places, where awesome mineral formations – stalactites and stalagmites – render speechless. Bats are lovely creatures that eat insects or fruit, a fundamental part in the biological cycle of plants and animals, including humans. Without bats we would be surrounded by clouds of mosquitos and moths!

What do astronauts think about karst and caves? Who knows, although many people may have visited a tourist cave, the formation of underground spaces and surrounding landscapes often remain a mystery including to astronauts, despite it being likely that caves will be found on other planets, and could be used as shelters for extra-terrestrial expeditions. 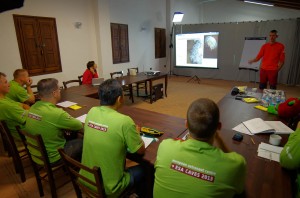 Since ESA’s CAVES requires astronauts to explore, map and run scientific experiments in a cave, I designed a lecture on karst that gives a quick but easy overview of the phenomena and the environment. Not all astronauts are scientists and time constraints required that I prepare a 60-minute lecture to give the background information needed to perform exploratory and scientific activities in caves.

From today we present five videos on karst, each of around 10-15 minutes, releasing one each day. The lessons cover the karst processes, the resulting surface morphologies, the genesis of caves, cave morphologies, and the caves and karst of Supramonte, in Sardinia, Italy.