While we have already been out on the ice and have seen plenty more of it, Christian Haas from York University, Canada joined us on Monday so we could get down to more measuring. 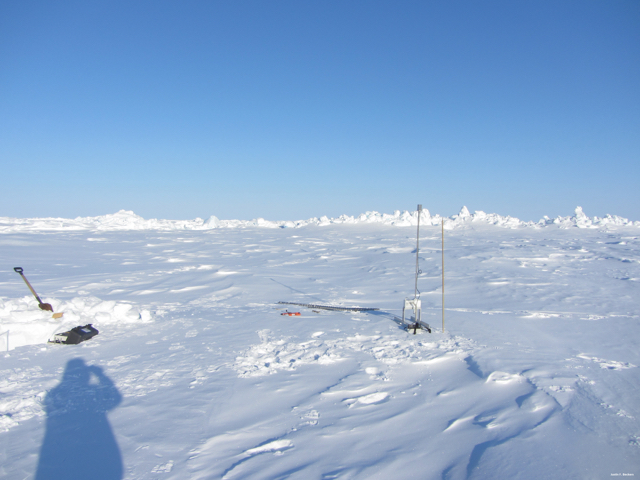 Snow micropenetrometer near snow pit at Site 3 with very large ridge of sea ice in the background. (F. Beckers)

However, with cold, –30°C temperatures we did have some problems with the equipment.  For instance, the LCD displays work very slowly if at all, battery capacity drops in minutes or batteries even drop into a cold-temperature protection mode.

Nevertheless, it is hard to imagine a nicer day at this time of year for our team, super cold – but sunny and hardly any wind! 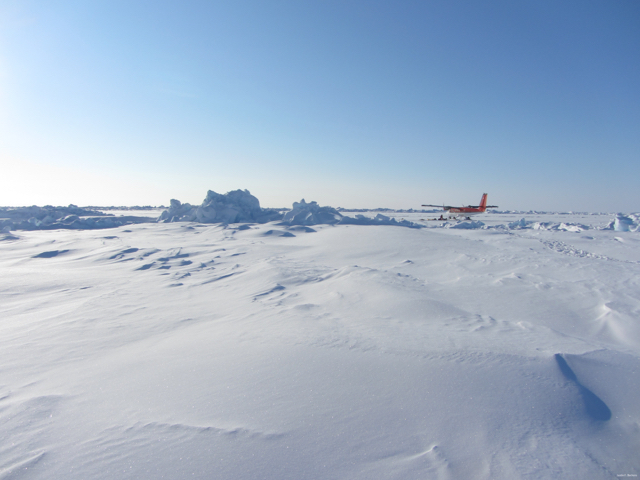 We’ve already collected a couple of kilometers of ‘magnaprobe’ and electromagnetic data, a couple of snow pits and tens of snow ‘micropenetrometer’ measurements.

The final great news of the day is that the NASA Operation Ice Bridge P3 passed over our first site of the day (CryoVEx2017 site 3) while surveying under CryoSat as it orbits above. 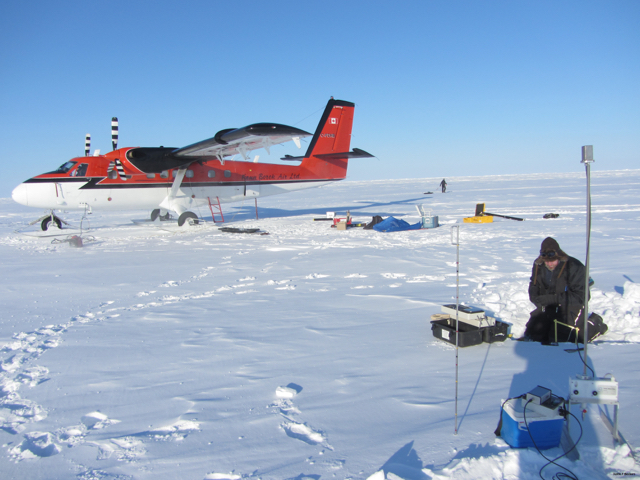 Josh King taking snow pit measurements with the Ken Borek Twin Otter in the background and the snow micropenetrometer acclimatising to the -30°C temperature. (F. Beckers)

It was nice to see our colleagues pass overhead and to know they were collecting data in the area.

The plan for 12 April is to sample to more sites, though we won’t know which ones until the weather check first thing in the morning.

That’s all for now!