The altimeter in the front of the Twin Otter aircraft is showing 8500 ft as we cruise due south from Rothera research station for the next leg in our PolarGAP adventure. To the left, the rugged ice covered mountains of the Antarctic Peninsula rise steeply through the clouds, with rocky slopes showing through as crags of black. To the right, white cloud stretches away into the distance before giving way to sea ice and the dark blue of the Southern Ocean beyond.

The last 8 days has passed in a frenetic blur. Having worked at Rothera before, for me, stepping from the Dash 7 felt like arriving somewhere both comfortably familiar yet startlingly amazing and alien. Many familiar faces, the same bunk room, office, dining room and bar as before. Yet, every now and then, I would look up from my work, or out to the mountains beyond the base at the end of a long day and be reminded of the sheer beauty of the landscape and how fortunate I am to work in such an amazing place. 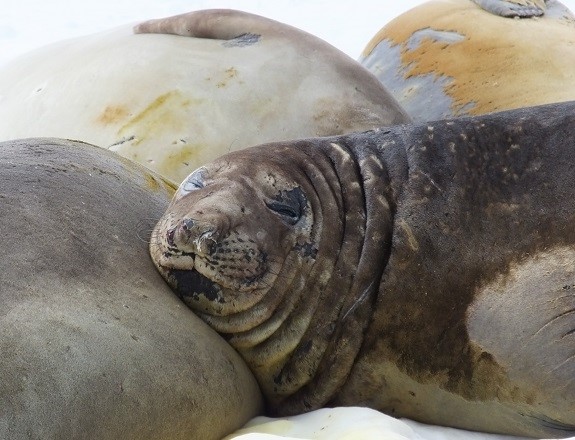 Some of the more charismatic locals were also a great sight to see, with heaps of elephant seals lying around the base, almost always with a contented smile on their faces, or occasionally mock fighting and belching angrily at each other.

The first couple of days at Rothera were taken up with training to re-familiarise us all with working on station and the field kit and procedures we will need at our deep field camps. Once all our training was in place the attention of the entire PolarGAP team turned to the work of preparing for the survey in earnest. To do this we had to turn the inside of an empty Twin Otter aircraft into a state of the art flying lab capable of measuring the strength of the earth’s gravitational field to within 0.0001%, the earth’s magnetic field to within 0.002%, to see through up to 4 km of ice to the mountains beneath using radar, and to measure the ice surface to within 5cm with a laser, all at the same time! 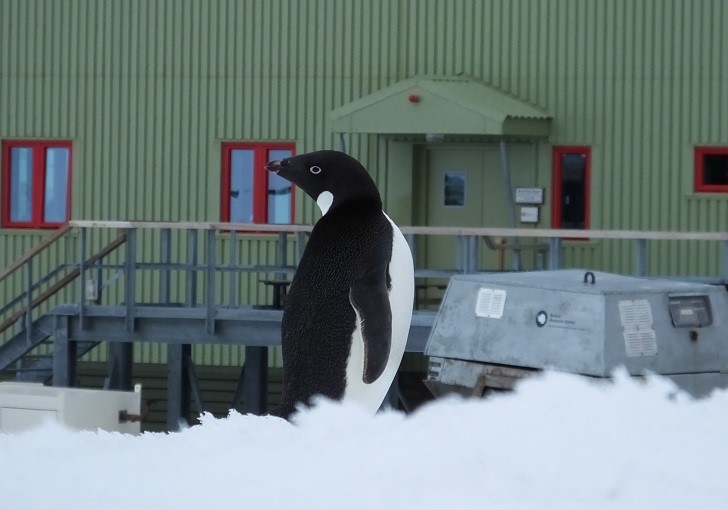 This kit out and testing phase is always one of the most stressful on an airborne survey project like PolarGAP, as all the equipment must be assembled almost from scratch on a very tight time line. As the week progressed and time passed the stress built up to the moment of powering on the systems. Then, as each system was methodically powered on and tested all the pieces began to fall into place and we finally had a working survey aircraft ready for our first test flight. This coincided with the arrival of the Adelie penguins on base, for the first time in a week or so, which raised moral even further.

Due to our tight schedule after working through the weekend our first test flight flew on the evening of Sunday 13th December, with base staff staying up until almost midnight providing radio communications throughout our flight, fire cover for takeoff and landing, and help putting the survey aircraft away at the end of the day. Our test flight was successful, allowing calibration of the lidar and catching a few last minute snags with the other systems. To stay on schedule the morning of Monday 14th was spent ensuring all the essential spares and our personal kit was packed ready for departure. A hurried lunch, and a tractor ride to the aircraft, a pensive wait for a final improving weather observation, and we are ‘engines start’ heading into the field. 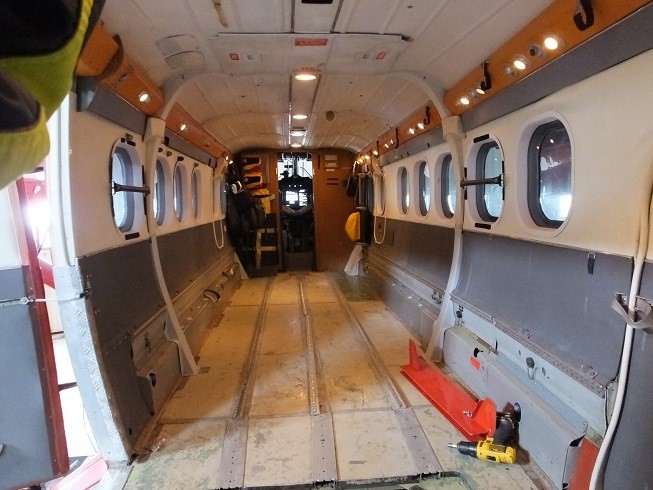 From Rothera we will be heading south with two aircraft, the survey twin otter, and a utility aircraft packed with spares and survival equipment for everyone on board. Our first stop will be Sky Blue, a blue ice runway on the Antarctic Peninsula. Here we will spend the night, before weather permitting, flying east, across the Ronnie/Filchner ice shelf to our first survey field camp at FD83. Here Harvey and Kenny, a two man Norwegian field party, is eagerly awaiting our arrival, having arrived at the FD83 camp six days ago.

The successful kit and testing of the survey aircraft was only possible because of the hard work of an entire team of people. On the science side the team at Rothera working on the PolarGAP project consisted of a range of different specialists including Carl, our survey engineer who makes all the science kit work, Arne a specialist in airborne gravity from Technical University of Denmark (DTU), Hugh a BAS glaciologist, specialising in airborne radar, and myself. On the aircraft side of the project Ian and Andy are our survey pilots, while Mike is the aircraft engineer in charge of fitting all the hardware to the outside of the aircraft and all the routine checks and maintenance required to keep the survey aircraft flying. For living in the field, Ben, our field guide, has been working to prepare the equipment for the second PolarGAP field camp at Thiel Mountains, while making sure we have all the additional kit we need for living and working at FD83. 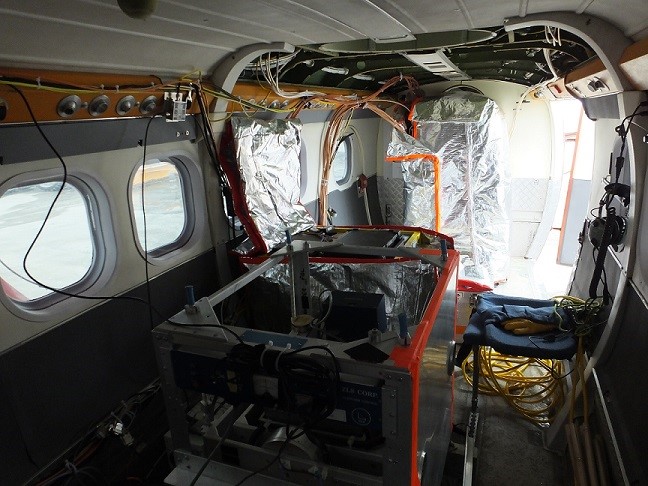 In all our work at Rothera we were admirably supported by the entire station staff who were always happy to help and assist in whatever way they could, from the communications team helping input nearly 800 flight marker points into the aircraft navigation system, to chefs putting aside meals when we were working late, and the staff of the air unit who were always ready to lend a hand as we bolted various extra pieces to the survey aircraft.

About PolarGAP:
The main aim of ESA-funded project is to collect gravity data, completing a global model of the Earth’s gravity field which, away from the poles, is derived from satellite observations such as ESA’s GOCE. The project will also make measurements of ice thickness and the Earth’s magnetic field to reveal the mountains and valleys under the ice, and the geological processes which created them. For more information see the project page.