With temperatures constantly lower than –20°C, one might ask if it could get even worse – well yes it can, it can be incredibly windy! 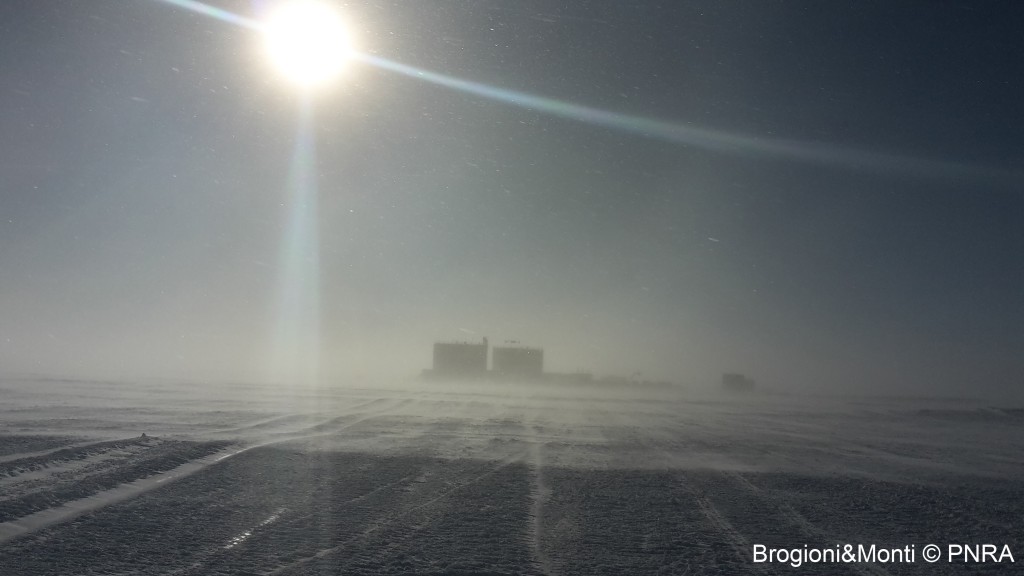 The first time we came here, everyone said there was no wind at Dome-C and you could never have the 100 m/s winds you get around the Antarctic coasts. However, even winds of 6–9 m/s can be really hard to cope with because of the wind chill.

Last week we had a steady southerly wind with a speed constantly over 6 m/s and working outside, even for few minutes, is quite tough.

The road towards the American tower completely hidden by the whiteout. (credits: M. Brogioni/F. Monti)

In addition, if you consider that our DOMEX and GRAIS experiments run on the Concordia American tower 14 and 45 m high respectively, you can imagine how nice our week was.

Nevertheless, we made significant progress with our research: we completely serviced DOMEX and ‘rappelled’ the GRAIS receiver down to the shelter at the foot of the tower. 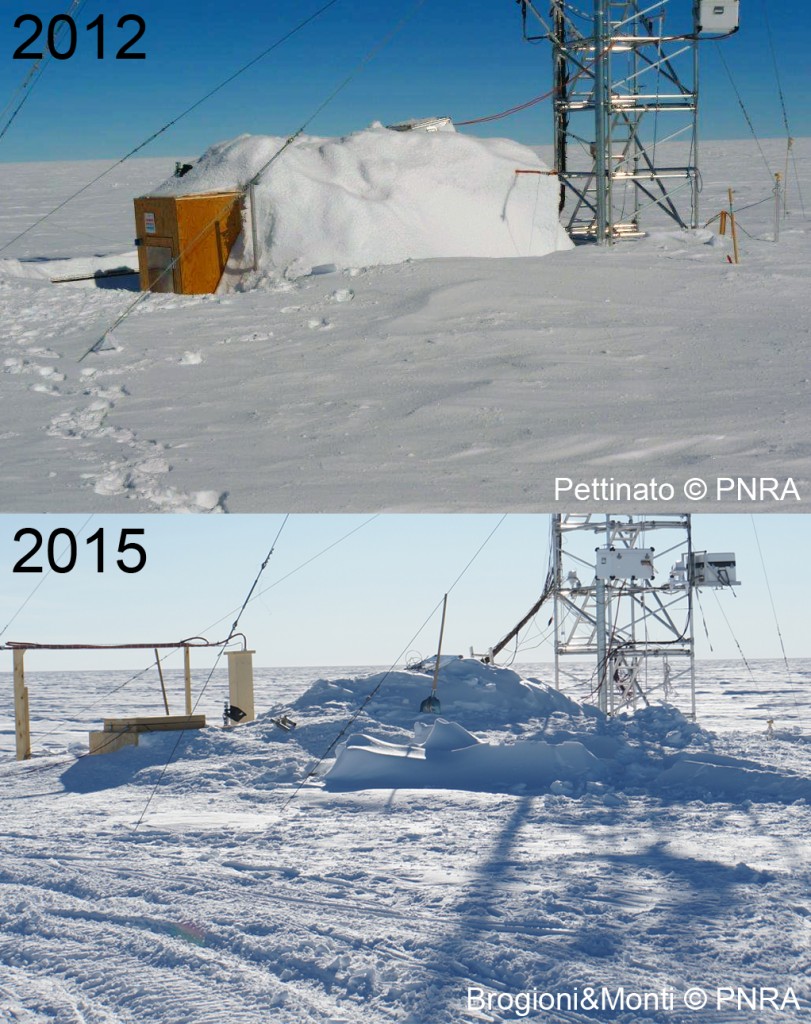 The shelter of the American tower as seen on 2012 and in 2015 completely buried by snow. (credits: M. Brogioni/F. Monti)

Yes, you read this correctly. Rappelled down – because by now the shelter is completely buried under the snow.

This is the other common effect of the Antarctic winds: everything gets buried in snow very quickly.
So, wind plays a main role in the Antarctic Plateau scenario, playing the role of the baddy!

Note: Marco Brogioni and Fabiano Monti are in Antarctica on a field campaign to support ESA’s SMOS mission.