ESA’s wind mission, ADM-Aeolus, is entering its integration and testing phase and will be ready for launch at the end of 2016. 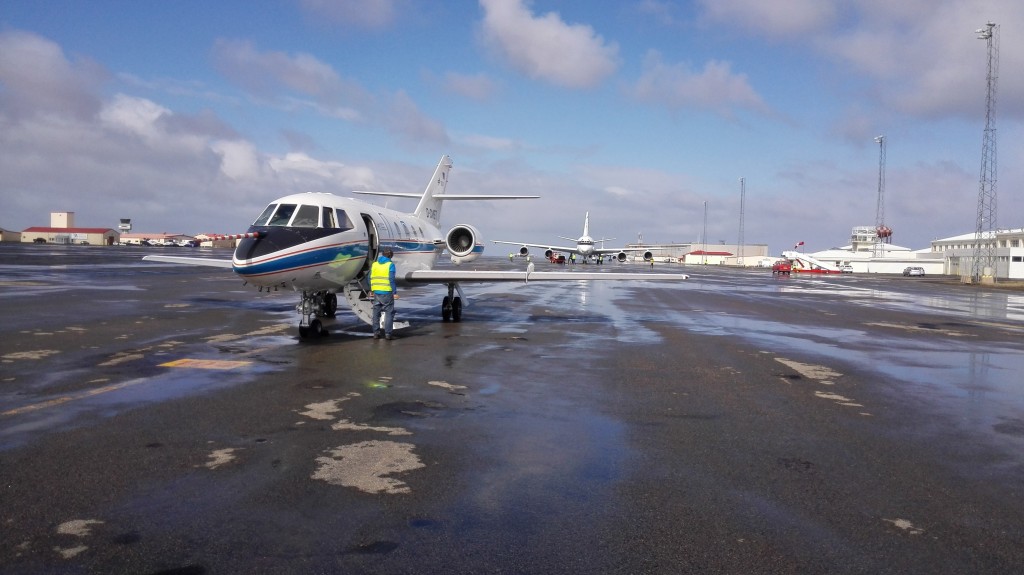 The DLR Falcon at Keflavik airfield in Iceland. (ESA)

The satellite carries a single instrument – a Doppler wind lidar called Aladin. This sophisticated instrument is designed to probe the lowermost 30 km of the atmosphere to provide profiles of wind, aerosols and clouds along the satellite’s orbital path.

Comprising a powerful laser, a large telescope and a very sensitive receiver, Aladin is the first wind lidar in space and a demonstrator for future operational missions. By providing timely and accurate profiles of the world’s winds along with information on aerosols and clouds, the ADM-Aeolus mission will not only advance our understanding of atmospheric dynamics, but will also provide much-needed information to improve weather forecasts.

The campaign in Iceland brings together researchers from Europe and the US to have a closer look at wind profiles by means of airborne and ground-based lidar measurements.

The different teams met at the Keflavik airfield in Iceland on Monday 11 May. NASA’s modified Douglas DC-8 airplane had just arrived from Palmdale, California.

In addition, a Falcon plane owned by the German Aerospace Center, DLR, arrived after stop-overs in Germany and the UK to refuel. It carries the Aladin Airborne Demonstrator, A2D, developed in Germany by Airbus Defence and Space and DLR. There is also a very accurate reference instrument aboard, DLR’s ‘two-micron’ Doppler wind lidar. 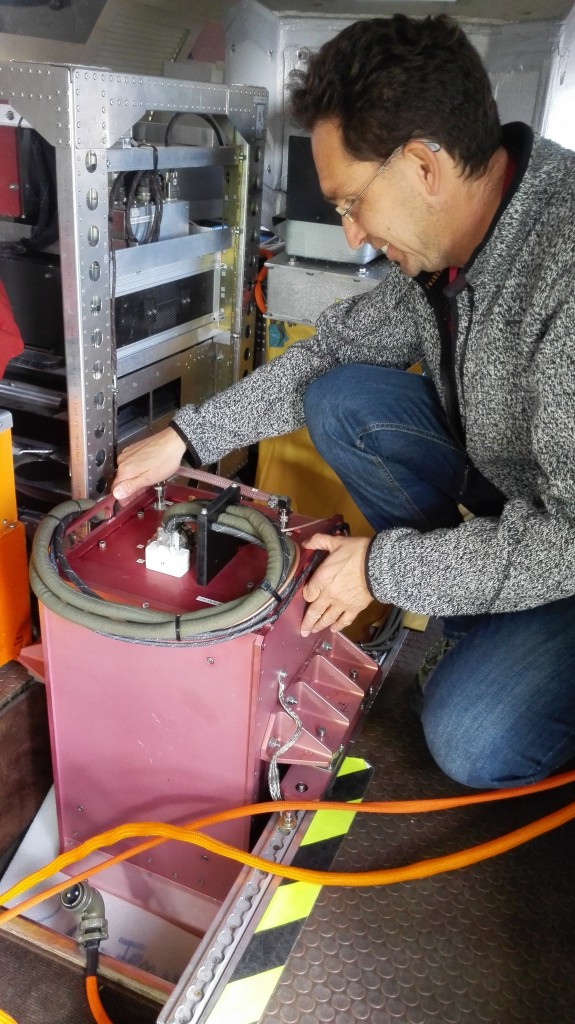 The different teams took measurements on their way to the campaign base and arrived with the good news that all the systems had worked well during the flights.

Pilot preparing to take off. (ESA)

During the first night, the teams experience first-hand the stormy conditions known to Iceland, where the gusty winds of up to 100 km/h shook the wooden huts serving as accommodation for a number of scientists. 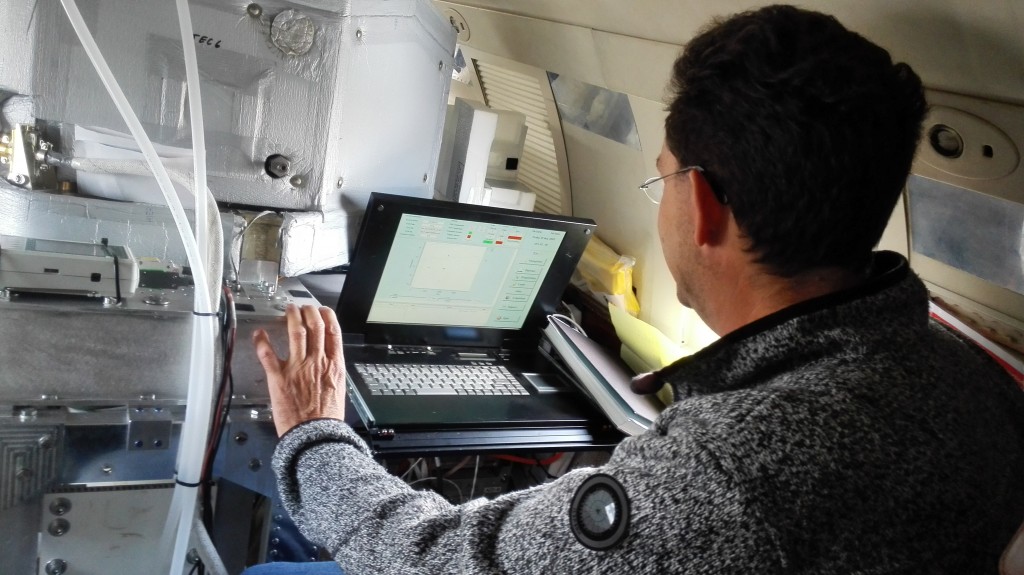 Over the coming two weeks, the teams will spend roughly 50 hours in air to chase the winds around Iceland and over Greenland. More news about the teams and flights will be posted on this site during the coming days. Stay tuned!