SMOS ice: Looking for ice in the middle of a heat wave 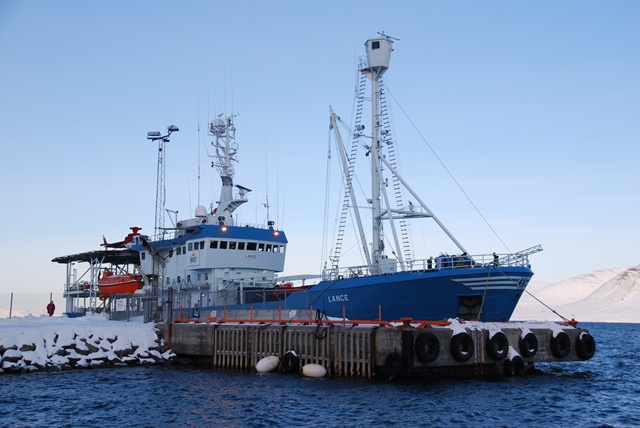 As the SMOS mission scientist, I am about to spend two weeks aboard the Norwegian Research Vessel ‘Lance’.

SMOS is not only providing important information about soil moisture and ocean salinity, but it could be used to map thin ice floating in the polar seas.

We’ll be heading east from Longyearbyen, the capital of Svalbard to the Barents Sea and on route, whenever possible, we’ll use a range of different techniques to take measurements of ice thickness.

Helicopter, which carries the EM Bird sensor, on RV Lance in the harbor of Longyearbyen. (ESA)

Among other observing systems, the international expedition team has a helicopter on board that carries our favourite measuring tool, the EM-bird. This uses electromagnetic induction techniques to infer ice thickness while flying over the ice at low altitudes.

During the second half of the campaign, an aircraft carrying an airborne instrument used as a demonstrator for sensor on the SMOS satellite and a snow radar will be flown from Longyearbyen. By combining information from all the different sensors operated on buoys, RV Lance, the helicopter, the plane, and the satellite we hope to verify model predictions and improve ice products derived from SMOS. 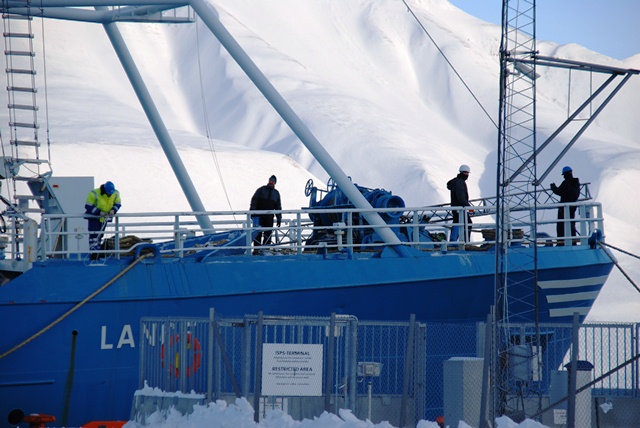 At least this is the plan.

Studying the latest weather reports and forecasts prepared by our colleagues from the European Center for Medium-range Weather Forecasts, I realise that this is going to be a true challenge.

The ‘heat wave’ in this particular area of the Arctic during February is supposed to continue. 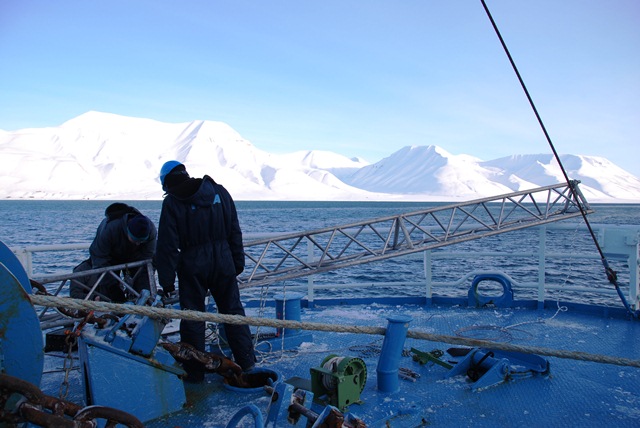 Scientists from Germany’s HSVA preparing the mount for the ship-based electromagnetic sensor. (ESA)

It is getting a little bit colder though with air temperatures only  5°C above the climatological mean. We are still looking at temperatures between ‒5 and ‒15°C and we can hope for some homogeneous ice fields in the northern part of the Barents Sea.

However,  the way up north may be rough with current wind speeds around to 18 m/s at the southern tip of Svalbard. Apart from that, the weather is excellent and the ship’s crew and the scientists are getting ready for departure.