Spring has arrived in Antarctica and, like previous years, it’s time leave for our summer campaign.

This is an multiyear campaign called DOMEX-3 that we carry out at Dome-C in Antarctica in support of ESA’s SMOS satellite mission. 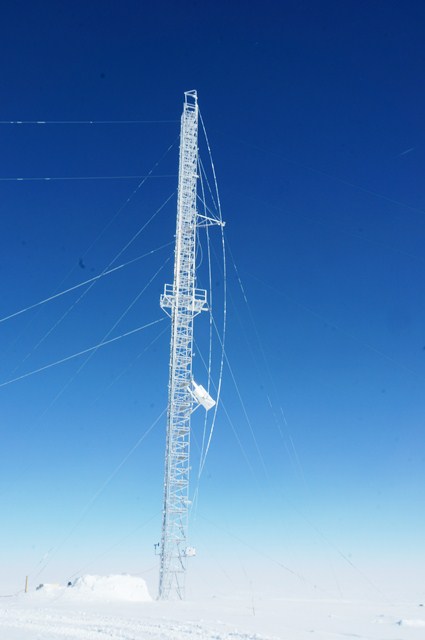 The DOMEX-3 campaign, is carried out by an Italian team from the Institute of Applied Physics ‘Nello Carrara’ in Florence led by Giovanni Macelloni. It is supported by ESA and by the Italian Programme of National Research in Antarctica (PNRA).

This year, Marco Brogioni,  an IFAC researcher, arrived at Concordia for the first time. Below is an excerpt from his nice diary, describing the cold!

Theoretically, I know a lot about the such expeditions since my colleagues have been there several times and I’ve heard their tales, however, being the actor and not the spectator is really different.

The preparation for the voyage started several months ago with a two-week PNRA training course, where the instructors tried to prepare us for a unique experience. Then on 2 November my journey started. 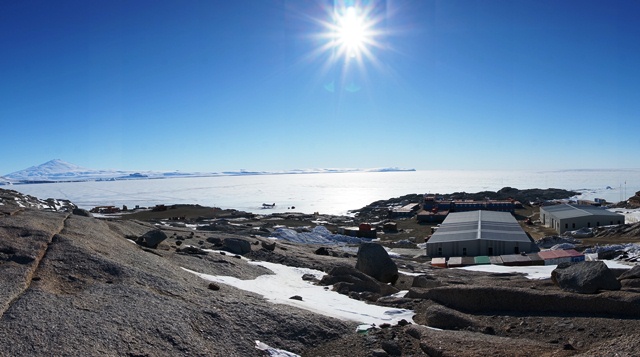 Thousands of miles from home, I arrived in Antarctica at the ‘Mario Zucchelli’ station, the Italian base on the Ross Sea coast. It was quite shocking. The temperature of –10°C wasn’t a shock though, this is a common winter temperature in my country, it was the surroundings that were strange.

We are used to the sea continuously moving and here it is perfectly still. The ice covers the entire gulf in front of the base and it seems as though you are looking at a picture rather than at something real.

I felt a strange sensation that reminded me of when Michelangelo, the great artist, was supposedly seated in front of his Moses sculpture, hit it with a hammer asking, “Why you don’t speak to me?!” It was my inner feeling, “Sea, why you don’t move?”

After the second leg of my journey I arrived at the Concordia base Italian-French base at Dome-C which appears as two cylindrical buildings in the middle of a flat white desert. When you get out of the Busler (the DC-3 airplane’s nickname, which bring us in the heart of Antarctica) a temperature of –45°C and a 650 mBar atmospheric pressure welcome you. It’s a real shock!

My head felt light and I struggled to breath. It’s the effect of low oxygen levels in the air. Concordia is about 3200 m high, but actually because of Earth’s rotation it is like it was at 3700-4000 m. This was just my first impression of what Antarctica is. 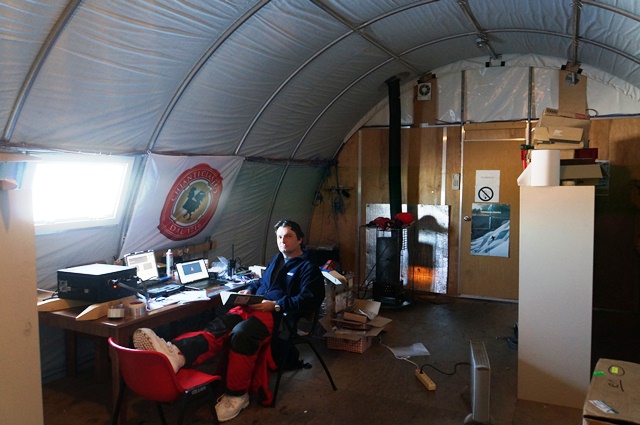 I will discover what it’s really like in the coming days. Our accommodation is in the ‘summer camp’, which is 500 m away from the base – so every morning we have to commute.

The morning temperature is –50°C, but it feels like –70°C as the wind blows at around 20 knots. It was totally shocking. Not just because the air freezes my nose and my face, but because my whole body is affected. For the first time in my life I feel pain before feeling cold.

Even if you are properly dressed for this harsh environment, nothing can stop the brute force of mother Nature. Yes, compared to her we are really nothing.

As soon I get inside my mind goes to the great Antarctic explorers, Scott, Shackleton, Amundsen…. now I start to understand what it is written in their diaries. Now they gain my eternal maximum respect! 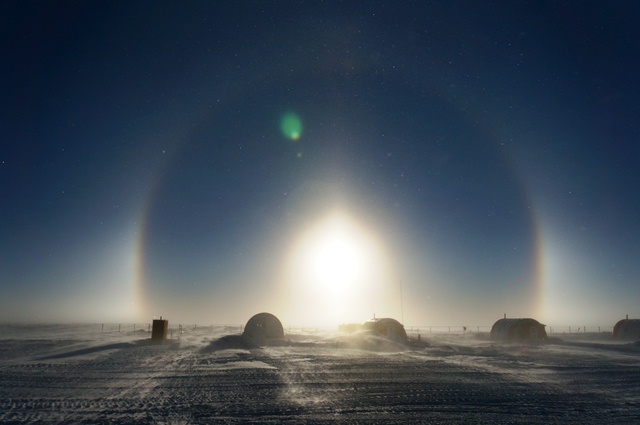 Halo around the Concordia station in Antarctica. (M. Brogioni)