In support of the ESA’s SMOS water mission, some scientists from my team have been busy setting up equipment in far reaches of Antarctica. 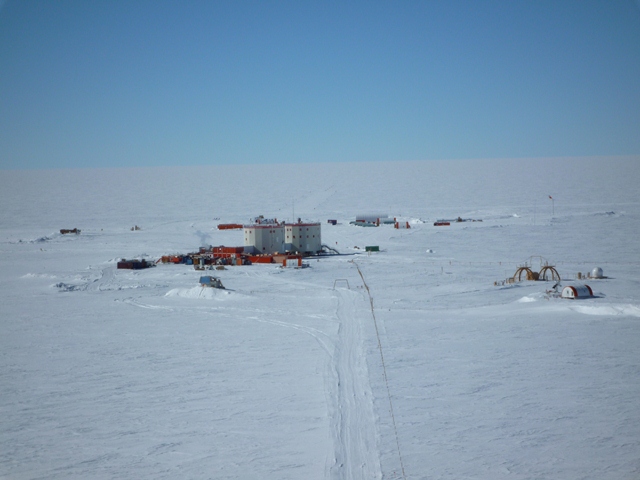 The Italian-French Concordia base. The main base is in the white cylindrical buildings. (IFAC)

The aim experiment campaign, called DOMEX-3, is to collect a series of brightness temperature measurements over two years that can be compared with the data from SMOS. This is to verify that the sensor on the satellite remains properly calibrated. 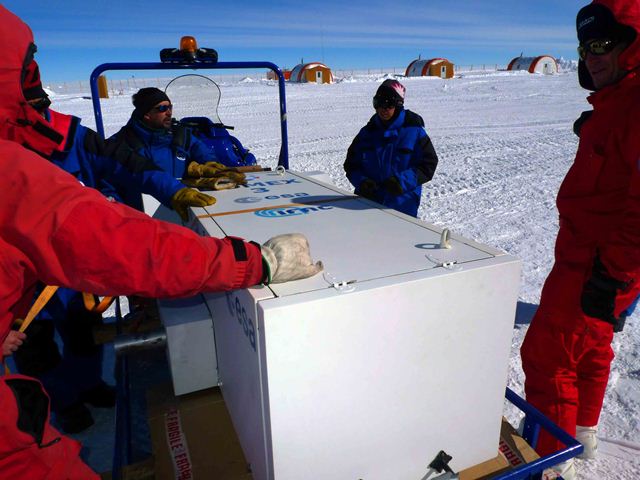 Briefing before the instrument was installed on the tower. (IFAC)

This delicate operation is being carried out at the Dome-C Italian–French base at Concordia, which is on East Antarctica’s polar plateau – about 3280 m above sea level and about 1000 km from the coast. To be precise, the exact coordinates are: 75°06’06’’S latitude, 123°23’42’’E longitude!

The Radomex instrument was lifted onto the tower with an hydraulic boom. (IFAC)

It is bitterly cold; the average temperature throughout the year is almost –50.8° C (–30° C in summer and –60° C in winter). The annual (solid) precipitation is in the order of 2–10 mm (snow water equivalent): which at a typical mean surface density of 300 kg/m3is equal to an annual accumulation of about 3.7 cm/yr. 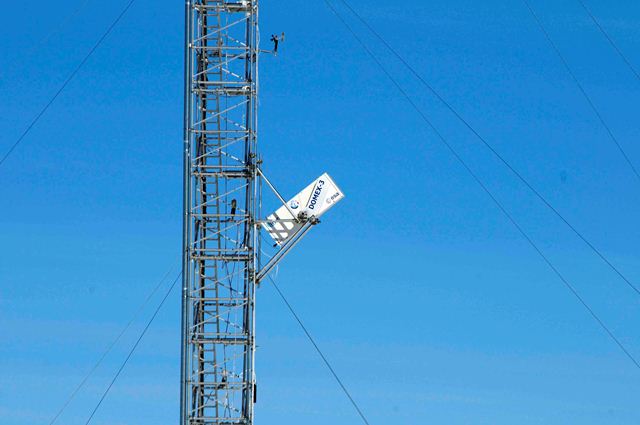 The Radomex instrument installed on the tower. It is looking skywards for calibration. (IFAC)

This extraordinary natural laboratory attracts scientists of all over the world, particularly for astronomical, seismological and atmospheric research.

The DOMEX-3 campaign, is being conducted by an Italian team from the Institute of Applied Physics ‘Nello Carrara’–CNR Florence, Italy, which I lead. The campaign is also supported by ESA and by the Italian Programme of National Research in Antarctica (PNRA).

The instrument we’re using is an improved version of the Radomex radiometer built by IFAC-CNR’s which was used successfully in 2008–2010.

The newly-designed Radomex radiometer will be able to operate autonomously; remotely transmitting data daily to Europe.

Simone Pettinato (IFAC-CNR) and Fabiano Monti (SLF-DAVOS) got to the base on 20 November 20 after travelling for around 10 days. Their route was Italy to New Zealand on a normal schedule flight, then from New Zealand on a C-130 which landed on the ice platform of Terra Nova Bay Antarctica  thus a Twin-Otter up to Concordia. They were welcomed by a temperature of –39.1 °C, but when you factor in the wind chill this is almost –51°C! 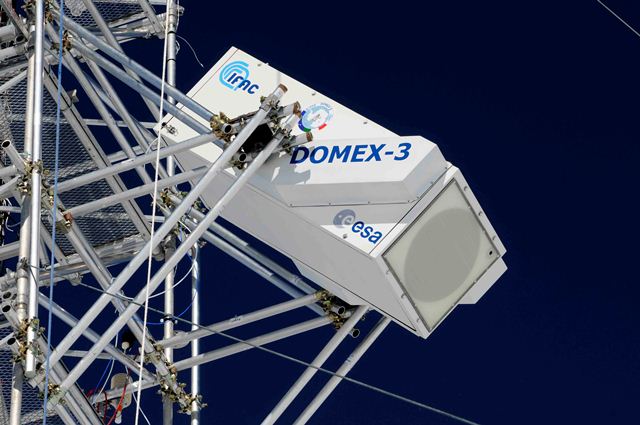 Close-up of the instrument on the tower. The circular area corresponds to the aperture of the L-band antenna. (IFAC)

Their first days were spent assembling the instrument, which had been shipped in several separate boxes  from Italy, and testing that it worked after its long trip.

On 2 December Simone and Fabiano installed the instrument on the US tower at an height of 15 m above the ground on a metallic interface and with a help of an hydraulic boom. 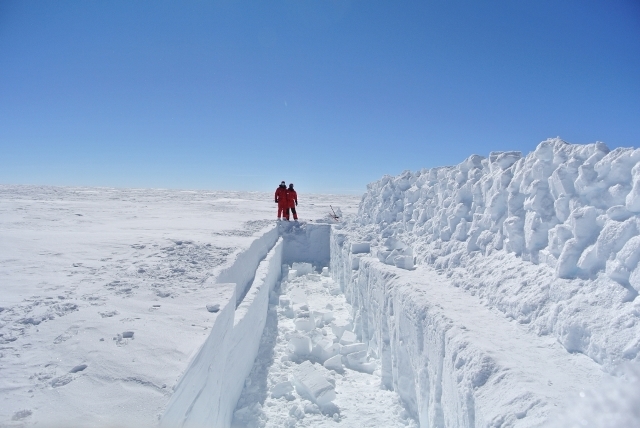 Long snow trench for characterising physical snow properties. The trench was dug by hand by Fabiamo Monti and Elio Padoan in -35°C! (IFAC)

The ground team left the base on 13 December to make their way back to Europe.

The instrument is now working autonomously, and transmitting data every day to Europe. During the forthcoming months the Radomex instrument will be monitored by Elio Padoan, a young scientist who will spend more than a year in this challenging environment!