Although the schedule for the final preparations was very tight, activities are proceeding well for a SnowSAR flight in Canada.

Peter Toose and Arvids Silis stop for a break while en route from Inuvik to the study site. (Environment Canada)

Over the past week, scientists from Environment Canada have been in the field near Inuvik, in the Northwest Territories. As expected, the environment near Inuvik in December has posed some challenges – the Sun does not rise above the horizon at any point in the day, so between 11:00 and 16:00 it’s just twilight. Temperatures have been very cold, not climbing above –30°C and reaching as low as –38°C.

Alex Coccia from MetaSensing preparing to setup a calibration target for the SnowSAR. (Environment Canada)

The scientists are based in a small cabin approximately 50 km from Inuvik, which provides them with quick snowmobile access to the study area. They are enjoying the rustic lifestyle! 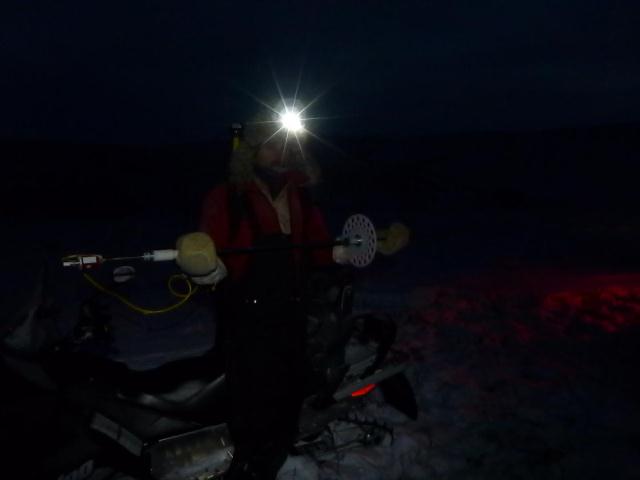 The Cessna-208 aircraft arrived in Inuvik from Norman Wells yesterday afternoon. The rear baggage doors were removed in the evening, and replaced with specially designed doors that will house the SnowSAR instrument. Installation of the SAR is planned for this morning, and if weather conditions cooperate, the science flight will be conducted this afternoon.