A few weeks ago we kicked off a series of campaigns to hopefully provide high-quality airborne data for the development of ESA’s CoReH2O candidate Earth Explorer mission. This mission is currently undergoing feasibility study.

The campaigns are built around an airborne synthetic aperture radar (SAR) called SnowSAR, which measures in the X- and Ku-band frequencies. The instrument was developed by Metasensing NL. It is used to simulate the instrument that could be carried on the CoReH2O satellite.

The major goal of these campaigns  is to map and monitor the mass of seasonal snow over different surfaces in the Austrian Alps and in Inuvik, Canada. This is done by using the SAR carried on an aircraft and also taking measurements on ground. The fact that these campaigns can be conducted is thanks to co-funding from national bodies in Austria, Canada and the US and because everyone involved is willing to work on very flexible schedules.

Campaigns such as these always pose logistical challenges. The first, in this case, was a question of instrument availability. Since there was only one instrument available, and had to come up with a plan on how to ship the instrument between the Netherlands, Austria and Canada in the winter period.

In October, the instrument was shipped to Canada and installed in a Cessna C-208 aircraft. For this purpose one of the doors was modified, which also involved ground and flight tests to ensure the aircraft’s airworthiness. 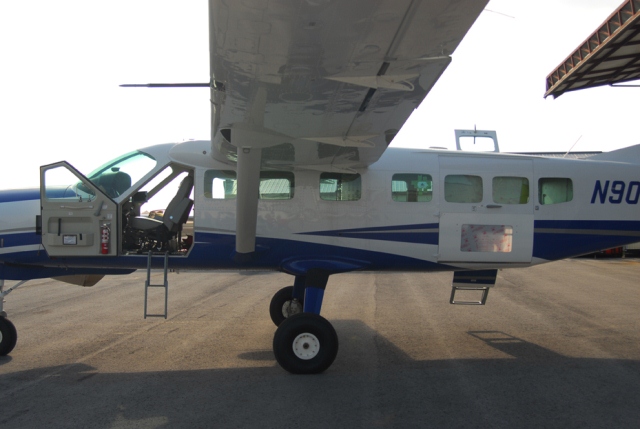 Cessna 208 with adapted door so that the instrument could be fitted.

The procedure went smoothly thanks to the efforts of the team in Canada and Metasensing. After a week in Canada we were able to ship the instrument back to the Netherlands and start the preparations for the flights in Austria.

In the meantime, the ground teams in Innsbruck, Austria, had prepared for the related ground measurements.

Checking temperature sensors, drilled into the ice of Mittelbergferner glacier in preparation for the AlpSAR campaign. (ENVEO)

We scheduled the first flight in Austria for the week starting 19 November. The aircraft had arrived two days earlier and the crew carried out the first test flights. Everything seemed to be perfect, including the weather and we planned the first real flight to go ahead on the Tuesday. 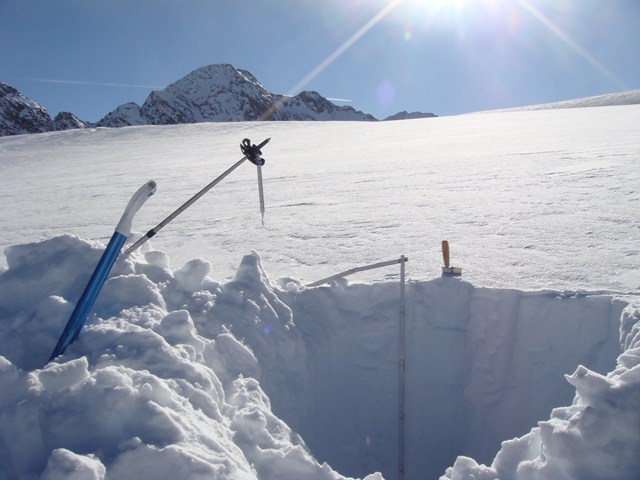 The aircraft took off but the crew realised very quickly that the Global Positioning System on board wasn’t working properly. So, they had to return to the airport and tried to fix the problem. It turned out that the GPS had to be replaced. The crew shipped in a new GPS unit on the same day and  installed it on the Wednesday morning. After some checks on ground the aircraft took off again and took all the measurements needed for the day.

In the evening, we all met and everyone was really pleased that everything worked on the ground and on the aircraft. There was even some time to visit the Christmas market in Innsbruck on Thursday morning before packing up.

We met again on Friday to ship the instrument to Canada, which should arrived by 11 December to perform measurements in Inuvik.

The ground teams in Canada are now preparing and facing up to the challenge of working in the dark and in temperatures around down to –30°C.

Over the coming months we will keep you updated on progress and also let the different teams introduce themselves.