ESA’s CryoSat mission manager, Tommaso Parinello, is on campaign in Svalbard to take part in the continuing efforts to validate CryoSat. He shares his first impressions of the Arctic as he waits for the DTU team to arrive.

Getting to Svalbard from Europe is reasonably easy. From Oslo, it takes three hours by plane. Landing in Longbyearbyen, the administrative centre of the archipelago, offers a view of the KSAT satellite acquisition station on the right and of the Adventfjorden on the left.  At this time of year and at this latitude, the sea is almost free of ice. 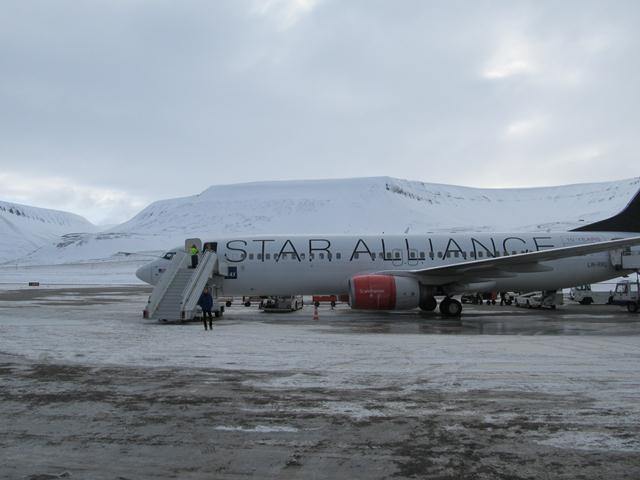 While the aircraft was aligning with the runway, I could see the dome of the CryoSat transponder in the distance. It is smaller than the other domes, but quite recognizable.  You should imagine that inside these big ‘golf balls’, huge antennas rotate to track the different satellites,  including those of ESA.

I have promised myself to visit the station and the CryoSat transponder, before leaving the islands, time permitting.

As soon as we disembarked, I was captivated by the beautiful white mountains that are partly reflected in the blue cold sea on the other side of the fiord. Being used to continental Europe and in particular to the Italian landscape, I found this marvellous view breath-taking.

Instantly, you really get the feeling of having arrived at the top of the world and you suddenly realise that you have to have guts to live here, especially when the weather is so extreme – though not the case when we landed. It was only –2°C, but due to a fresh easterly, it felt colder.

Quite soon after leaving the airport, you become aware that although Longyearbyne is made of a small number of colourful houses scattered in an area of several hectares, it truly is a modern town with first class facilities and shops that somehow contrast with the first impression.

Soon after arriving at the Hotel, Henriette and her team from DTU, informed me that they were still in Constable Point (West Coast of Greenland) waiting for the aircraft to undergo routine checks. The aircraft and the instruments were going to be used the next day for our measurements over the west coast of Svalbard and over the north-east glacier of Austfonna. Unfortunately, this would have delayed their arrival in town. Bad luck.

The rest of the afternoon was spent checking the equipment, plans for the next day and replying to a few emails that were in the inbox that deserved  my attention.