From Mark (ESA), in Noordwijk, NL

Here are a couple of satellite images showing the current sea-ice conditions around Alert in northern Canada. 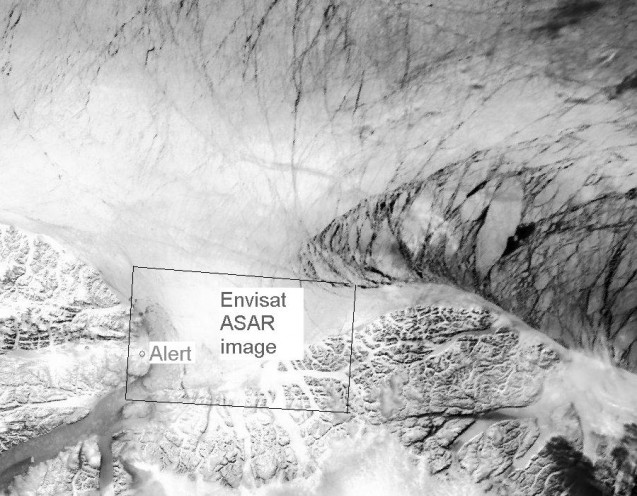 The first is an AVHRR image from NOAA, courtesy of DMI/Polar View, and shows a large area perspective of the Lincoln Sea (upper part), Nares Strait (lower left) and Northern Greenland (lower centre). The marked box indicates the location where the following image focuses.

A large-scale fracture pattern and relatively dark shear lines can be observed running through the sea-ice pack. They are caused by the sea-ice drift pushing ice against the coast of Northern Greenland. A relatively dark zone of divergence or opening occurs where ice escapes eastwards around the northern tip of Greenland into the Fram Strait (centre right of the image).

This next image, which is an ASAR image from Envisat, shows the regional sea-ice details off Alert. It depicts in light grey and white tones, the old, multiyear ice pack along the Ellesmere Island coast (at left centre) and Greenland coastline. The black border (upper left) indicates the edge of the SAR image swath. 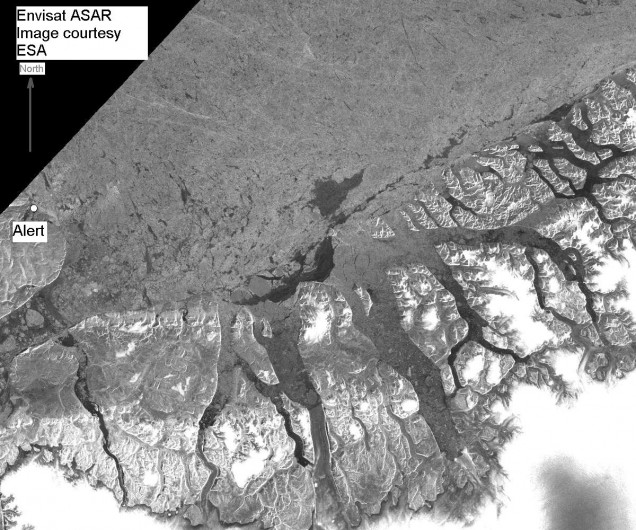