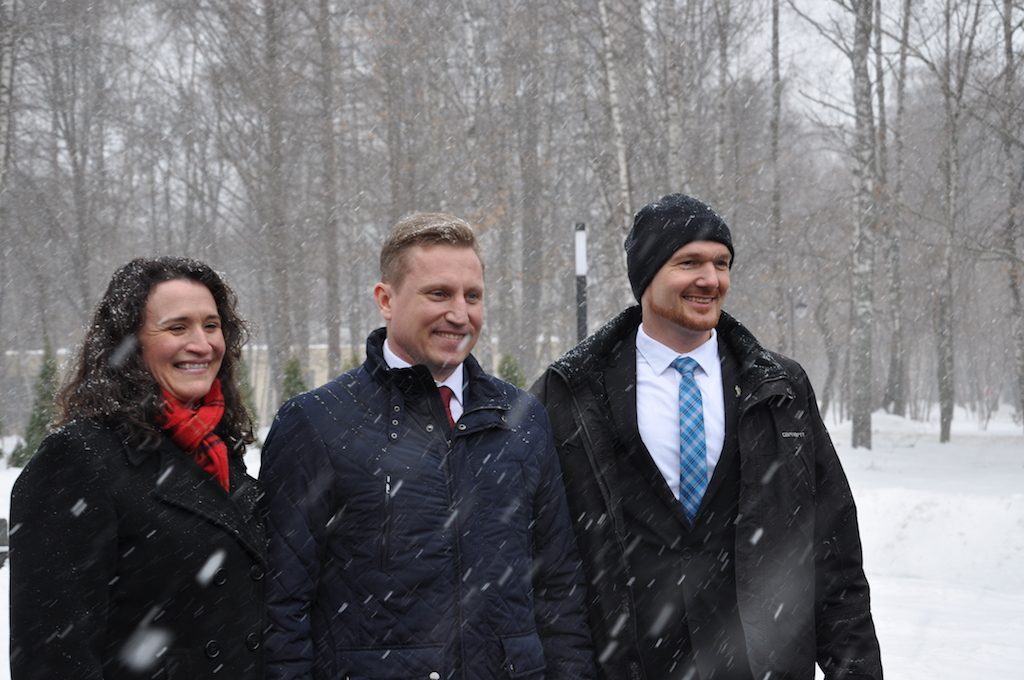 Serena, Sergei and Alexander by the Yuri Gagarin monument.

Held on Tuesday 12 February, almost two months after the trio’s return from the International Space Station on 20 December 2018, the ceremony saw Alexander, Sergei and Serena lay flowers at the monument of Soviet cosmonaut Yuri Gagarin and receive gifts from friends and colleagues in Russia. 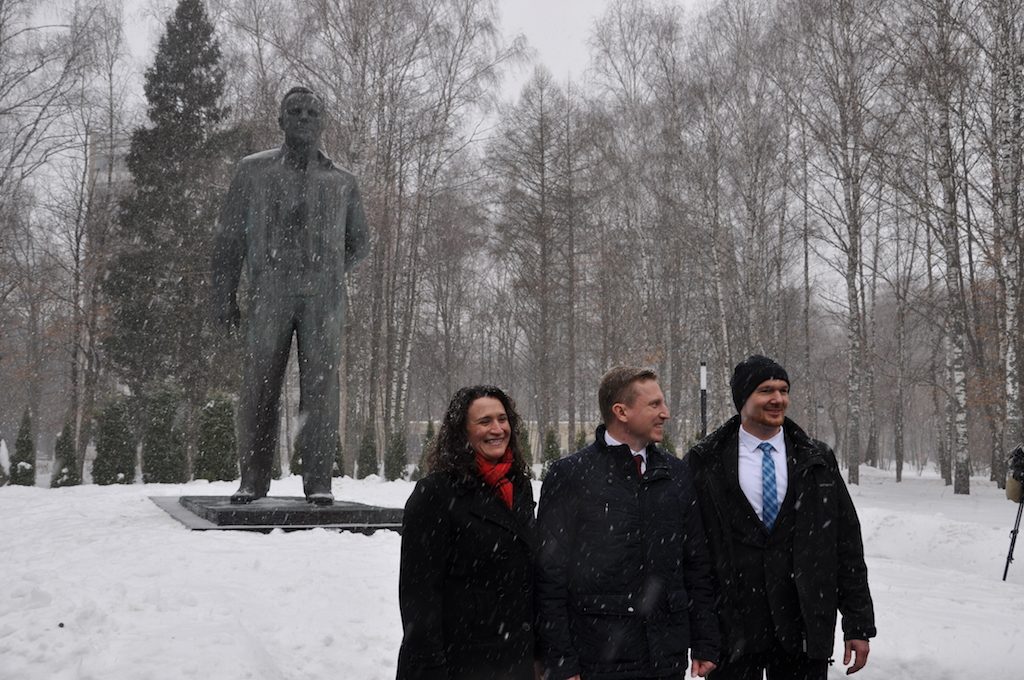 Serena, Sergei and Alexander by the Yuri Gagarin monument.

It was the first time such a ceremony had been attended by two ambassadors from partner countries. German ambassador Russia Rüdiger von Fritsch and American ambassador Jon Huntsman Jr were both in attendance. 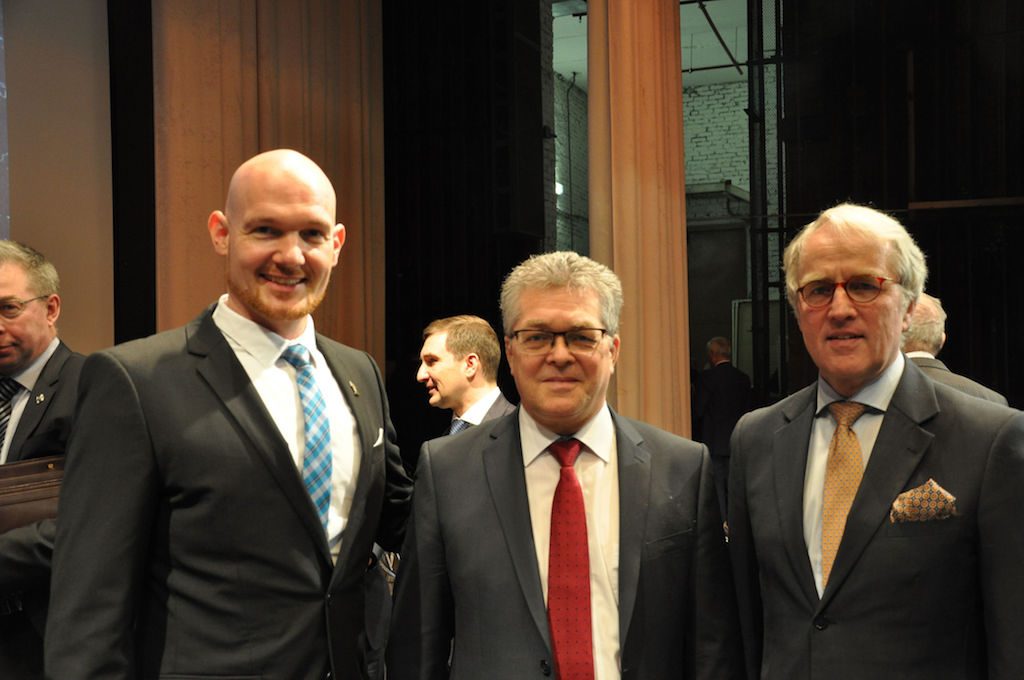 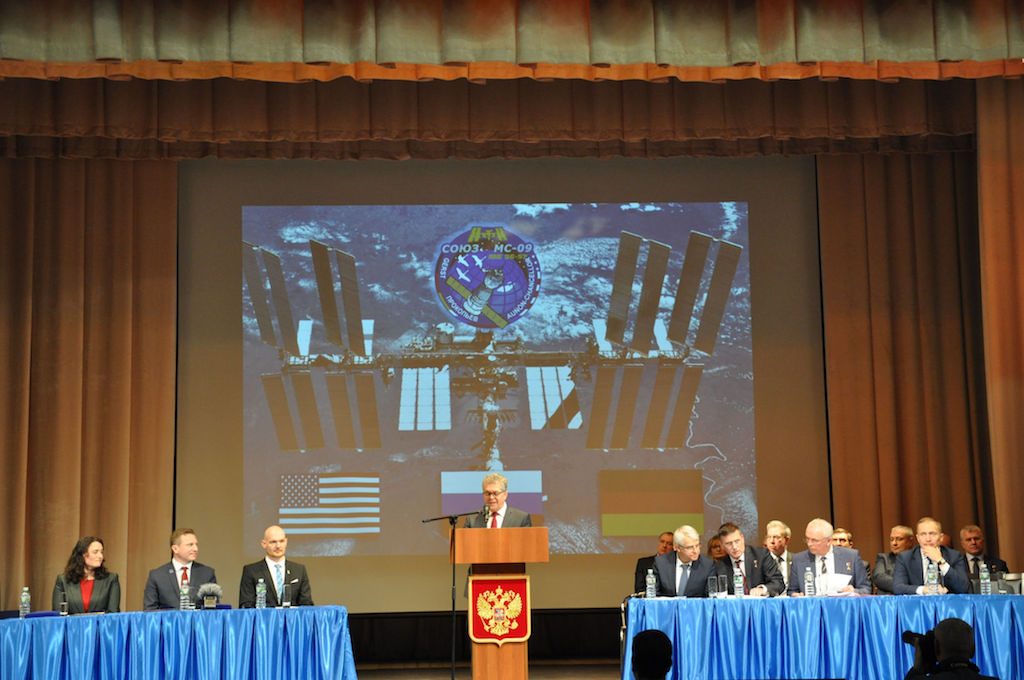 As the crew of Expedition 56/57, Alexander, Sergei and Serena spent 197 days in space.