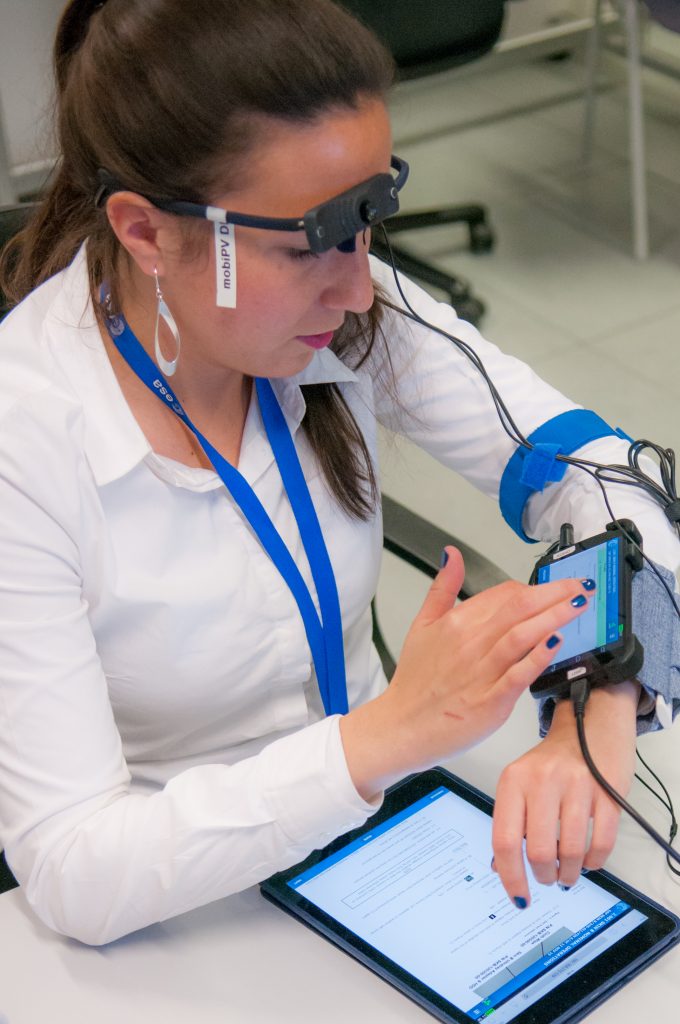 We, the PR and communications team behind Alexander Gerst, are often asked by media and the public whether the crew have smartphones on board the International Space Station, whether video calls are possible or how @Astro_Alex tweets.

Well, wonder no more. We summarise your top questions to help demystify communications on board the Space Station, starting with…

They have become an extension of ourselves, but you will not find a smartphone on board the Space Station – at least not as we know them on Earth.

What astronauts do have is an experiment called mobiPV (short for Mobile Procedure Viewer). MobiPV uses an Android smartphone with special software to allow astronauts to perform manual tasks hands-free. You can read more about mobiPV here. 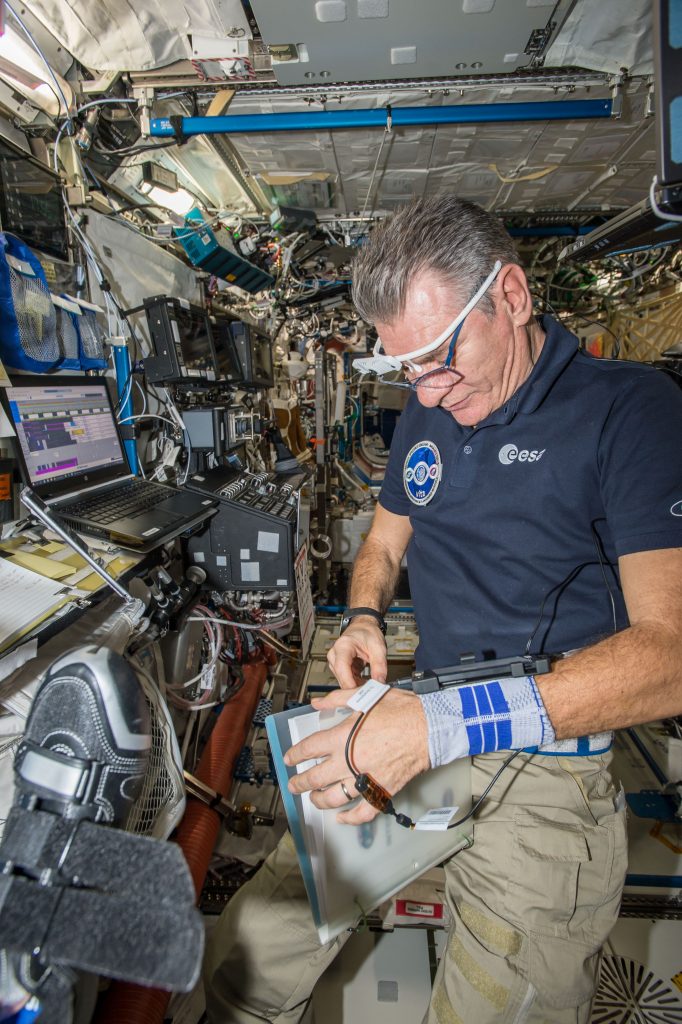 All personal smartphones remain firmly on the ground, as their call-making functions are useless on Station. Any other tasks that may require a smartphone are instead performed using…

Tablets on the Space Station are used in a variety of ways. This includes sending and receiving email and participating in special events – like this one in cooperation with Kraftwerk.

But how does Alexander share such events even wider? That brings us to…

While Alexander and the crew could theoretically tweet and post from the Space Station, their time is precious and carefully scheduled. During the Horizons mission, for example, it is much more efficient for Alexander Gerst – who writes almost all personal tweets himself – in English and German – and send them via email to the PR team on the ground.

The International Space Station is equipped with an IP phone system. This works through a computer and allows astronauts to call any number on Earth. But if you miss the call, it is too bad – while they can call us, we cannot call back.

This system is used for private and family purposes.

These tools are used for official purposes and between the various mission control centres and the Space Station. In-flight calls for media or general public purposes are technically and organisationally complex. This can make them quite costly and most are planned well in advance.

In addition to all of this, there are a number of control centres supporting the astronauts in this regard.

Find out more about our communicators for astronauts in orbit (Eurocoms) and ESA’s Columbus Control Centre. 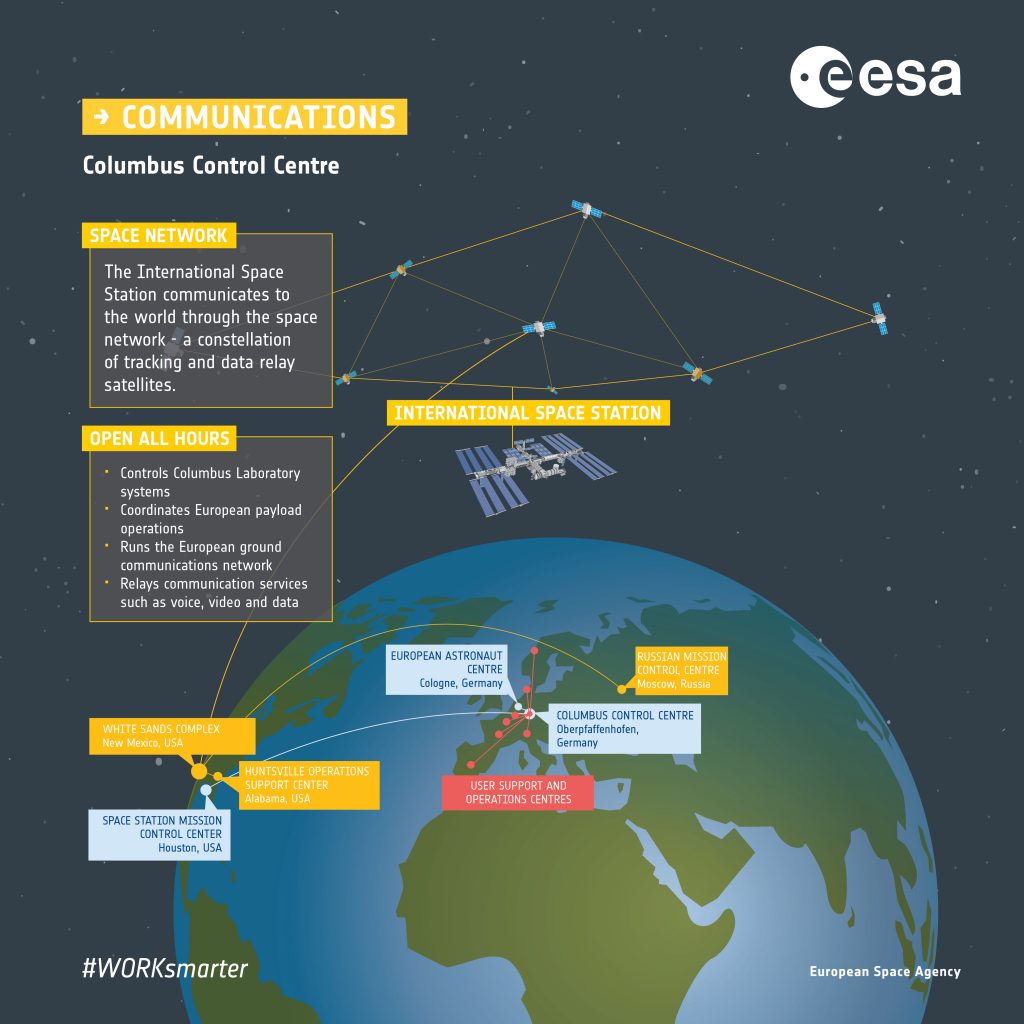