Alexander Gerst and Reid Wiseman finished their 27th US-led spacewalk in six hours and 13 minutes when they returned to the Quest module, closed the hatch and started to repressurise the airlock.

They moved a pump module to a new location, replaced a faulty camera light and upgraded the power supply to a moveable cart. Despite finishing early mission control decided their work in space was done for the day.

The two rookie spacewalkers performed excellently in a spectacular but by-the-books operation. 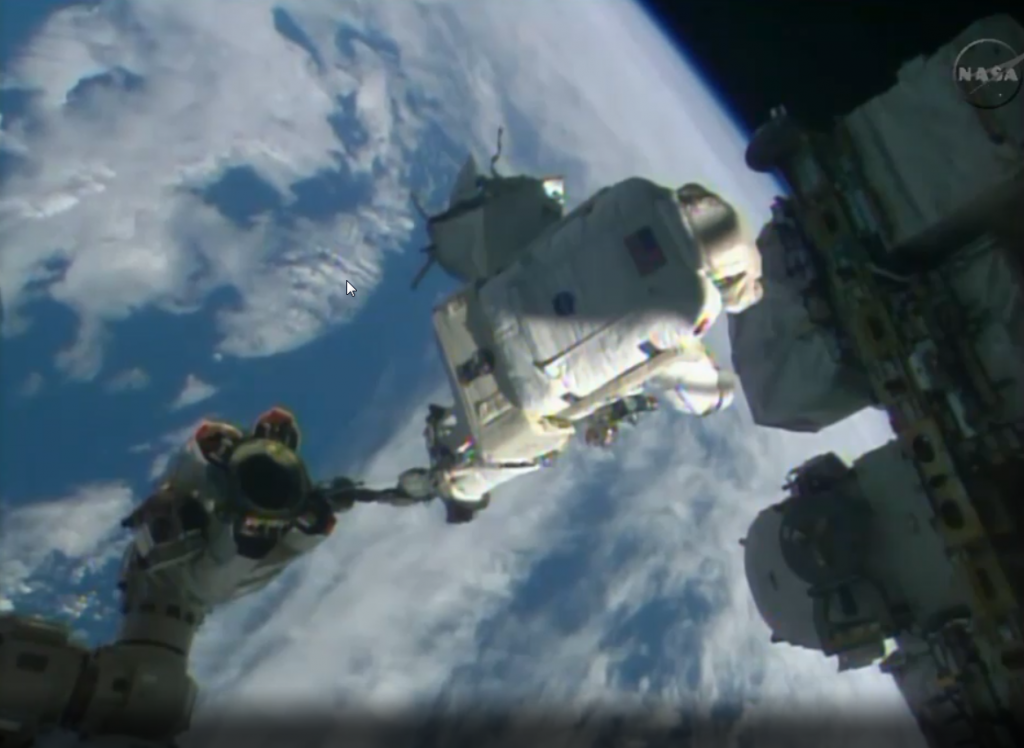