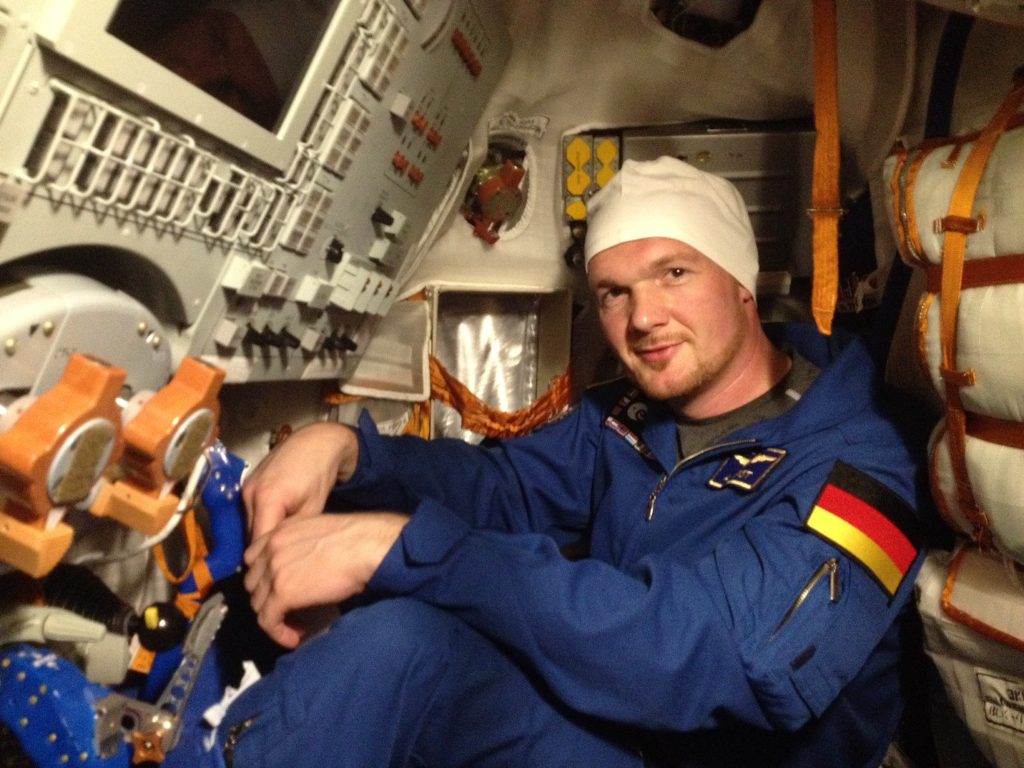 When training for a space mission, sooner or later you lose your sense of time. It might sound bizarre, but to me the time ahead (more precisely, the period between now and the start of my mission in May 2014) is disappearing at breakneck speed. The past on the other hand (since my training began in September 2009) seems to have stretched. The last four years seem like half a lifetime.

Over four years of training for half a year in space might seem like a lot of time to many people. But when you consider that new astronauts must learn a completely new profession before heading into space, like studying at a university, it does not appear quite so long.

I spent the first one and a half years of my training completing the basic astronaut training course at ESA’s European Astronaut Centre, in Cologne, Germany. My colleague astronauts and I all have different professional backgrounds and we each had to cram the missing parts of knowledge that make up the astronaut’s toolbox of knowledge: scientific, engineering and medical knowledge as well as orbital mechanics, aircraft pilot school, Russian language, survival training (summer, winter and ocean), combined with lots of sports.

Right after this basic training, I was fortunate to be immediately selected for an expedition to the International Space Station in 2014, so I continued training at an even higher pace and almost without a break. Two and a half years of intensive mission training followed, sometimes requiring 60-hour work weeks at training locations all around the globe. I spent only a handful of weeks per year at my home in Cologne.

At the time when Space Shuttles still flew, mission training for a Shuttle flight lasted less than a year, as every Shuttle astronaut only trained for a specific skill set. For example, Shuttle pilots did not have to prepare for space walks. A Shuttle mission lasted around 10 days and the planning was relatively straightforward and predictable. Missions to the International Space Station, however, last about six months and materials and astronauts cannot easily be sent to space if needed on short notice in case something goes wrong. 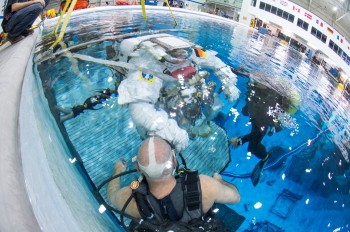 On a Space Station mission we have to be jack-of-all-trades, and that is why we train so long for each mission. We not only learn how to live on the Space Station and how to perform scientific experiments in the three space laboratories of International Space Station, we also learn how to launch into space on a Soyuz rocket, how to control our Russian spaceship, and how to return home safely in it (all buttons and instructions are in Russian, and just saying “Engage” is not enough). We spend hundreds of hours underwater in spacesuits learning how to work outside the Space Station in case repairs are need. We also learn about hundreds of different systems and how to maintain and repair them. We train and repeat our training countless times to know what to do in case of fire or a leak in the pressurised shell, we learn how to stitch small wounds and even perform minor operations. In short, we must be scientists, janitors, drivers, cleaners, doctors, firefighters, engineers and guinea pigs. The path to the stars is a bumpy road.
How all of this fits into my head I cannot explain. Sometimes it seems to me that when new information is crammed in the front of my brain something else falls out the back. No human being (and astronauts are luckily just normal humans after all) can really remember the entire training content. The true art of being an astronaut is to filter out the relevant stuff from the flood of complex information we receive. Thanks to this trick the last four years have been the most interesting of my life. I nevertheless wonder if the part of my brain that was originally devoted to my sense of time has been overwritten by the contents of a Russian operations manual.