Tara is taking part in ESA’s #SocialSpaceWA event at the Estrack deep space station in New Norcia, Western Australia, next week. She mailed to introduce herself to the rest of the 15 participants, and we’re sharing it here as a guest post. Why? Because passion, adventure, people, excitement, exploration and space! 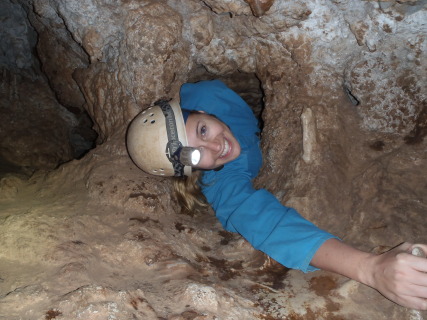 If you were offered an adventure of a lifetime without any guarantees, would you take it?

In August 2005, somewhere between Los Angeles and Sydney, I was offered a job that changed the course of my life forever! At fourteen and a half hours, I aced the longest job interview of my life and was now embarking on a journey that I never knew existed.

Telling stories through video has always been a big part of my life. I started working in the television industry at fourteen. For the next four years, I spent most of my afternoons at my community television channel as well as a local production company. I produced award-winning community service programs from fire safety shows to news, documentaries, radio and television commercials.

After graduating high school, I started to fulfil my love of adventure and storytelling by attending American University. There were museums on every corner and experts in every field at my fingertips! Washington DC fit my personality and I thrived! After returning from the World Capitals Program in London, I accepted a position with the former political media advisors of the Clinton White House. Whilst there, I also looked after some of the Kennedy Clan. Then, in 2002, I graduated with a Bachelors in Visual Media and a minor in American Political Science.

For the next three years, I was an Avid editor for the Discovery Channels, NBC News and CBS News. As my final project before my whirlwind journey around the world, I took the roll as online Avid editor for The Five Keys to Mastery documentary.

Since leaving Washington DC, I have worked in all facets of the television industry.  From building professional broadcast edit systems, to creating network brand campaigns and launching Australia’s very first internet channel, HealthyMEtv! I am also extremely excited to have started shooting my very first film, “Rocketmen” which has allowed me to hang out at NASA!

Sure, I’ve been busy, but I’ve also been eager to take time out and travel. In 2013, I left the stability of my producing position at the Seven Network to travel around rural Australia to see, first hand, what it really means to be a true blue Aussie battler!  I spent time in Coober Pedy, where it’s so incredibly hot the locals actually live underground in working Opal mines. I also went scuba diving with great white sharks off the coast of Port Lincoln, South Australia. Last year, I made an epic journey across America in a van for 44 days and just recently lived with a tribe of former head-hunters in the Kelabit highlands of Borneo. These are some of the greatest adventures of my life but nothing can top the time I spent with NASA.

NASA is quite possibly one of my biggest passions. Last year, I attended a social media program designed by NASA that invites 50 bloggers from all around the world to meet scientists, astronauts and engineers to discuss all things NASA. NASASocial gave us the opportunity to get up close to the SpaceX CRS-5 launch. We experienced, first hand, what it takes to pull off a rocket launch. This was a meeting of the minds of some of the biggest NASA cheerleaders in the world and this is why I have decided to film “Rocketmen.”

My name is Tara Foster. I am a keen adventurer, risk taker and a skilled horseback rider. I have no problems speaking with strangers on the bus, trekking deep though mosquito infested jungles or driving eleven hours for a rocket launch.  I also like sunsets, jumping in mud puddles and long walks on the beach.