This week’s CometWatch entry was taken with Rosetta’s NAVCAM on 22 August 2016, when the spacecraft was 6.8 km from the centre of Comet 67P/Churyumov-Gerasimenko.

The average distance to the surface is about 5.6 km, and with an image scale of 0.5 m/pixel, the image measures about 500 m across. 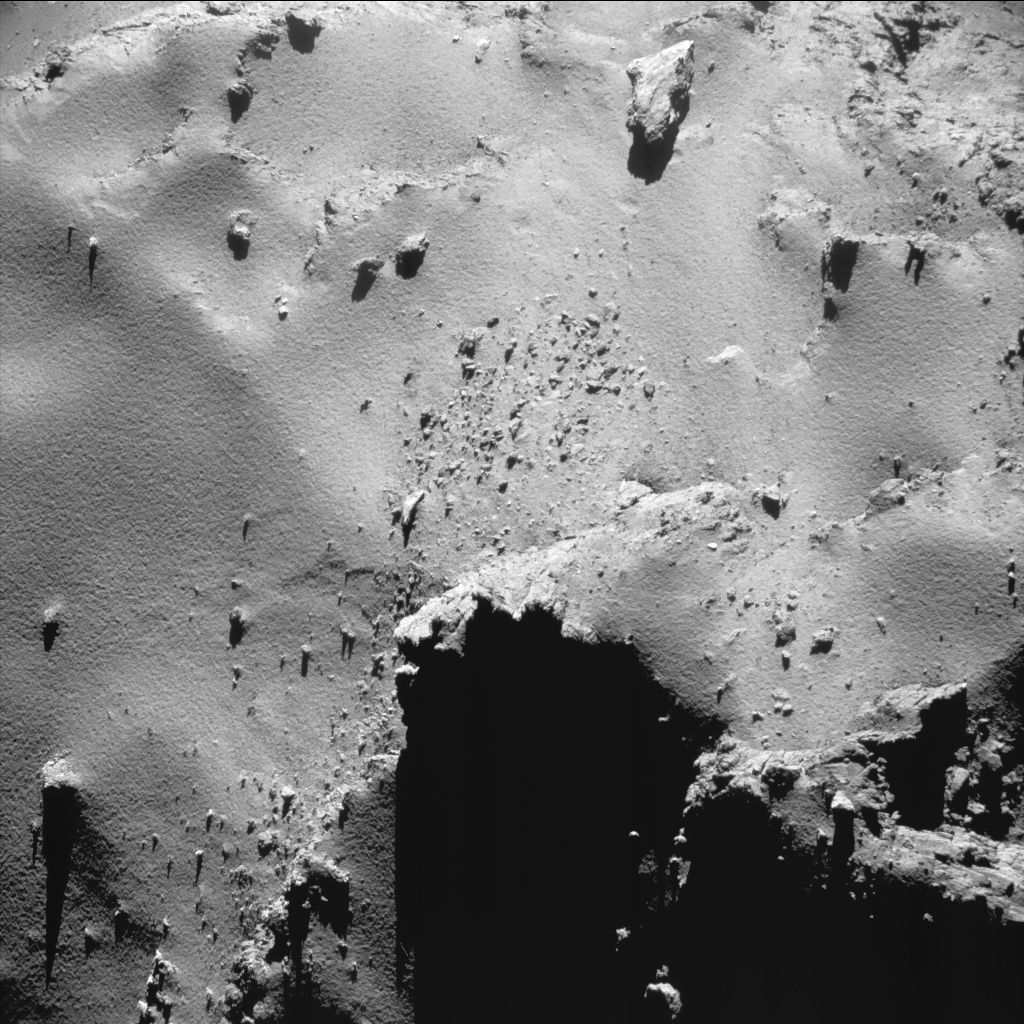 The image shows part of the Ma’at region, close to where it transitions into Anuket and Hathor regions on the comet’s small lobe. It shows a beautiful contrast between smooth, dust covered surfaces, and rather angular outcropping terrain and scattered debris.

For more close-up images taken in the last week, be sure to check the OSIRIS image of the day website.