This stunning view along the boundary between Hatmehit and Wosret was captured by Rosetta’s NAVCAM on 24 July from a distance of 9.7 km to the centre of Comet 67P/Churyumov-Gerasimenko. 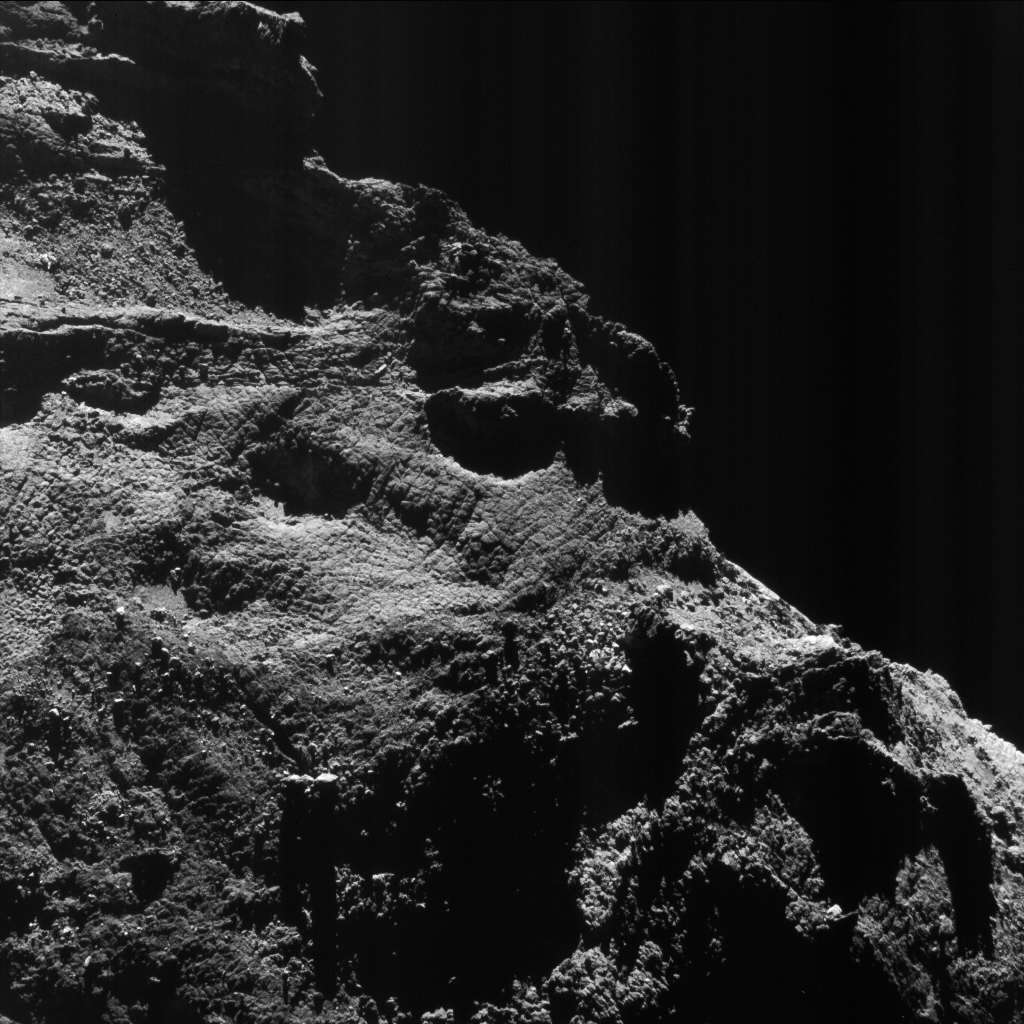 The field of view includes the CONSERT search ellipse that has guided the search for Rosetta’s lander Philae since it landed unexpectedly in the yet-to-be identified location known as Abydos (check this animation for a reminder of the search area).

The image also captures beautiful details of the cross-cutting fracture patterns that prevail in many locations all over the comet; they are particularly prominent towards the left of this scene.

Numerous boulders cling to the surface, and in some places – notably in the lower left quadrant of the image – cast impressively long shadows across the comet’s surface. To the right and above, long shadows are also cast by local variations in topography. 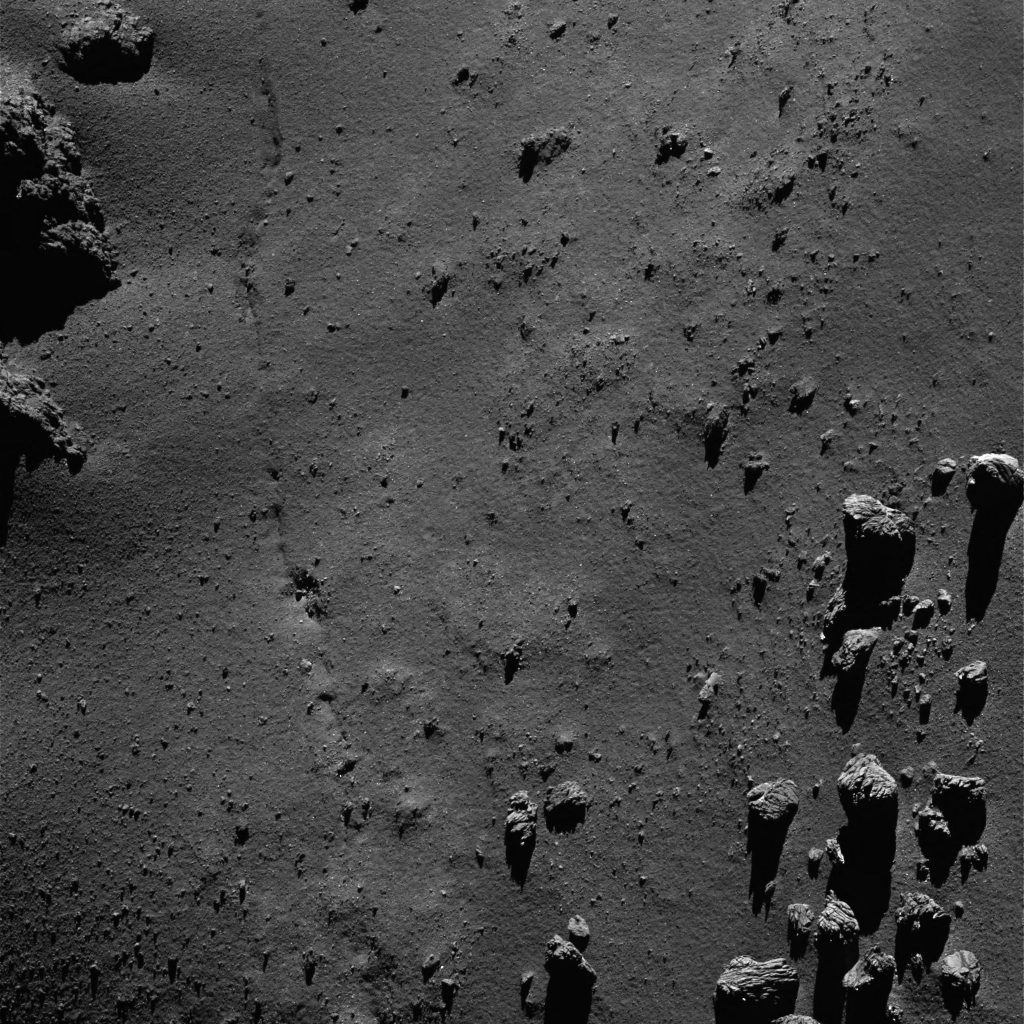 OSIRIS narrow-angle camera image taken on 20 July 2016, when Rosetta was 9.1 km from the centre of Comet 67P/Churyumov–Gerasimenko. The scale is 0.16 m/pixel at the comet and the image measures about 330 m. Credits: ESA/Rosetta/MPS for OSIRIS Team MPS/UPD/LAM/IAA/SSO/INTA/UPM/DASP/IDA

Meanwhile a close-up view of part of the ‘neck’ region of the comet, Hapi, was released via the OSIRIS Image of the Day site earlier this week (above). It shows hints of the crack snaking through the Hapi region, with some portions apparently infilled by dust.

This image also shows incredible details on the boulders and outcropping material that pockmark the smooth, dust-laden neck, with fractures permeating even at these smaller scales. 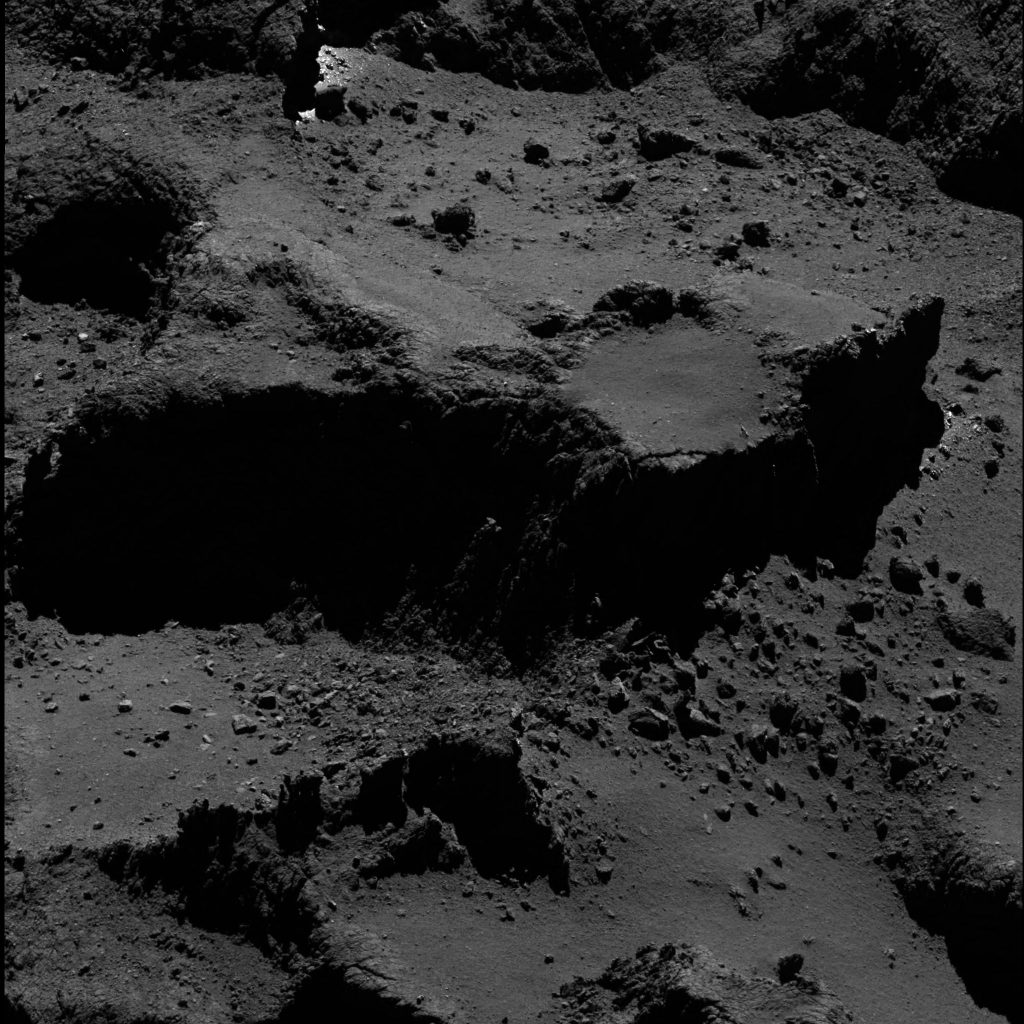 OSIRIS wide-angle camera image taken on 23 July 2016, when Rosetta was 9.6 km from the centre of Comet 67P/Churyumov–Gerasimenko. The scale is 0.16 m/pixel at the comet and the image measures about 330 m. Credits: ESA/Rosetta/MPS for OSIRIS Team MPS/UPD/LAM/IAA/SSO/INTA/UPM/DASP/IDA

Fractures of a different kind are seen in the OSIRIS narrow-angle camera image taken 23 July and released yesterday (above), notably the fracture along the cliff edge close to the centre of the image. Fractures like these have been spotted along the edges of numerous cliffs in this region – Seth – and are likely a precursor to collapse, as suggested by the jumbled debris that is typically seen at the base of cliffs.

The original 1024 x 1024 pixel image for today’s NAVCAM image is provided below: 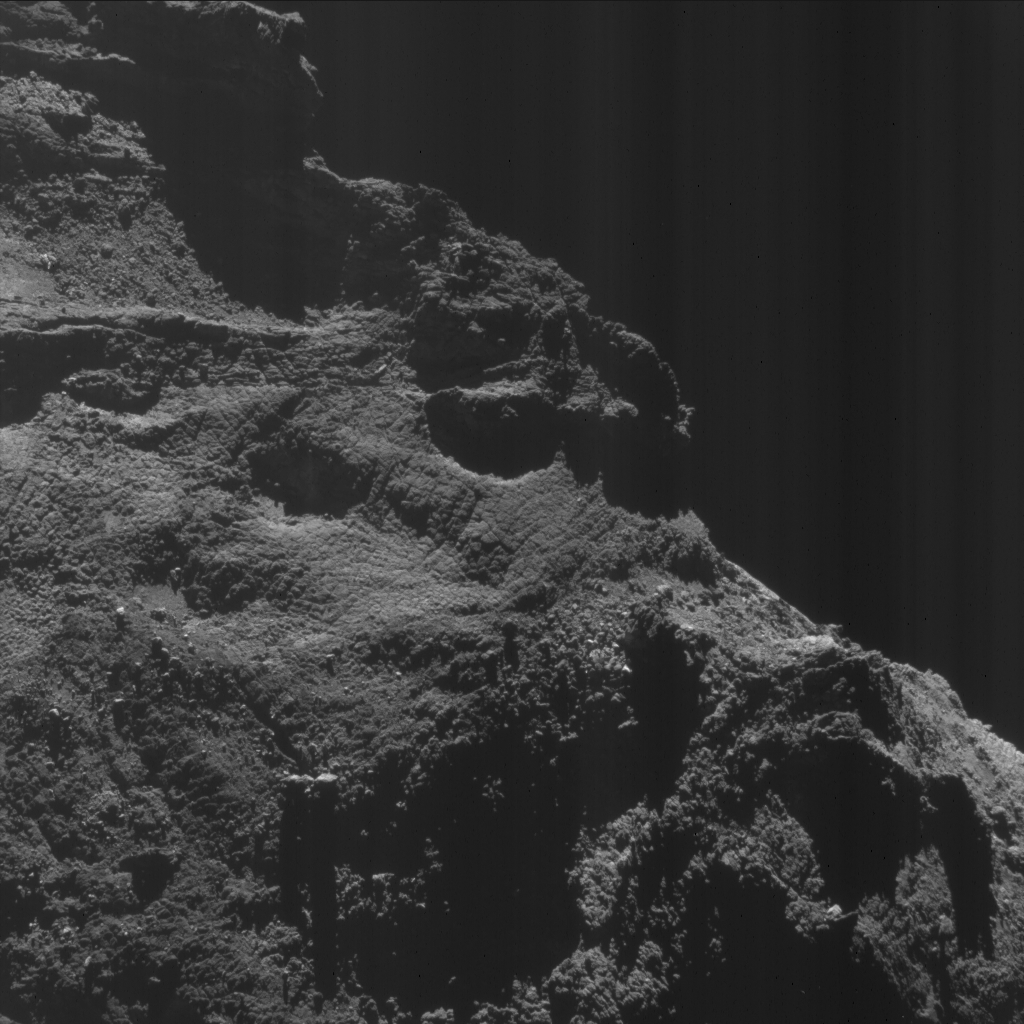