This week’s CometWatch entry is an image of Comet 67P/Churyumov-Gerasimenko from Rosetta’s NAVCAM, taken on 16 July 2016 when the spacecraft was 9.5 km from the centre of the comet nucleus. 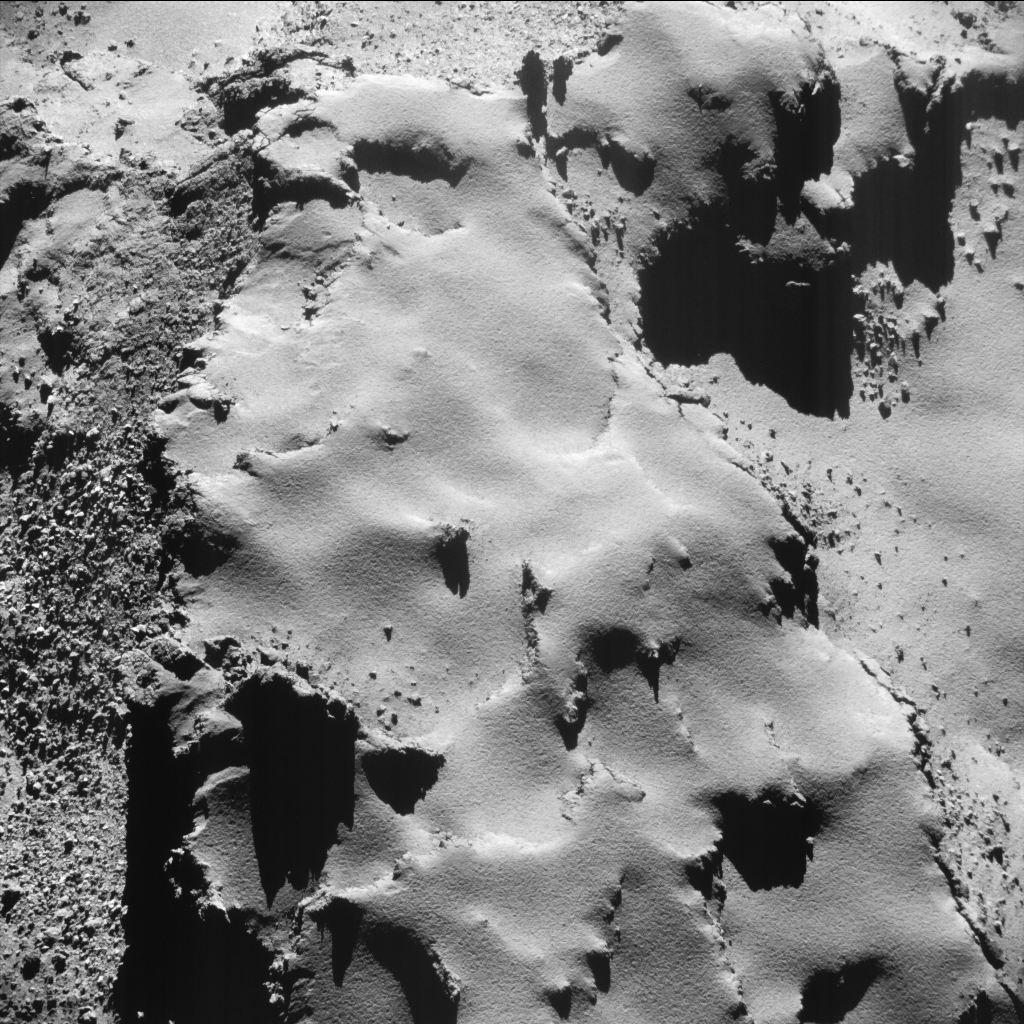 Enhanced NAVCAM image of Comet 67P/C-G taken on 16 July 2016, 9.5 km from the centre of the nucleus. The scale is 0.7 m/pixel and the image measures about 700 m. The faint vertical striping effect, especially visible in the upper right part of this view, is an image artifact. Credits: ESA/Rosetta/NAVCAM – CC BY-SA IGO 3.0

The view shows a portion of Ash, on the large comet lobe, in extraordinary detail, displaying the smooth coating of dust that characterises this region. The upper left corner of the frame reveals a small part of the neighbouring Aten region, which, in contrast to Ash, is not covered in dust.

Smooth material covering another region of the comet, Imhotep, also on the large lobe, was featured in another image from Rosetta’s OSIRIS narrow-angle camera, published yesterday on the OSIRIS Image of the Day. 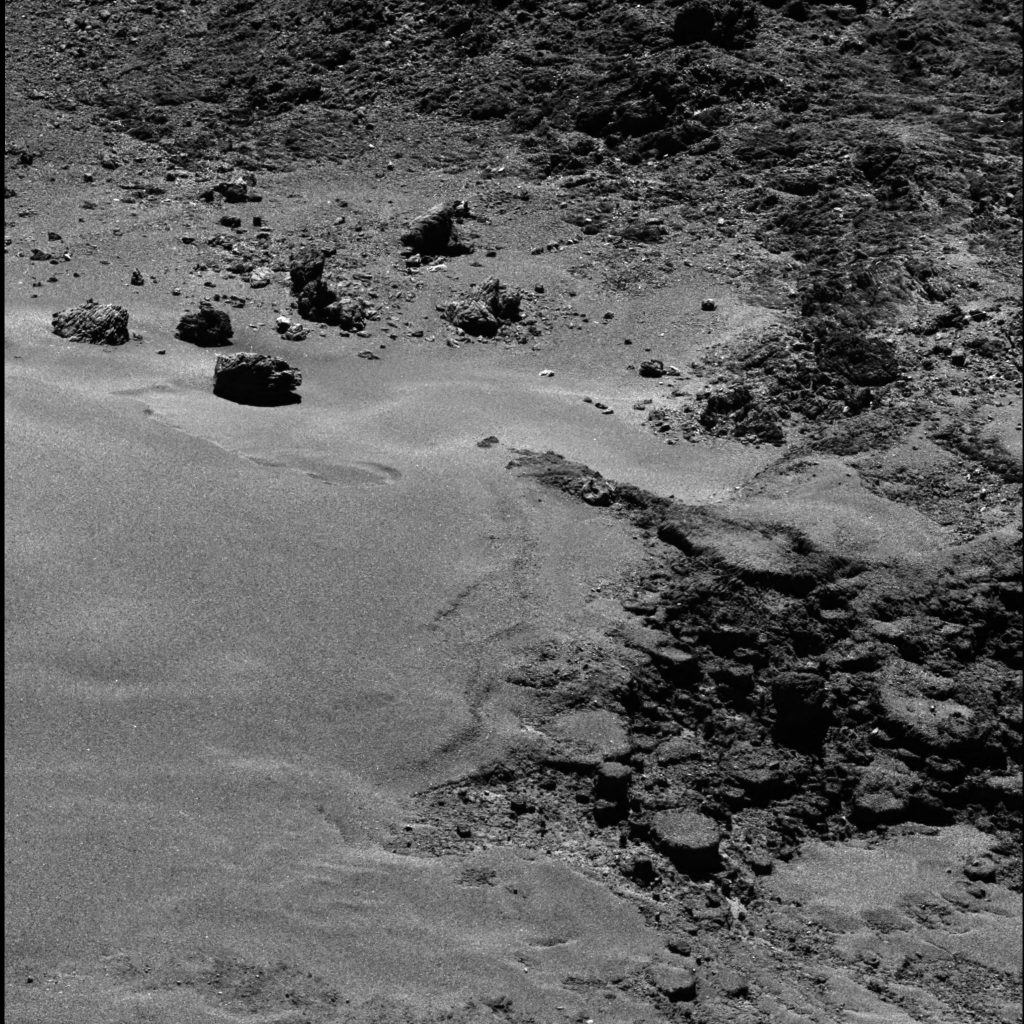 OSIRIS narrow-angle camera image taken on 16 July 2016, when Rosetta was 12.8 km from Comet 67P/C-G. The scale is 0.22 m/pixel and the image measures about 450 m. Credits: ESA/Rosetta/MPS for OSIRIS Team MPS/UPD/LAM/IAA/SSO/INTA/UPM/DASP/IDA

The image was taken on 16 July, and also reveals boulders of various sizes (top left), rocky terrains (upper and right sides of the frame) and a number of the circular features characteristic of the Imhotep region (lower right). 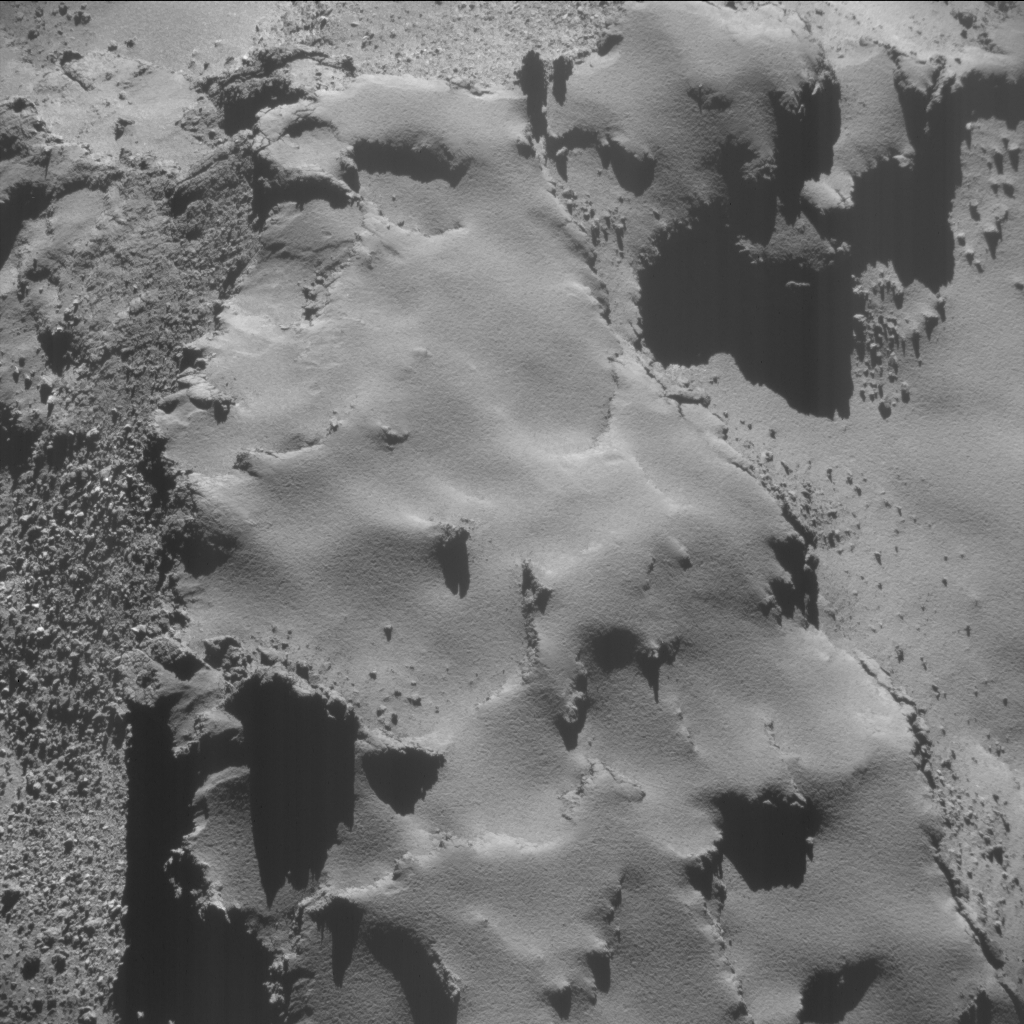