This image of Comet 67P/Churyumov-Gerasimenko was taken by Rosetta’s NAVCAM on 13 June 2016 from a distance of 28.5 km to the centre of the comet. 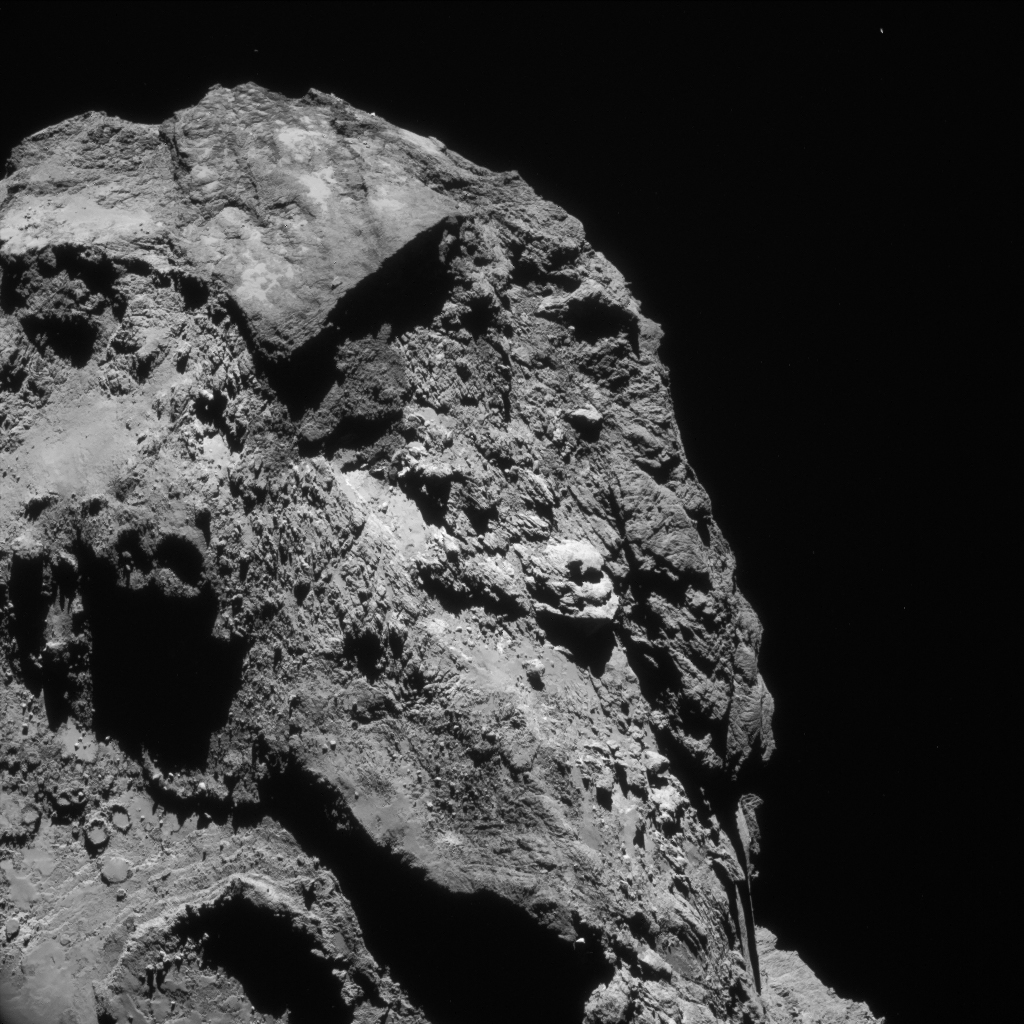 The image captures the striking contrast of terrains between several regions on the comet’s large lobe.

In the left corner parts of Imhotep can be identified, with an ‘accumulation basin’ and its surrounding terraces along the lower edge of the frame, and a scattering of smaller circular features above (see our ‘Inside Imhotep’ blog post for more about these features).

The boundary with Khonsu to the right incorporates cross-cutting fractured terrain that transitions into a patch of smoother terrain with numerous boulders. This region includes a curious outcrop of three thick layers; look closely to see a boulder that appears to be performing a balancing act on the topmost layer.

But perhaps the most eye-catching feature is the sharp edge close to the top of the scene: this marks the boundary with Apis, which takes on a near triangular shape in this orientation (a small patch of the Ash region is visible to the left of Apis).

Long shadows draped across the lower right part of the frame add to the dramatic view, and a glimpse of the comet’s small lobe is visible in the lower right of the image. 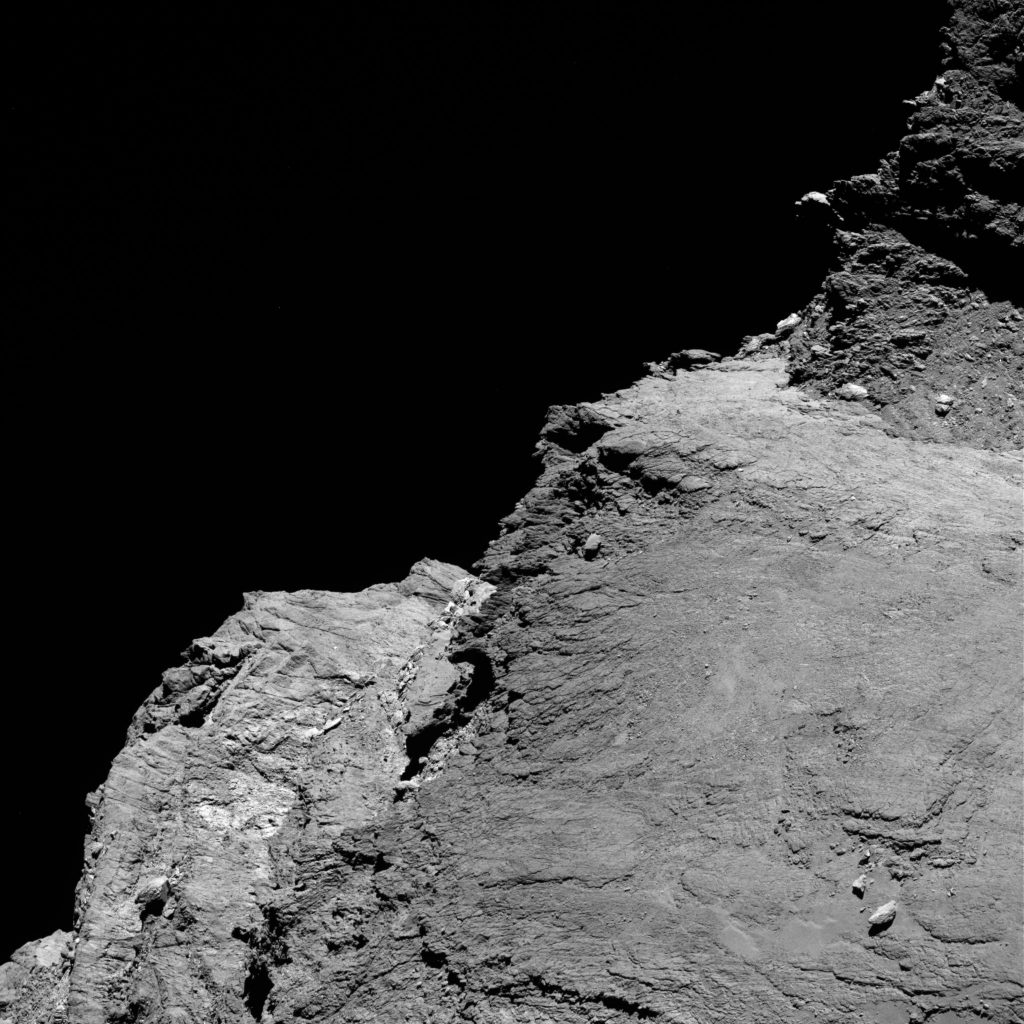 OSIRIS narrow-angle camera image taken on 7 June 2016, when Rosetta was 28.8 km from the centre of Comet 67P/Churyumov–Gerasimenko. The scale is 0.51 m/pixel. Credits: ESA/Rosetta/MPS for OSIRIS Team MPS/UPD/LAM/IAA/SSO/INTA/UPM/DASP/IDA

The terrains seen in the NAVCAM image contrast with those presented in the OSIRIS image released this week (above), which focuses on the relatively flat Aker and Khepry regions and the details of its thinly layered surface. Anhur lies to the left in this orientation, and the comet’s neck lies to the top of the frame. 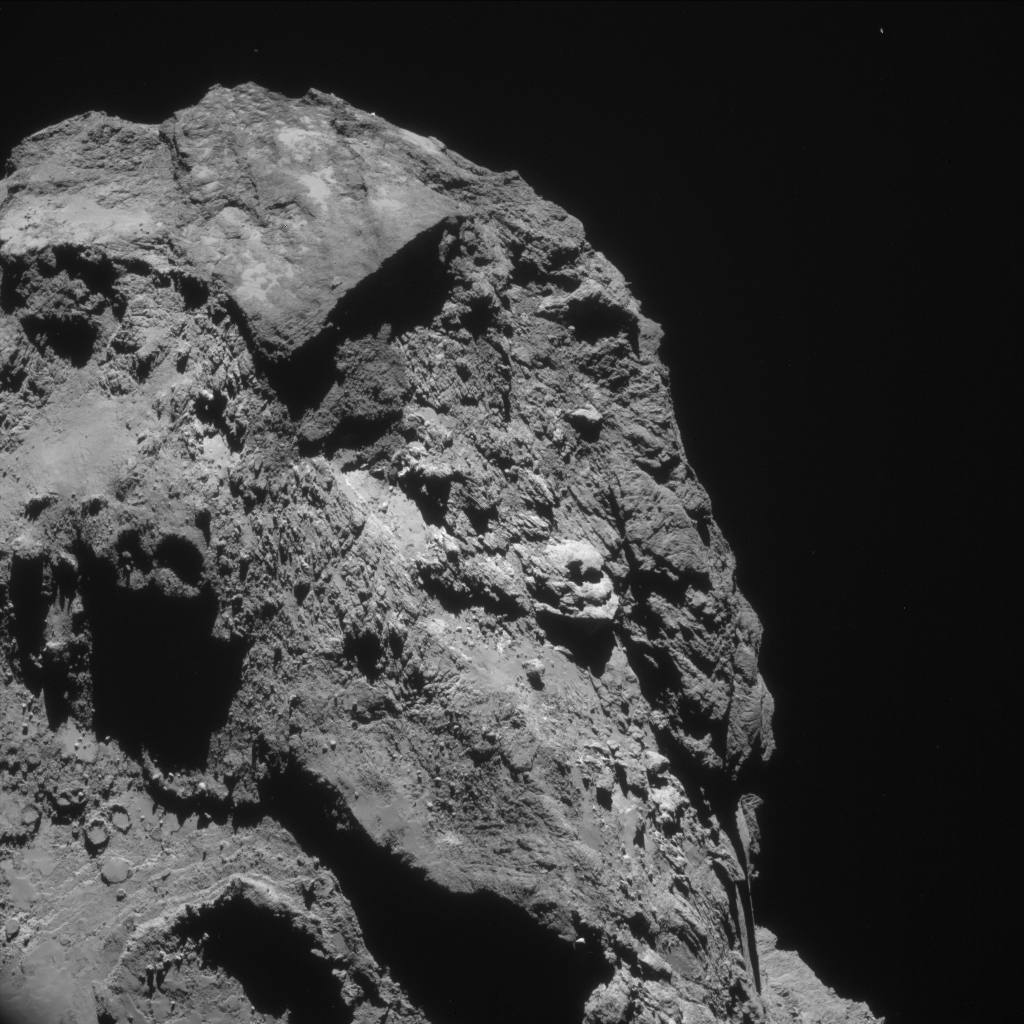