This week’s CometWatch entry is an image of Comet 67P/Churyumov-Gerasimenko taken with Rosetta’s NAVCAM on 2 June 2016, when the spacecraft was 23.6 km from the comet centre. 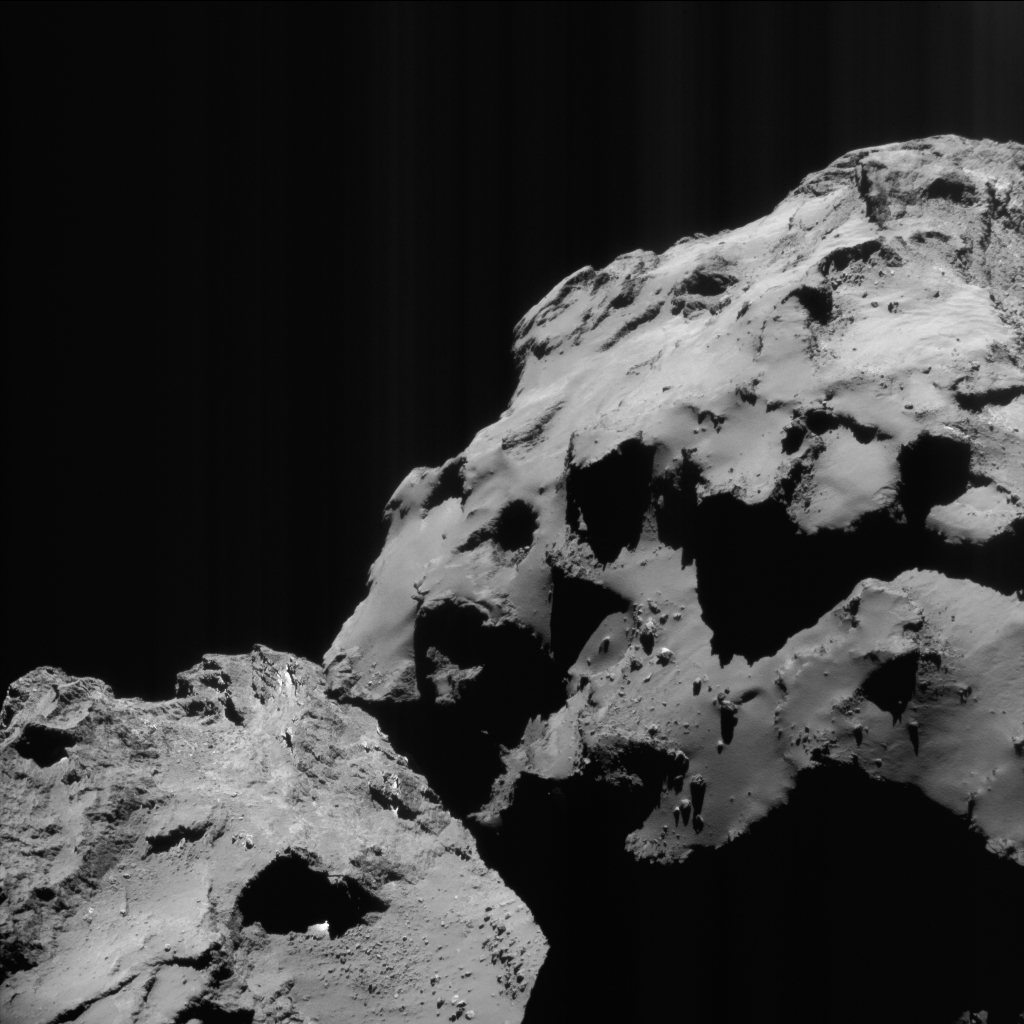 Enhanced NAVCAM image of Comet 67P/C-G taken on 2 June 2016, 23.6 km from the nucleus. The scale is 2.0 m/pixel and the image measures 2.1 km across. The faint vertical striping effect, especially visible in the top right corner of this view, is an image artifact. Credits: ESA/Rosetta/NAVCAM – CC BY-SA IGO 3.0

The smooth-covered terrains visible on the small lobe are part of Ma’at, a region blanketed in dust and punctuated with several boulders, especially towards the lower edge in this view. Below the boulders is the scarp that separates Ma’at from Anuket, a rougher region, cast in shadow in this image, which declines steeply towards the comet neck.

In the lower part of the image, on the neck region of Hapi, streaks of boulders stand out against a smooth cover of dust. Towards the left, parts of the Babi region can be seen, degrading smoothly into the terrains of Seth, in the lower left corner.

A few days later, on 6 June, Rosetta’s OSIRIS narrow-angle camera captured a striking view of a different portion of the large comet lobe, showing the boundary between Imhotep, in the top half, and Ash, in the lower half.

OSIRIS narrow-angle camera image taken on 6 June 2016, when Rosetta was 22.9 km from Comet 67P/C-G. The scale is 0.40 m/pixel and the image measures about 820 m. Credits: ESA/Rosetta/MPS for OSIRIS Team MPS/UPD/LAM/IAA/SSO/INTA/UPM/DASP/IDA

The image (above) shows the variety of smooth and rocky terrains found on Imhotep, as well as the 45-m boulder Cheops and two neighbouring large boulders towards the top right. The complexity of Imhotep contrasts nicely with the dust-covered portions of Ash, in the lower part of the image.

Another OSIRIS narrow-angle camera image, taken on 7 June about 64 km from the nucleus, portrays one more patch of the large lobe of Comet 67P/C-G.

OSIRIS narrow-angle camera image taken on 7 June 2016, when Rosetta was 64.2 km from Comet 67P/C-G. The scale is 1.16 m/pixel and the image measures about 2.4 km. Credits: ESA/Rosetta/MPS for OSIRIS Team MPS/UPD/LAM/IAA/SSO/INTA/UPM/DASP/IDA

Along the top-right-to-bottom-left diagonal, the image (above) shows the complex terrains of Atum, characterised by numerous depressions and linear features; in the lower part of the image, a small portion of the Anubis region is visible, housing with many boulders, and transitioning towards Ash in the lower right corner. 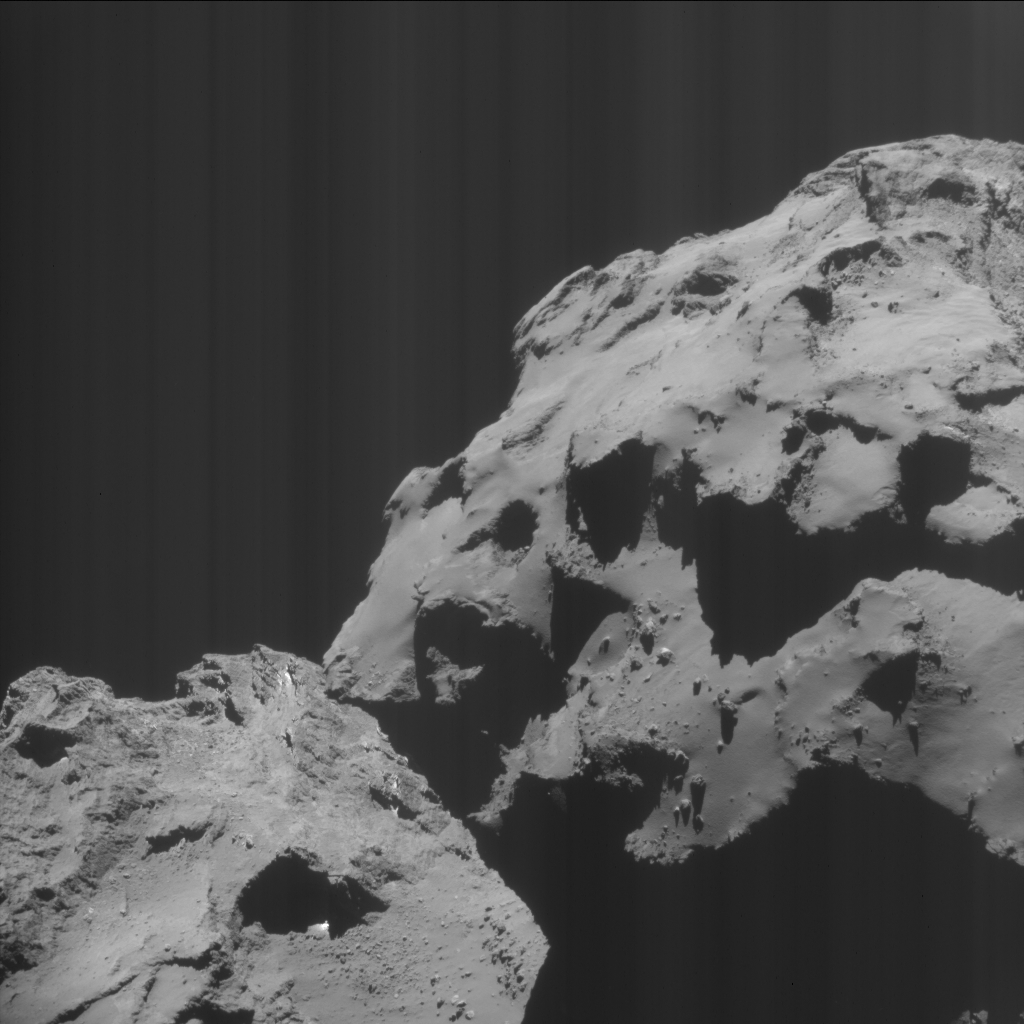