This week’s CometWatch is an image taken with Rosetta’s NAVCAM on 1 May 2016, when the spacecraft was 18.8 km from the nucleus of Comet 67P/Churyumov-Gerasimenko. 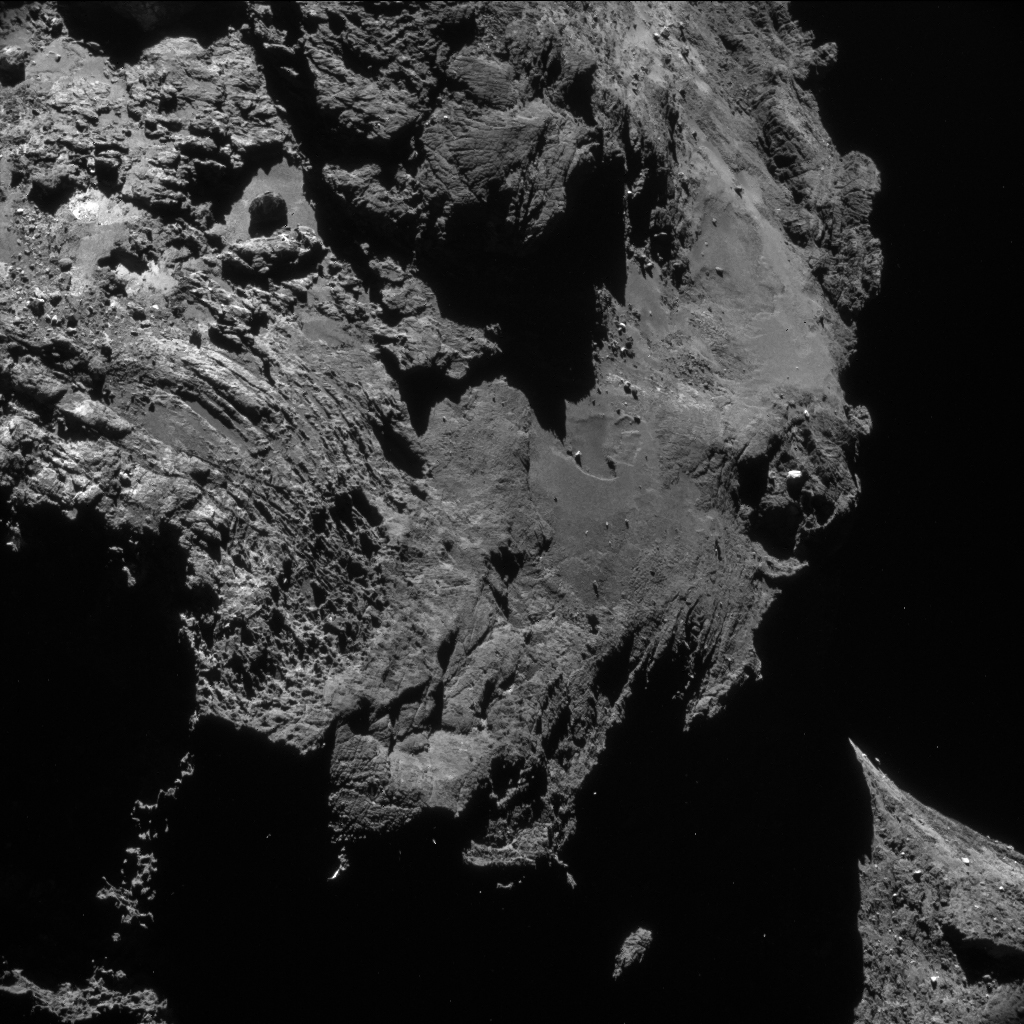 The view shows a portion of the large comet lobe on the left, while hints of the neck and small lobe are visible in the lower right corner. On the large lobe, the image reveals the striking difference between the Atum region, on the left, and Anubis, on the right.

The irregular terrains of Atum display the complex morphology of this region, with depressions, a wealth of linear features and only a few boulders. The adjacent Anubis, instead, is characterised by smooth terrains punctuated with several boulders.

The sharp boundary separating Anubis and Seth is visible on the right edge, and a small portion of Anuket, on the small lobe, can be see in the lower right.

A different perspective is portrayed in this recent image captured by Rosetta’s OSIRIS narrow-angle camera on 3 May. In this orientation, the Wosret region, on the small comet lobe, is visible on the left, declining towards Sobek, on the neck, and further to the large lobe on the right.

Another OSIRIS image, taken with the same camera just a few hours earlier, shows a patch of Imhotep, on the large lobe, in staggering detail, uncovering the smooth deposits and boulders that cover this region. 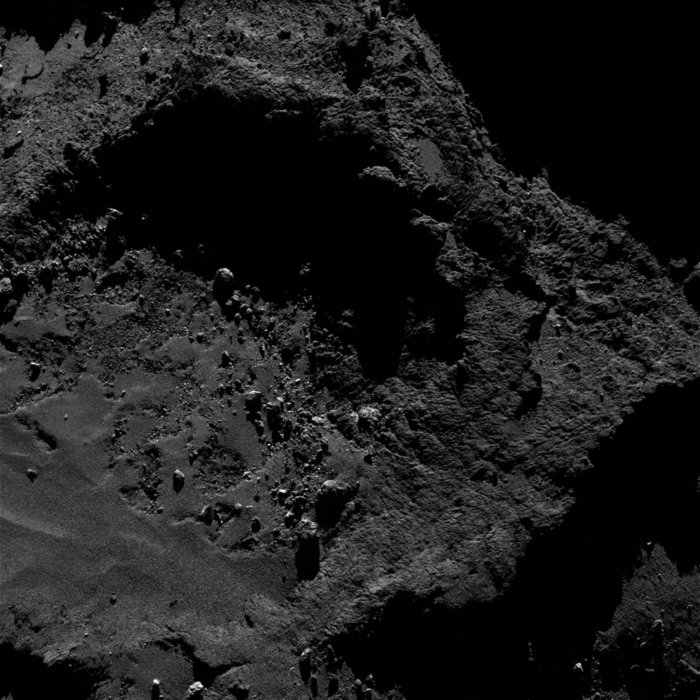 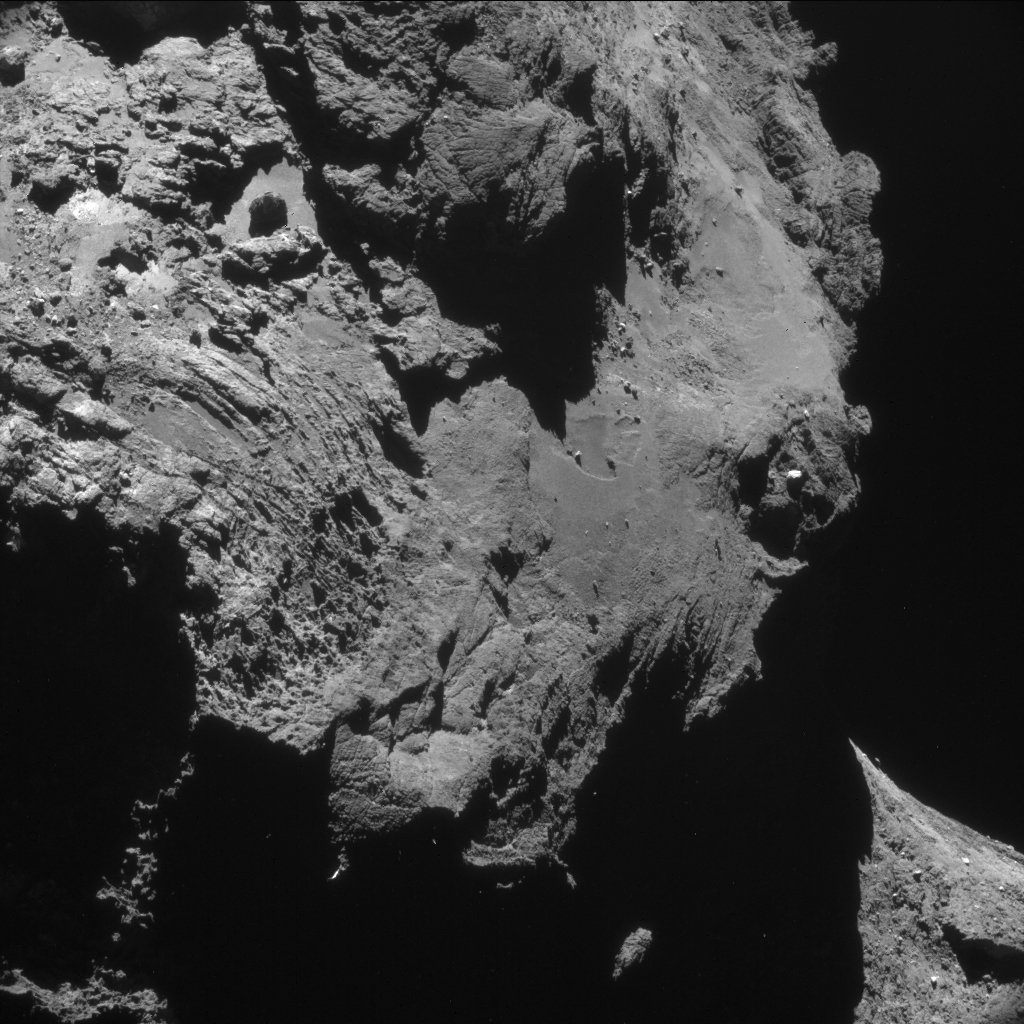