Space science image of the week: Around Anuket

A recent NAVCAM image of Comet 67P-Churyumov Gerasimenko is featured as our ESA Space Science Image of the Week.

Vaguely suggestive of a face immersed in deep thoughts, the image shows the rough landscape of Anuket, a region of rugged terrains on the small comet lobe and declining towards the large lobe, which is located beyond the lower-right corner of the image. 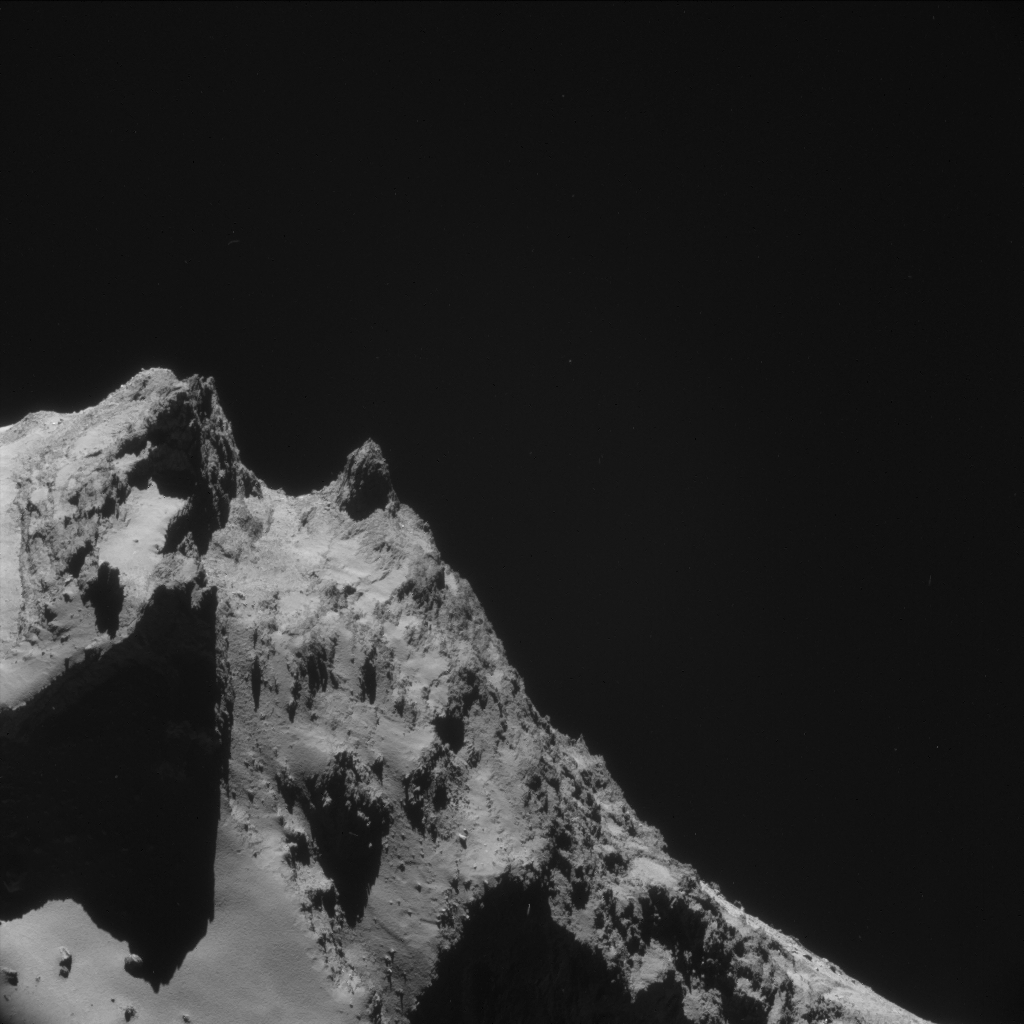