After a far excursion to explore the tail of Comet 67P/Churyumov-Gerasimenko, Rosetta is now back to closer distances from the comet nucleus. This week’s CometWatch image was obtained with Rosetta’s NAVCAM at 01:39 UTC on 10 April 2016, 31.4 km away. 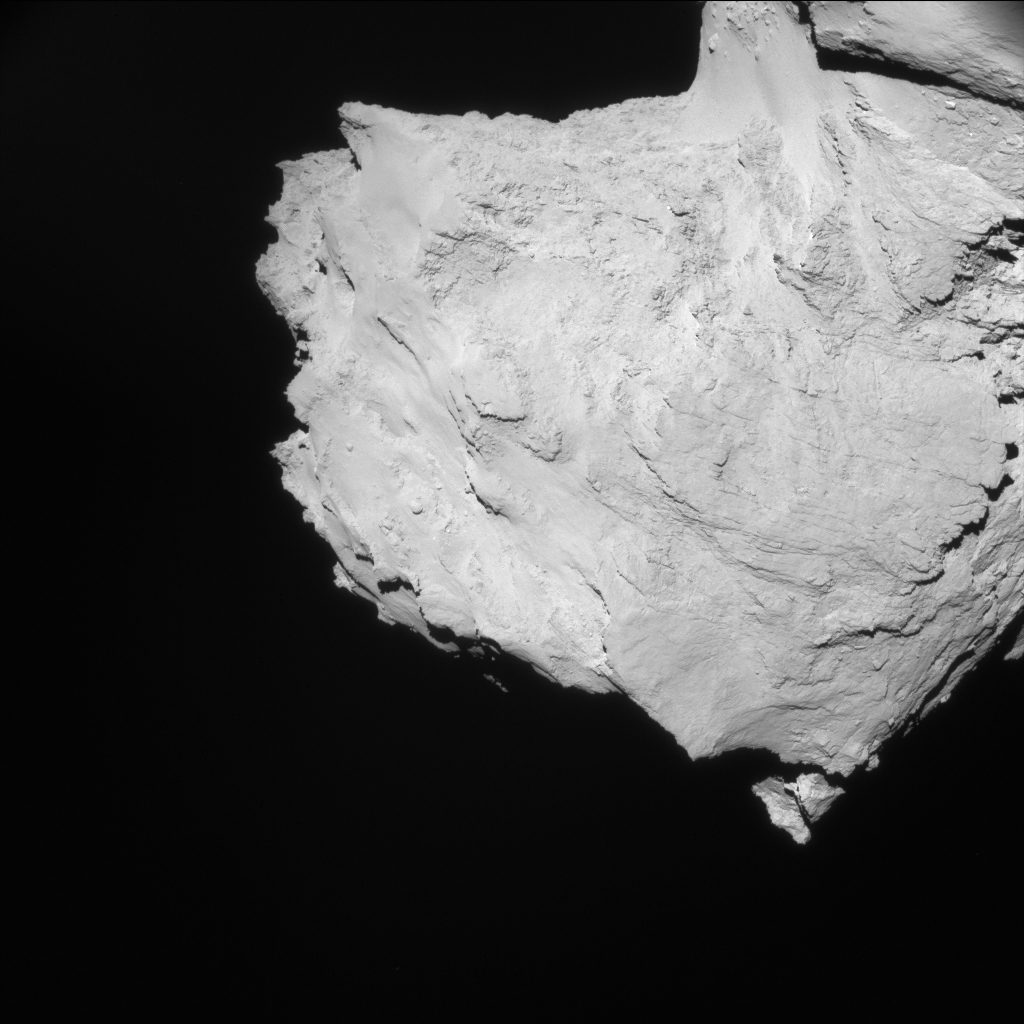 On the night between 9 and 10 April 2016, the spacecraft performed a special flyby, 30 km from the nucleus and with a phase angle very close to zero degrees.

In this configuration, Rosetta could see the sunlight hitting the nucleus at right angles, and therefore observed very little shadows on the surface.

The CometWatch image was taken shortly after the closest approach on this flyby, at a phase angle of 11.7 degrees.

Moving towards the lower left, portions of the rough Hathor region are visible, as well as parts of Ma’at farther on the left. The linear and almost parallel features visible on the right, instead, are part of Bastet.

The three-dimensional aspect of the nucleus and of its characteristic surface features is almost lost in this low phase-angle view, due to the scarcity of shadows. This is even more evident in the image captured by Rosetta’s OSIRIS wide-angle camera at 00:57 UTC on 10 April, about one hour before the NAVCAM view, at a phase angle of 0.9 degrees. 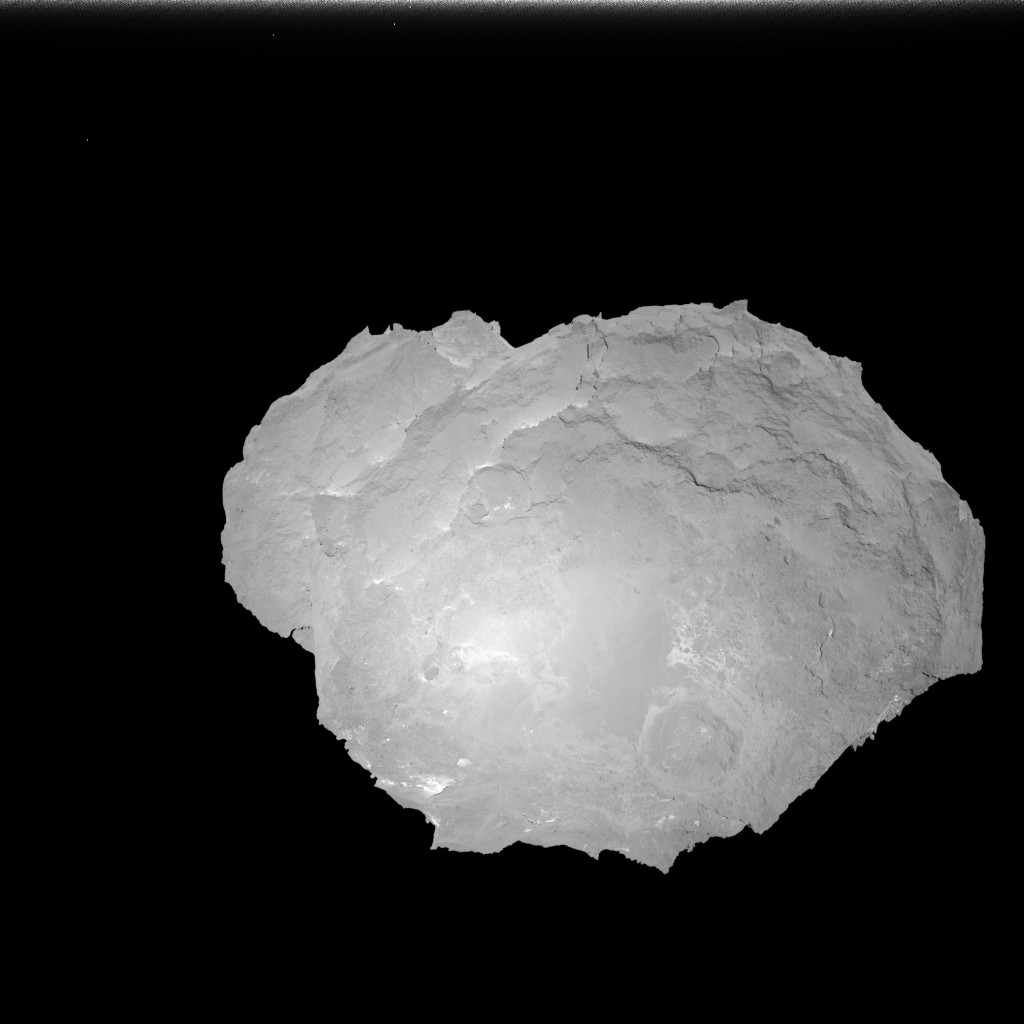 Parts of Imhotep, Khepry and Ash are also featured in this OSIRIS narrow-angle camera image, taken somewhat earlier, at 00:10 UTC on 10 April, at a phase angle of two degrees. 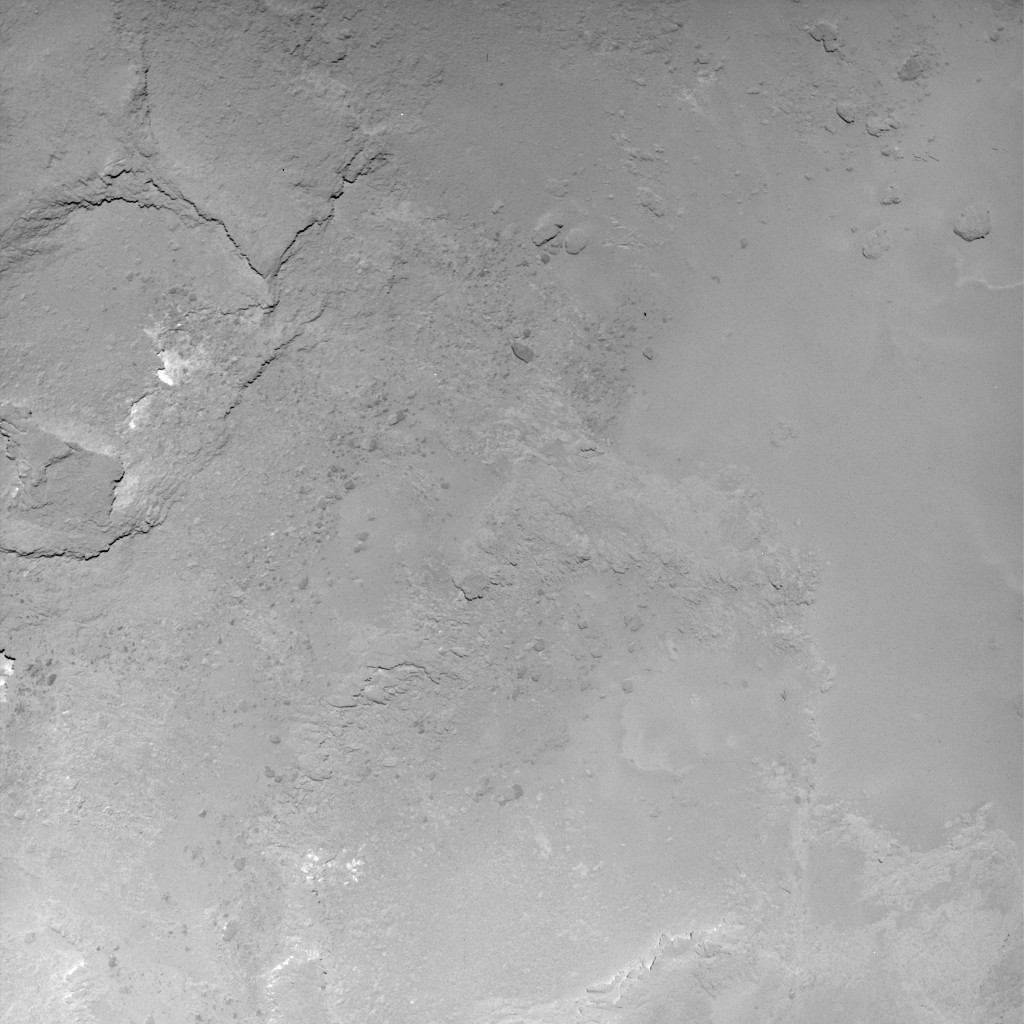 With hardly any shadows cast on the surface, the morphological differences between the three regions do not markedly appear. However, we can still recognise the smooth terrains of Imhotep in the right half of the image, while the cliff in the upper left corner is part of Ash and the rougher areas at the centre and towards the lower left belong to Khepry. 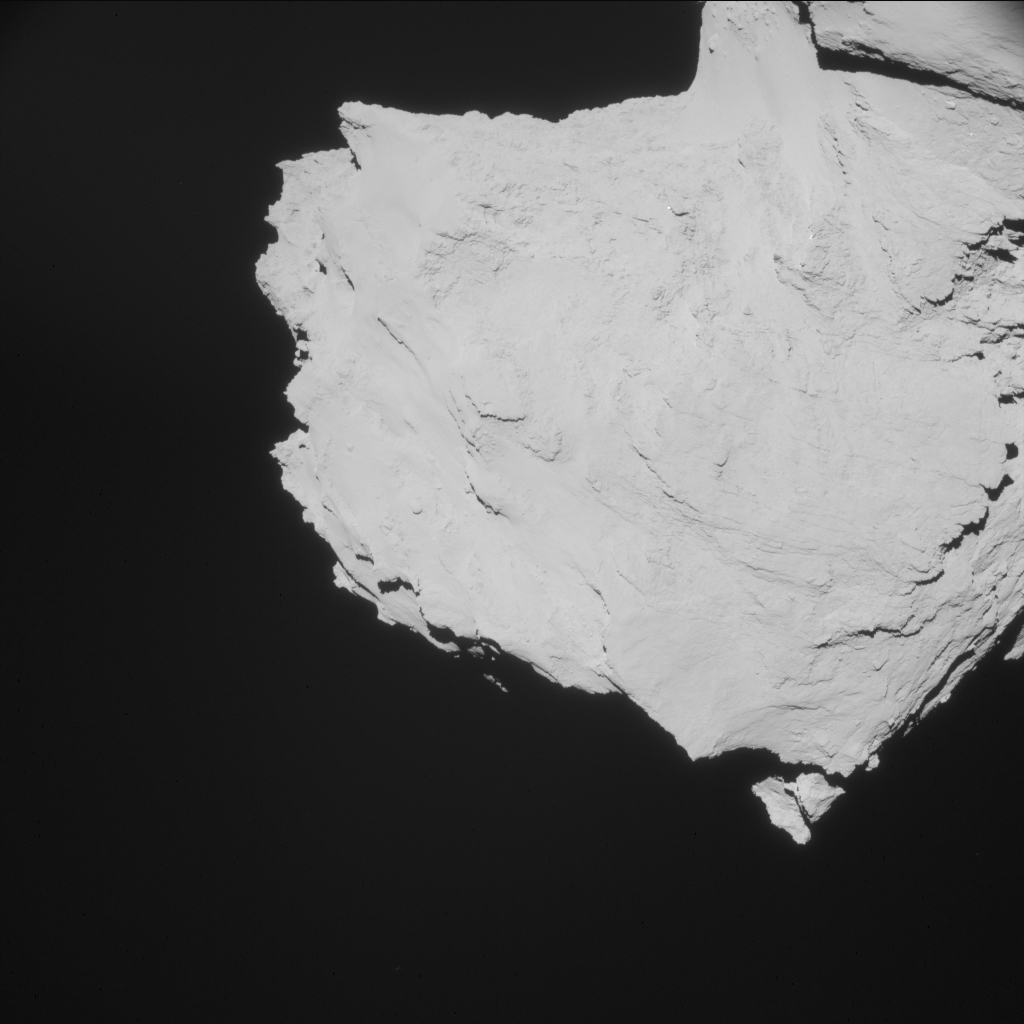