This week Rosetta has been moving back towards Comet 67P/Churyumov-Gerasimenko again following its far excursion in the anti-sunward direction to study the wider coma, tail and plasma environment. 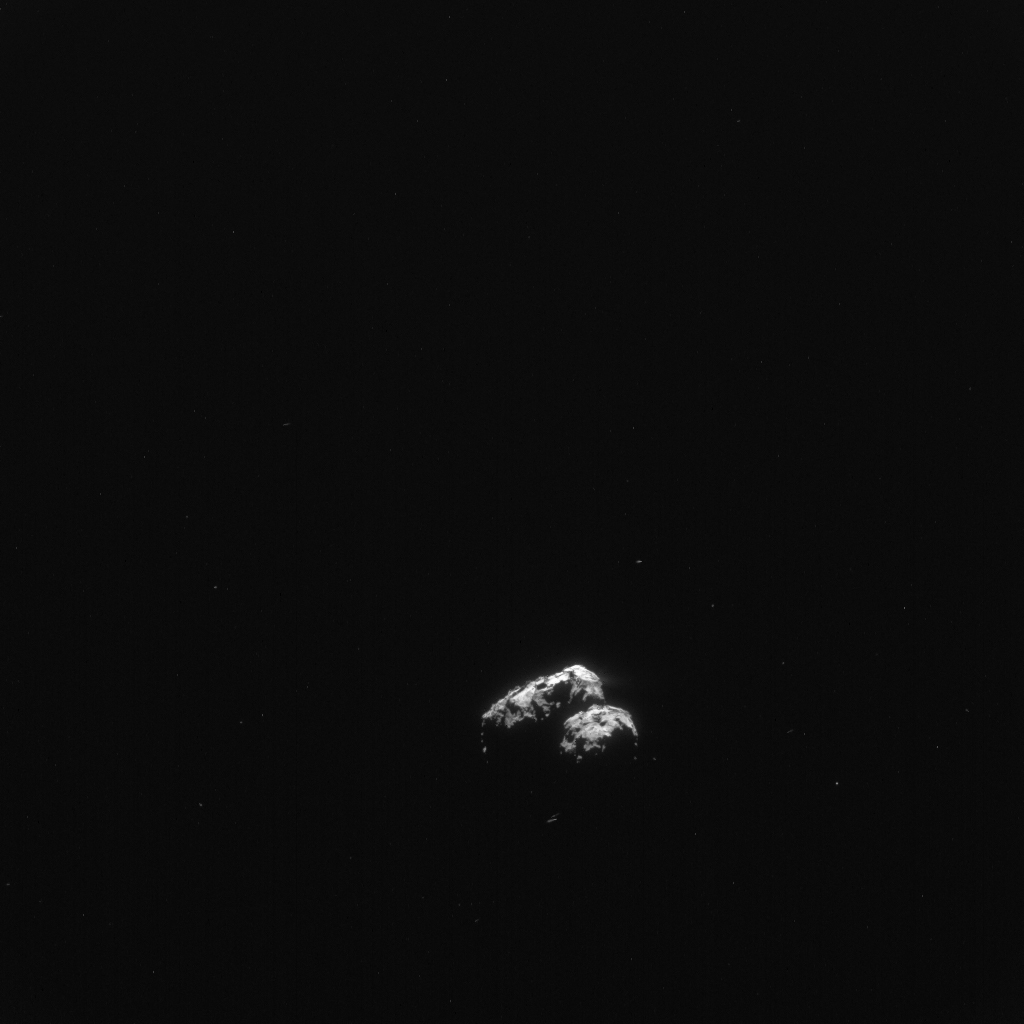 The spacecraft reached ~1000 km on 30 March and is now less than 100 km again. Today’s CometWatch image was taken on the inbound leg of the journey, on 4 April, from a distance of 338 km.

Even at this distance, a number of the comet’s regions can be picked out: notably the flat surface of Khepry to the top right of the large lobe with Aker ‘below’ and Babi to the left in this orientation. On the small lobe, Hatmehit is in shadow to the lower right with parts of Bastet and Ma’at above and to the left. 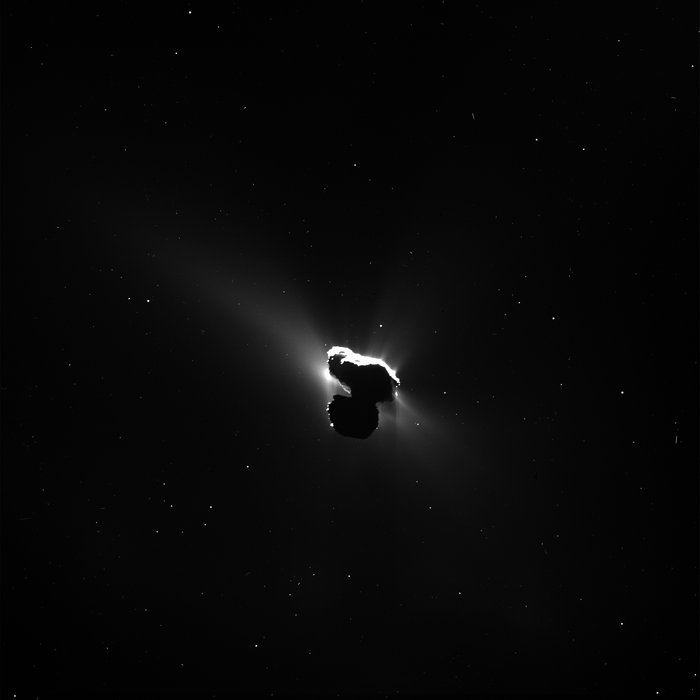 Earlier this week we also saw views from the far excursion through Rosetta’s OSIRIS narrow- and wide-angle cameras, from distances of 820 km on the outward journey (above), and 442.3 km on the return journey (right), respectively.

The spacecraft continues to approach the comet and over the weekend it is set to carry out a zero phase flyby at around 30 km altitude. 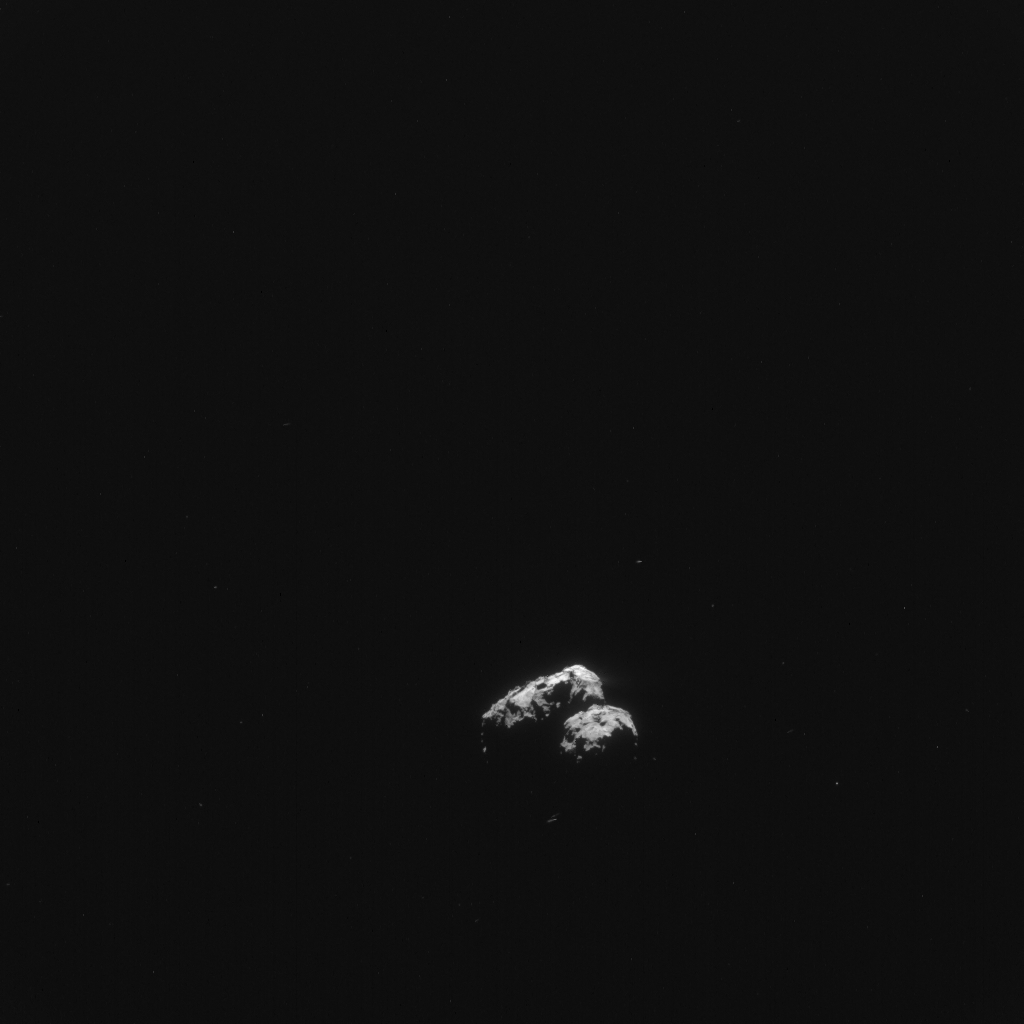