This week’s CometWatch entry from Rosetta’s NAVCAM was taken on 19 March from a distance of just 12 km. 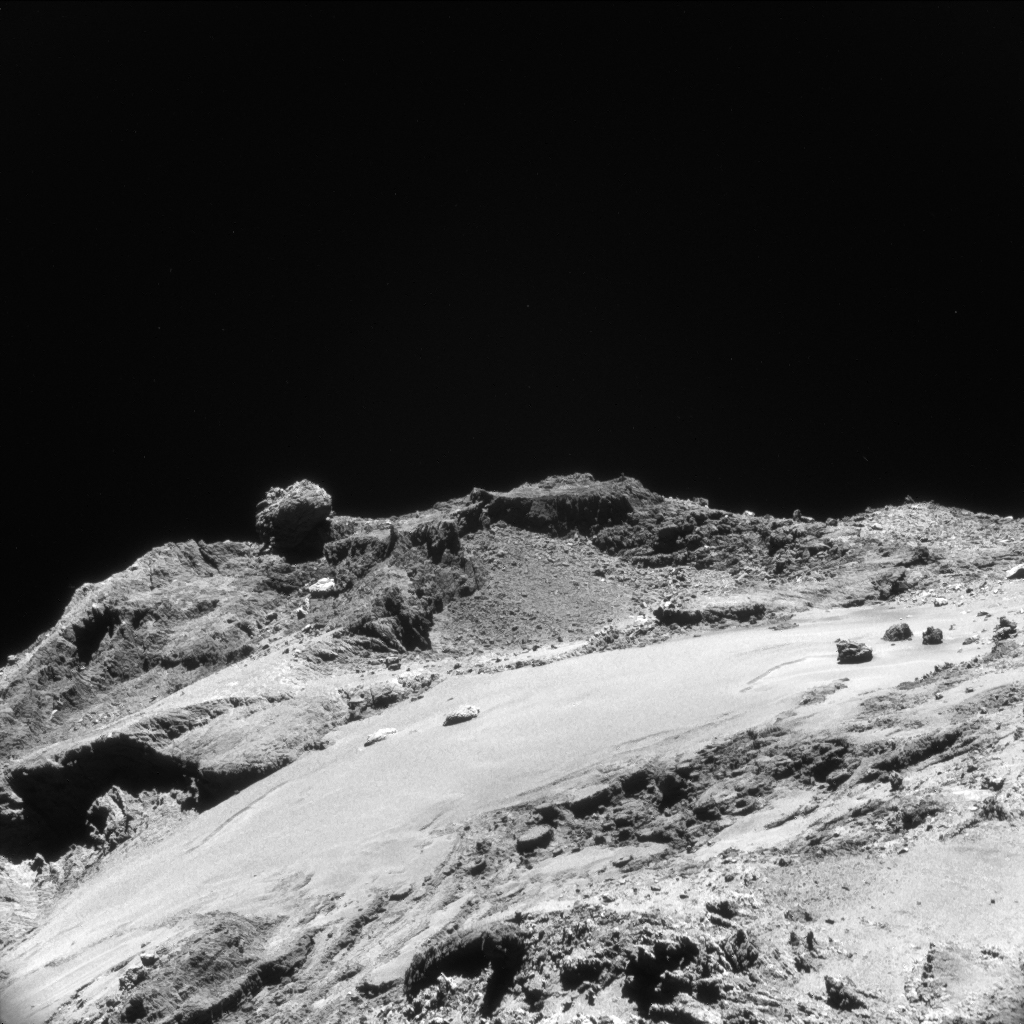 Lightly enhanced Rosetta NAVCAM image of Comet 67P/Churyumov-Gerasimenko taken from a distance of 12 km. The image scale is 1 m/pixel and the image measures 1.1 km across. Credit: ESA/Rosetta/NAVCAM – CC BY-SA IGO 3.0.

It captures a beautiful oblique view across the plains of Imhotep, taking in the cluster of boulders to the right of the image that includes 25m high Cheops.

The rugged, fractured terrain and debris slopes in the background, where Imhotep meets Khepry, makes for a spectacular horizon.

This region can also be seen, albeit from a much different orientation but which shows the wider context of the region, in the OSIRIS wide-angle camera image below captured on 16 March. 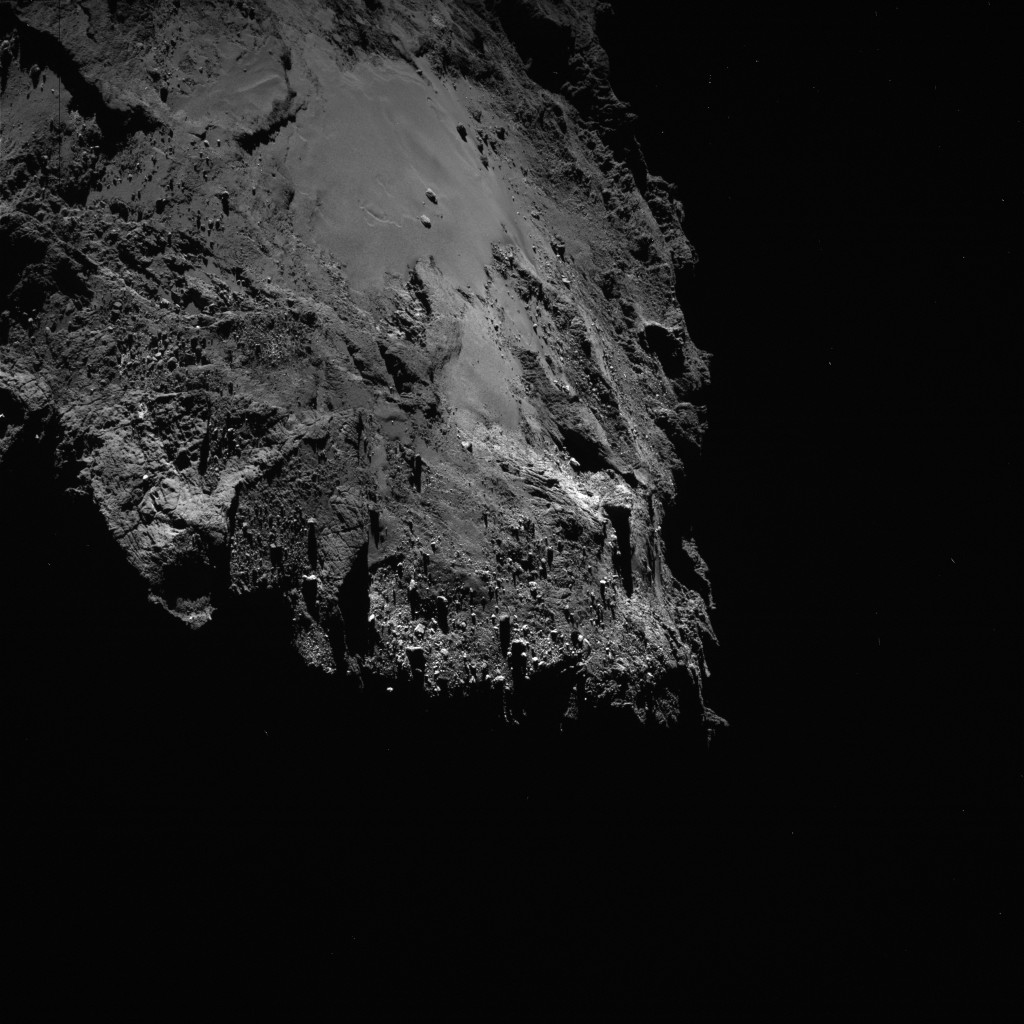 Following the brief encounter at these close distances, Rosetta is now heading out on an anti-sunward excursion to around 1000 km to investigate the comet’s wider coma, tail and plasma environment. Today, 24 March, Rosetta is already over 200 km away from the comet. The current plan is for Rosetta to make a 30 km zero phase flyby around 9 April, before entering back into closer bound orbits by 21 April.

Follow the spacecraft’s trajectory in the coming weeks with the Rosetta NOW tool. 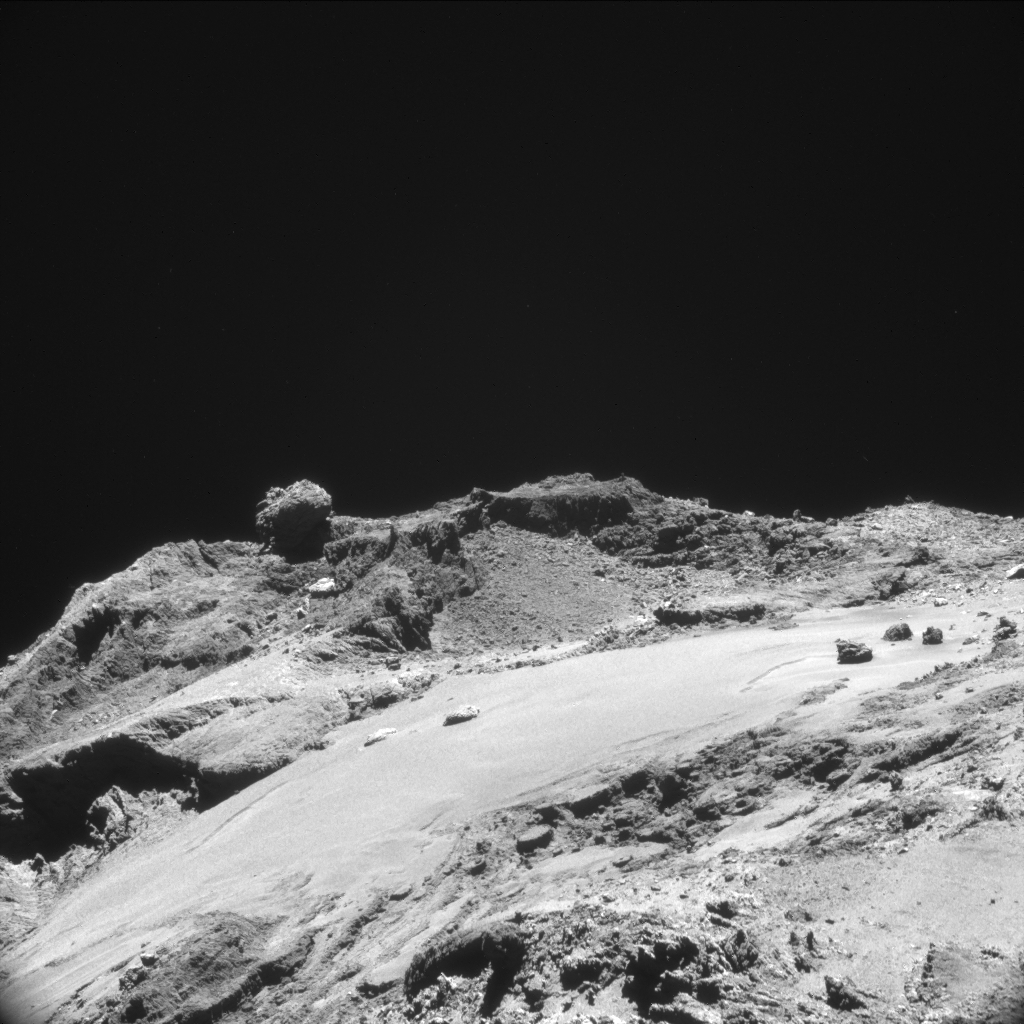